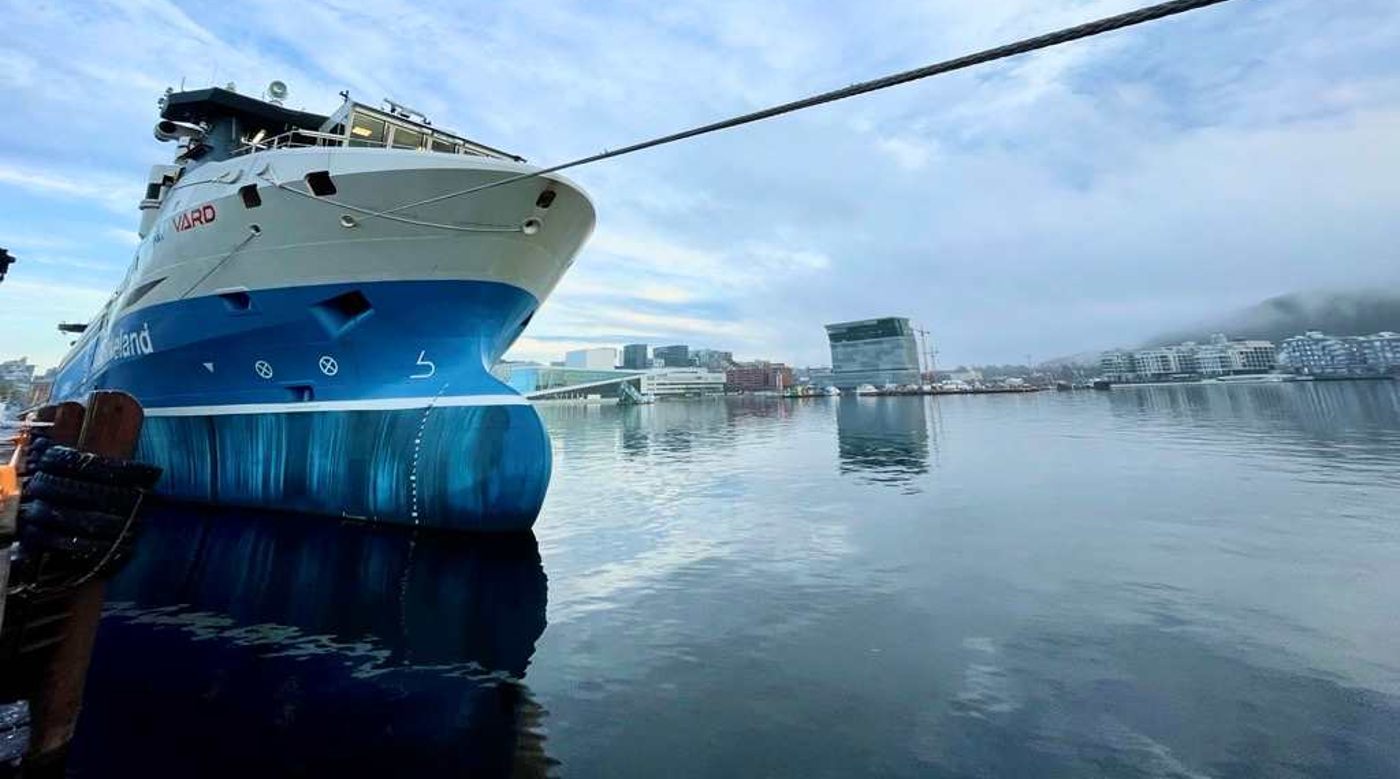 Their ancient ancestors brought many modern sailing techniques to the North Sea, and now the Norwegians have successfully launched the world’s first electric autonomous container ship.

Built by Yara to transport their mineral fertilizer stocks between the towns of Porsgrunn and Brevik, a trip which normally requires 40,000 trips by diesel truck per year, the Yara Birkeland will save around 1,000 tons of CO2 annually.

On November 19th, Yara Birkeland departed for a crewed maiden voyage—which included Norway’s prime minister—on a short 43-mile trip across the fjord from Horton to Oslo.

“We have been looking forward to this day for a long time,” stated Svein Tore Holsether, CEO of Yara. “This is an excellent example of green transition in practice, and we hope this ship will be the start of a new type of emission-free container ships. There are a lot of places in the world with congested roads that will benefit from a high-tech solution like this.”

Onboard the 262-foot (80 meter) vessel is a 6.8 megawatt-hours battery pack that can generate 17 mph (28 kph). It can carry 3,200 tons of fertilizer, and should begin commercial operations next year while it carries out lengthy certification for its autonomous navigation technology.

“Norway is a big ocean and maritime nation… the project demonstrates how we have developed a world-leading innovation that contributes to the green transition and provides great export opportunities for Norwegian technology and industry,” stated Geir Håøy, CEO of the Kongsberg Group, the firm responsible for delivering all the technologies, including the navigation ones, onto the Yara Birkeland.

In parallel with the development of the Yara Birkeland, Yara, the world’s largest producer of fertilizer, has launched an ambitious program to develop a zero-emissions fuel source by using their own massive stocks of ammonia, a key component in the fertilizer making process, and one which could be responsible for as much as 1.2% of global annual greenhouse gas emissions.

“As the world’s largest producer of ammonia, Yara has launched an offensive plan of international scale, both to remove current emissions and to establish the production of new, clean ammonia,” says Magnus Krogh Ankarstrand, CEO of Yara Clean Ammonia.

(WATCH the ship’s maiden voyage below…)

SAIL This Positive Story Over to Your Social Feeds…