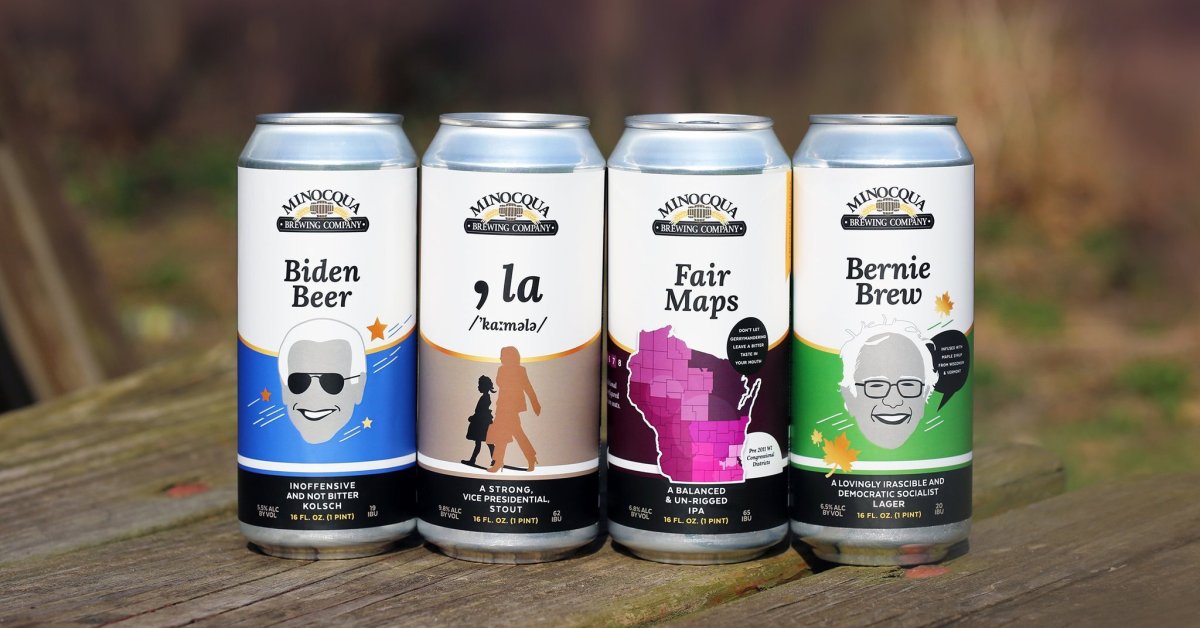 Shannon Jensen was diligent about making sure her sons wore masks to school when classes resumed in September. Other parents in Waukesha, Wis., weren’t. And three weeks after school opened, Jensen’s eldest son, who was seated next to an unmasked classmate who had COVID-19 symptoms, fell ill with the virus.

Soon, another of her boys had tested positive, according to a lawsuit that marks a new twist in the ongoing battle over what schools should be doing to protect children from the coronavirus. While parents across the country have filed lawsuits against states and school districts to protest mask mandates, Jensen, with backing from a local beer maker, is suing to force all of Wisconsin’s school districts to require masks and other safety measures in classrooms.
[time-brightcove not-tgx=”true”]

Her lawsuit, filed Oct. 6, is one of two being funded by the Minocqua Brewing Company Super PAC over schools’ handling—or alleged mishandling—of in-person learning during the pandemic. Kirk Bangstad, who owns the brewery and who ran unsuccessfully as a Democrat against a Republican incumbent in the Wisconsin State Assembly last year, calls this “the boldest project we’ve ever taken on.”

“We’re not looking for damages. We’re looking for a judge to basically place an injunction on school districts who aren’t following the CDC guidelines for masking, social distancing, contact tracing and quarantining in schools,” says Bangstad, who has raised more than $50,000 through the super PAC to fund the lawsuits. “We’re not looking for money.”

Bangstad launched his super PAC in January, but before then, his brewery’s political leanings were clear. It has offered a “Biden Beer” (marketed as “inoffensive and not bitter”), a “Bernie Brew” and a stout honoring Vice President Kamala Harris, described as “the strongest beer we could make.”

<strong>“We’d like to see a lot more progressive organizations and politicians join us on the battlefield against these wild-eyed regressive school boards.”</strong>Both lawsuits accuse the plaintiffs’ local school districts of “recklessly refusing to implement the reasonable and scientifically supported COVID-19 mitigation strategies,” alleging they failed a duty to keep students safe and “threw students into a COVID-19 ‘snake pit.’” Bangstad is seeking class-action status for the suits, aiming to force every school district in the state to follow Centers for Disease Control and Prevention guidelines. (The CDC recommends that all students and staff wear masks in school, regardless of vaccination status, and recently published two studies showing that schools without mask requirements were more likely to have virus outbreaks than schools with mask mandates.) More than 850,000 students attend the state’s public K-12 schools.

Bangstad’s advocacy began when he closed his brewpub in September 2020 because of business challenges during the pandemic and pivoted to selling beer. “I started a super PAC as part of that pivot, with the aim of raising money to make Wisconsin more progressive, so we’d never have to face a Donald Trump again,” he says.

While he doesn’t have children of his own, he recently turned his attention to the “fast and furious onslaught” of conservative protests against school boards around the country and in his own state.

“We’d like to see a lot more progressive organizations and politicians join us on the battlefield against these wild-eyed regressive school boards,” Bangstad wrote in a blog post about the lawsuits, encouraging others to sue their local school board if their kids contract COVID-19, or organize a recall of school board members who oppose mask mandates.

‘Outbreak in the classroom’

Jensen, whose sons attend Rose Glen Elementary School, sent her children to school in person last year when the school district required masking, temperature checks and contact tracing. Those rules were lifted this school year, according to the lawsuit filed in the U.S. District Court for the Eastern District of Wisconsin. School started on Sept. 1, and Jensen says in the lawsuit that her sons all wore masks to school. On Sept. 17, the suit says, a child in her eldest son’s classroom who had not been wearing a mask was sent home with symptoms of COVID-19. Two days later, Jensen’s son tested positive for the virus and missed six days of school with no virtual learning option while Jensen quarantined him at home in the basement, apart from his brothers.

According to her legal declaration included with the lawsuit, four students in her eldest child’s classroom tested positive for COVID-19, and one of her other sons also contracted the virus.

<strong>“I’m primarily hearing a lot of frustration that school boards and school districts are not taking fairly reasonable steps to protect students.”</strong>“It appeared there was an outbreak in the classroom and a substantial delay in notifications going out to the parents,” Jensen said. “The School District of Waukesha’s refusal to implement reasonable COVID-19 mitigation strategies, not only affected our immediate family, but if we had been notified sooner of my oldest son’s close contact with someone who was diagnosed with COVID-19, we could have prevented possible further community spread of the virus.”

James Sebert, superintendent of Waukesha schools, and Joseph Como, president of the Waukesha Board of Education, declined to comment.

The second lawsuit was filed Monday in the U.S. District Court for the Western District of Wisconsin by Gina Kildahl, whose son attends Fall Creek Elementary School in Fall Creek, Wis. Two of his classmates tested positive for COVID-19, at least one of whom didn’t wear a mask in school, and Kildahl’s son tested positive days later on Sept. 27, according to the lawsuit. Kildahl chose to quarantine him, and he missed two weeks of school. Leaders of the Fall Creek school district and board of education did not respond to requests for comment.

Frederick Melms, an attorney representing Jensen and Kildahl, says he’s heard from parents in other states who are interested in taking similar legal action. “I’m primarily hearing a lot of frustration that school boards and school districts are not taking fairly reasonable steps to protect students,” he says.

On social media, some have criticized Bangstad for using his super PAC to get involved in local school debates and accused him of using the litigation to promote his own beer. But he says it hasn’t bothered him: “If my beer sells well because I’m advocating to help keep kids healthy, then f-ck yeah.”