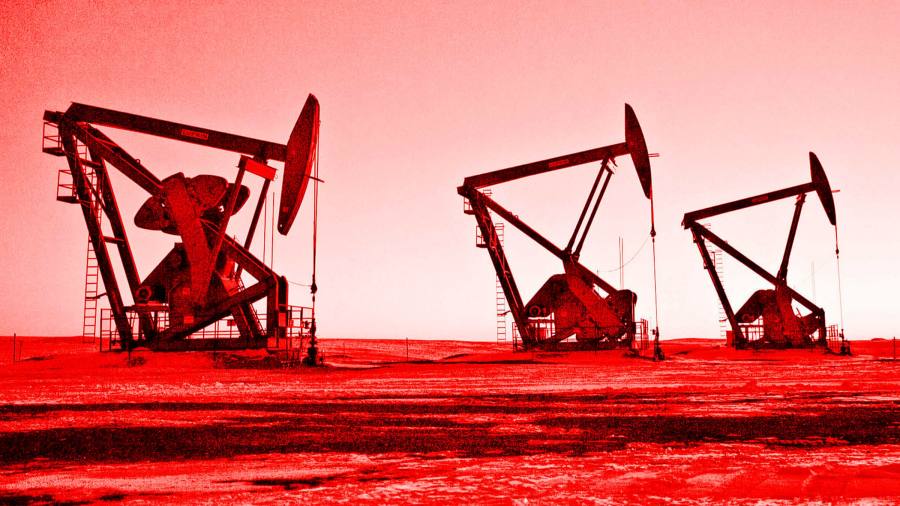 Welcome back to another Energy Source.

Last week, we polled our readers to ask whether the energy transition would be slowed by the deepening global energy crisis.

Fatih Birol, executive director of the International Energy Agency, weighed in yesterday, insisting that the world’s governments must redouble efforts to add renewable energy capacity to avoid the even bigger threat of climate change, but also to avert future fossil fuel supply crises too.

“There is an inaccurate campaign that’s saying we’re seeing the first crisis caused by clean energy and that this can become a barrier for further policy action to address climate change. But this is definitely not true,” he told the FT.

Birol urged governments attending the COP26 climate talks in Glasgow next month to send a “clear and unmistakeable signal” that they would redouble efforts to roll out renewables. And he talked of the “stubborn incumbency of fossil fuels in our energy systems” — quite a statement from the head of an agency that consistently called for more oil and gas production over the years.

It is still not clear to me that top-down solutions to the climate crisis — like those proposed at UN climate conferences — will retain popular support if the global energy crunch deepens.

People want reliable energy supply — whatever the source. But they want it cheap; especially the poor, who pay far more of their income on energy when prices rise. And right now, for many consumers, energy is neither reliable nor cheap.

Proposals for steeper carbon taxes and colossal clean-energy investments — the IEA said up to $4tn a year would be needed — to overhaul those “stubborn” fossil fuels, feels distant from the concerns of ordinary people who will struggle to pay their energy bills this winter.

One problem, as my colleague Rob Armstrong, author of the Unhedged newsletter, pointed out recently, is that high energy prices were the plan all along. How else were people supposed to be persuaded to ditch a lifetime of fossil fuel reliance if not by making it more expensive? (You can sign up for Rob’s newsletter here.)

And yet polling also shows that people are increasingly concerned about climate change.

Squaring the climate crisis with concerns over energy price seems straightforward to the politicians, whose bromides about easy job creation and this being a win-win situation were lampooned so precisely by Greta Thunberg recently, but it could be the biggest challenge of the energy transition.

In Energy Source today, meanwhile, our first note is on shale bosses, whose pay is rising again.

Data Drill picks out the pricey energy costs coming to a home near you in America this winter.

A new report from Alvarez and Marsal, a consultancy, finds that wages for executives at US oil firms are largely back to pre-pandemic levels. Some executives, though far from all, were forced to take a pay cut as the sector’s finances crumbled during last-year’s crash.

Executive pay will be watched closely by shale’s shareholders for any signs that the industry is slipping back into old free-spending habits after a round of pandemic-forced austerity.

The industry has come under heavy criticism from investors in recent years for lavishing rich pay packets and generous perks on its executives even as their companies racked up big losses and shareholders were hit by large drops in share prices.

Beyond the topline pay figure, among the largest shifts in industry pay has been separating chief executive pay from output growth. Many investors argued that pinning CEO pay to pumping ever more crude fuelled the industry’s growth-at-all-costs business model, which undermined its finances.

The report found that 47 per cent of companies surveyed are using production or production growth in determining executive pay, compared to more than 80 per cent in 2019.

But some executives are now incentivised to keep spending down and dividends high. Scott Sheffield, chief executive of Pioneer Natural Resources, told us recently that he would make more money from dividends on shares in his own company, than in pay.

The industry’s fortunes have turned this year as high oil prices and tight spending controls have led to bumper profits and surging equity prices. The XOP Oil and Gas Exploration and Production ETF, a fund of US producers, is up around 80 per cent so far this year after a miserable 2020, outpacing the S&P 500’s 16 per cent rise.

The promise of continued fiscal discipline and sky-high commodity prices is luring some investors back. But as my colleagues Laurence Fletcher and Derek Brower covered, institutional investors, which are under intense pressure to drop fossil fuels from their portfolios, have been slow to return.

The industry has tried to coax back some of those institutional investors with promises to tackle emissions and other environmental, social and governance (ESG) issues.

Part of that, the Alvarez and Marsal report points out, is increasingly linking oil executive pay to ESG metrics like emissions reductions.

Around two-thirds of companies have ESG incentives in place for executive bonuses, with most of those accounting for between 10 and 20 per cent of overall annual pay. (Justin Jacobs)

The winter price increase is driven by the current surge in fuel prices and cooler temperatures increasing demand. The EIA expects a slightly colder winter than the previous year and any unexpected cold snaps will further put pressure on supply and push projected prices up.

The EIA projection comes as many Americans are having trouble paying their bills. Nearly 15 per cent of households reported being unable to pay their energy bill at least once in the past 12 months in the latest Census Household Pulse Survey. (Amanda Chu)