Will Smith has taken to Instagram to share a nail-biting clip of him sitting on top of the world’s tallest building, the Burj Khalifa.

In a post shared with the caption, “Ever feel on top of the world?” the star is seen hanging out on the top of the dizzyingly tall building, overlooking the city of Dubai. Watch the breathtaking footage above.

The 53-year-old actor filmed his journey to the top of the building for his latest YouTube series called The Best Shape of My Life.

Smith did some serious cardio as he filmed himself climbing up 160 flights of stairs to reach the top of the 828 metre building.

The adventure-style clip forms part of his new YouTube series, in which the actor documents his weight loss journey.

The star is seen joking in the start of the video, as he preps himself to do some cardio running up the stairs of the Burj Khalfia.

Smith highlights the importance of fun and spontaneous workouts, telling fans, “This is the important thing about being in shape, you have to do such things for fun.”

The Fresh Prince of Bel-Air star was accompanied by his personal trainer Aaron Ferguson. He remarkably ascended 160 floors in a short 51 minute time frame.

Fans were quick to comment on the terrifying clip, with one user writing, “My stomach was doing somersaults when I watched this episode”.

Another added, “That is incredibly awesome and scary at the same time.”

For a daily dose of 9Honey, subscribe to our newsletter here 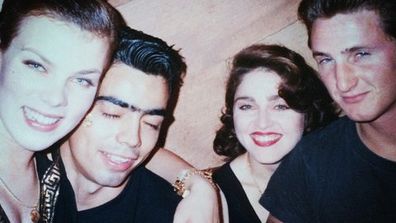