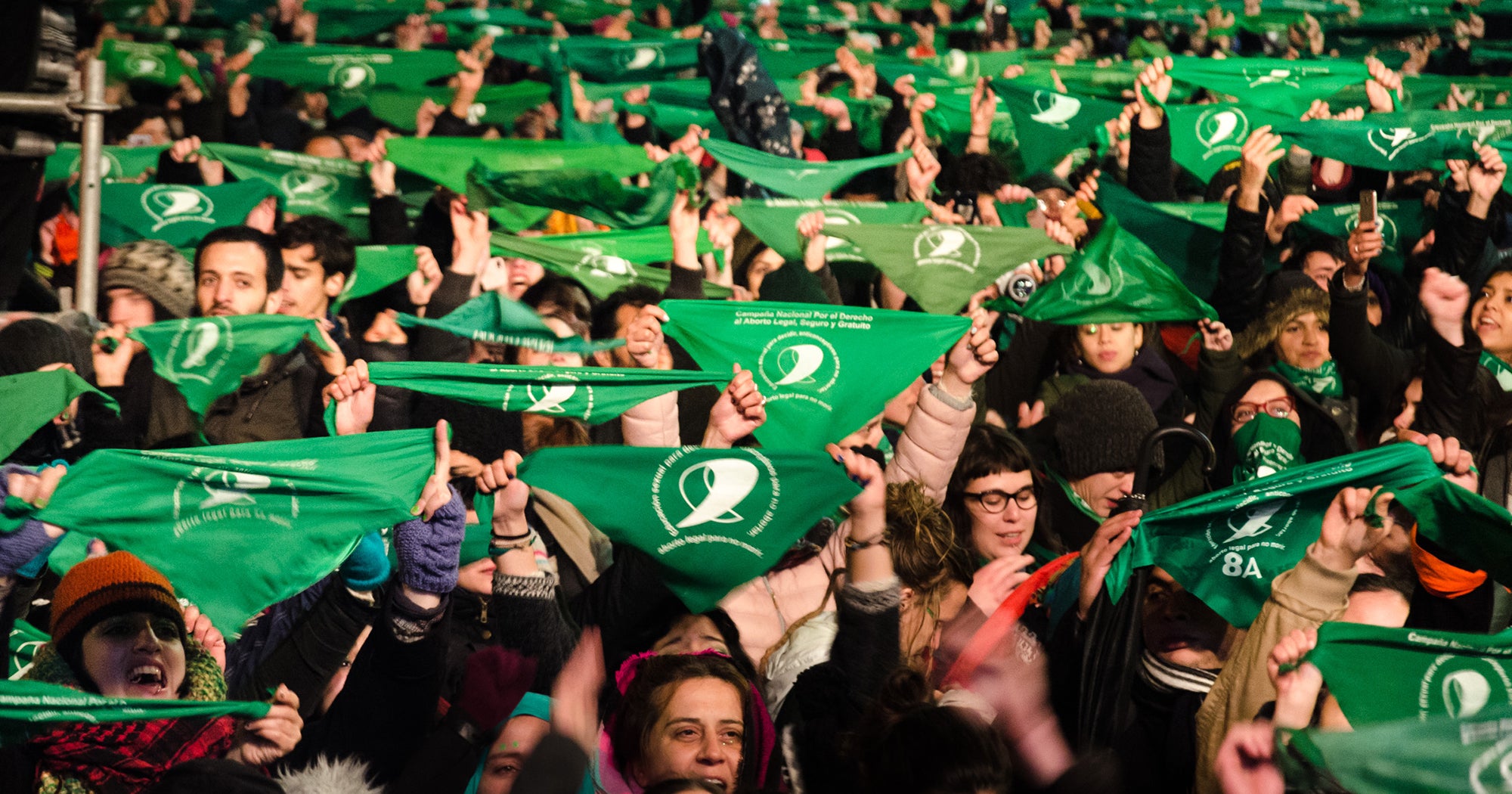 The movement started gaining momentum in 2015 when the #NiUnaMenos (Not One Woman Less) went viral demanding lawmakers enact policy to protect women amid an alarmingly high rate of femicides in the country. Three years later, the “Marea Verde” formed, after millions of activists, many wearing green scarves, marched in the streets of Argentina to support the legalization of abortion. “[The green scarf] slowly started showing up in other countries in the Latin American region, and it’s now a symbol in the fight for reproductive rights,” says Ardila.