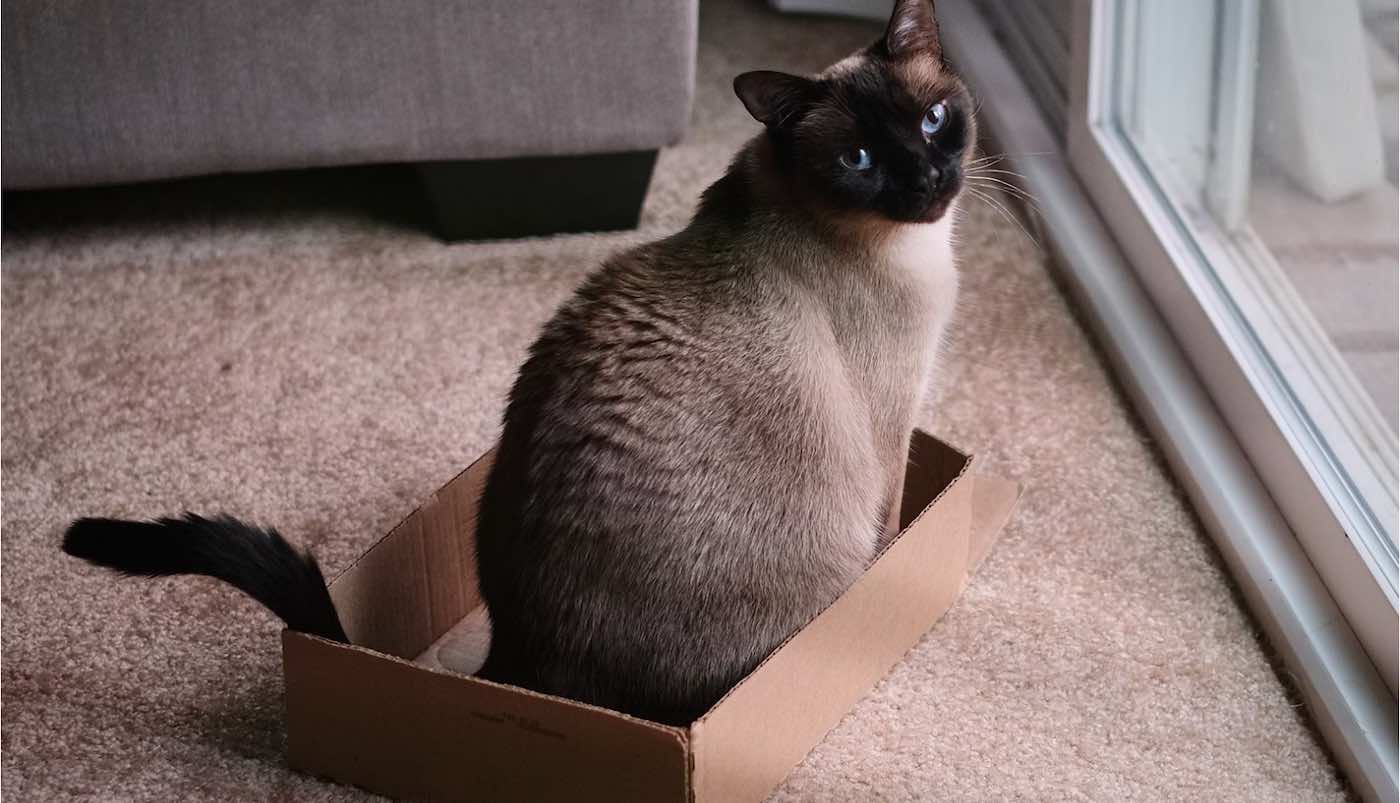 Most millennial cat owners will be familiar with the phrase “If I fits, I sits,” used so often to caption delightful online images of cats attempting to squeeze into a box, drawer, bag, bowl, or other container.

But if no such object were there, would cats still try to inhabit, say, inside a picture of a box drawn onto the floor?

Well, a researcher has found that, in their unquenchable desire to sit in boxes, cats are susceptible to being fooled by optical illusions.

He launched a recent citizen science project that recruited cat owners to try to pull the fur over the eyes of their kitties with the ‘Kanizsa contour illusion.’

The Kanizsa contour illusion is an image that demonstrates how our visual system works: perceiving shapes from the empty space before noting those made from solid objects.

Six Kanizsa images were randomly assigned to 30 cat owners, who for 30 days placed them on the floor to see how their cat interacted with them. The owners wore sunglasses to prevent eye contact influencing the cat’s behavior.

MORE: Cats Are Less Stressed in Families With Children Who Have Autism, Study Finds

The Kanizsa image was of a square, delineated only by four “Pacman” shapes forming the corners of the square. Just this was enough to bring seven cats consistently to the perfect Kanizsa square, and eight cats to another Kanizsa square in which the Pacman mouths were pointing outward. Just two chose to sit in a misshapen square.

“To the best of our knowledge, this investigation is the first of its kind in three regards: a citizen science study of cat cognition; a formal examination into cats’ attraction to 2D rather than 3D enclosures; and study into cats’ susceptibility to illusory contours in an ecologically relevant paradigm,” author Gabriella Smith, an animal behaviorist at Hunter College NY, wrote in the study.

So pleased to announce that my paper, “If I Fits I Sits: A Citizen Science Investigation into Illusory Contour Susceptibility in Domestic Cats (Felis silvestris catus) has just been published in AABS! #IfIFitsISits #CatSquare #CitizenScience #CommunityScience pic.twitter.com/AXbDttnOGC

Essentially cat eyes are primed to detect enclosures; so much so that they can find them even if they are only mildly delineated in a 2D environment. It’s safe to say they’re box-seeking missiles, and it’s no wonder they’re so attracted to them.

LET the Cat Out of the Box, Just This Once – Share This Curious Finding…