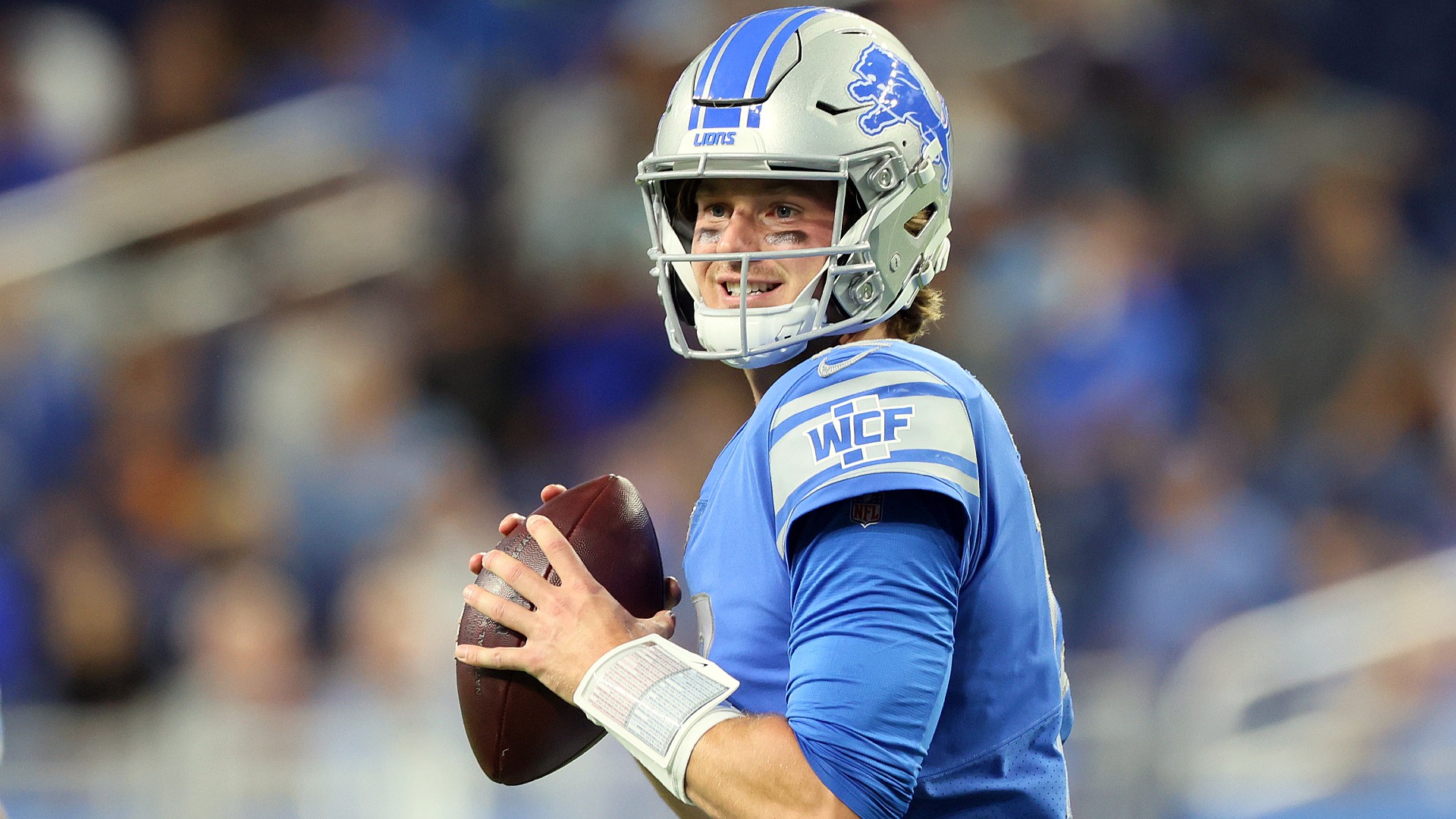 The last remaining winless team in the NFL will attempt to finally get on the board on Sunday — without its starting quarterback.

Lions starting quarterback Jared Goff will reportedly miss Sunday’s game at the Browns with an oblique injury, forcing backup Tim Boyle into action for the first time all season. It will be the fourth-year player’s first start of his career — and only the 12th game in which he has appeared.

It’s certainly not an ideal situation for Boyle, but what does Detroit have to lose at this point? At 0-8-1 on the season, any chance at making the NFL playoffs is fast disappearing, if not already long gone. Perhaps Boyle can come in and lead the Lions to a stunner over Cleveland.

It may be something he has to do twice in the span of just five days. Per NFL Network’s Ian Rapoport, there’s a significant chance Goff won’t be able to return in time for the Lions’ Thanksgiving game vs. the Bears:

There was some thought to #Lions having QB Jared Goff (oblique) active today, but it is not to be. He’ll be out, Tim Boyle will start & there is a really quick turnaround to Thursday’s early kickoff. While Goff has a chance in that and will want to, it may be an uphill battle.

Will Boyle rise to the challenge? Or will the Lions remain winless with him leading the way? Only time will tell. Until then, here’s everything you need to know about Boyle as he attempts to get Detroit its first win of the year.

Boyle’s NFL stats to this point of his career aren’t exactly eye-opening. Per NFL.com, he has appeared in a combined 11 games over the 2019 and 2020 seasons. Boyle’s first career game came during Week 7 of the 2019 season. He was part of the Packers’ victory formation package, kneeling the ball three times for minus-3 yards.

Later that season, Boyle came on late in a Week 12 rout of the Raiders, completing 3 of 4 passes for 15 yards. To date, those are the only passing stats he has compiled in his NFL career. He appeared against the Giants the following week, kneeling twice for a loss of 4 yards in the 31-13 victory. He appeared in seven games during the 2020 season, getting credited with 13 rushes for a loss of 9 yards.

Boyle appeared in three preseason games in 2021 for the Lions, completing 22 of 39 passes for 137 yards and a score.

Where did Tim Boyle go to college?

Boyle played three seasons at UConn from 2013-15, starting 10 games during that span. His Huskies career saw him complete a combined 133 passes of 275 passes for 1,237 yards and one touchdown to 13 interceptions. He is also credited with 49 rushes for a loss of 122 yards.

Boyle transferred to Eastern Kentucky in 2016, sitting out a redshirt year as part of the NCAA’s transfer rules at the time. In 2017, Boyle — then a redshirt senior — started all 11 games for the Colonels. They went 4-7 with Boyle quarterbacking the team, though he did lead the Ohio Valley Conference in passing that season. He completed 201 of 327 passes (61.5 percent) for 2,134 yards and 11 touchdowns to 13 interceptions. He rushed 19 times for a loss of 40 yards, but did score a touchdown on the ground.

Where was Tim Boyle drafted?

Boyle signed with the Packers as an undrafted free agent following the 2018 NFL Draft. He appeared in three games during the preseason, completing 26 of 53 passes for 294 yards and three touchdowns to two interceptions. He made the Packers’ 53-man roster as the third-string quarterback behind Aaron Rodgers and DeShone Kizer.

Boyle was expected to become a restricted free agent following the 2020 season, though the Packers did not extend him a tender at the start of the league year, allowing him to become an unrestricted free agent. He signed a one-year contract with the Lions on March 22, 2021 before he was placed on injured reserve by the team on Sept. 22, 2021. He was activated off that list on Saturday.

What is Tim Boyle’s salary?

Per Spotrac.com, Boyle signed a one-year, $2.5 million contract with the Lions. That includes a base salary of $976,471, a $1 million signing bonus and $400,000 roster bonus. He is also reported to have made $1.8 million over three seasons with the Packers.