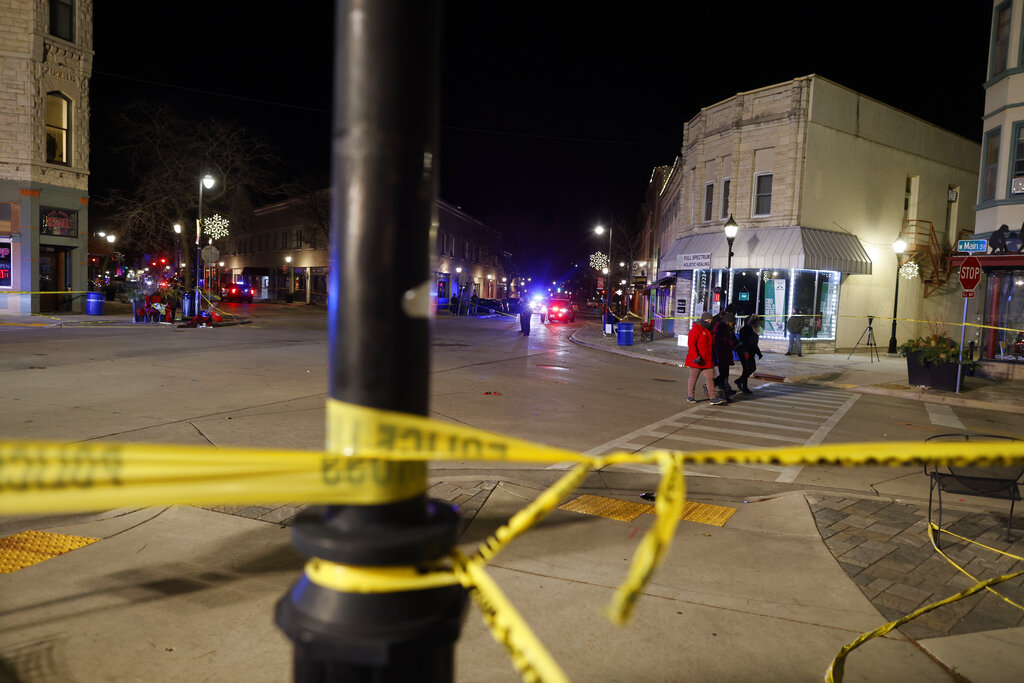 In a news conference Monday, Waukesha police Chief Daniel Thompson identified the suspect as Darrell Brooks Jr., 39, of Milwaukee. Thompson said Brooks was involved in a domestic disturbance, just minutes before he plowed through the holiday parade route and left the scene.

“The suspect had a domestic incident … no injuries … he was detained and taken into custody,” Thompson said.

Officials say Brooks was in alone in the SUV, and he was not be chased by police before entering the parade route. Thompson said this incident is not believed to be terrorism.

“We had barricades up, but he continued through,” Thompson added.

Brooks is an aspiring musician. In a recent video, Brooks was rapping in front of a red Ford Escape, the same model and color of car that was driven onto the parade route. Most of Brooks’ social media accounts have been taken down since the tragedy.

Brooks got out of jail three days before the tragic incident and posted a $1,000 cash bond. He has two open criminal cases in Milwaukee County, according to court records.

On Nov. 2, according to the complaint, Brooks ran over a woman with his car while she was walking through a gas station parking lot. She was hospitalized for her injuries. Other previous charges against him include resisting arrest, bail jumping, reckless endangerment, battery and domestic abuse.

Brooks has been charged with five counts of intentional homicide. His initial court appearance is scheduled for 4 p.m. Central Time on Tuesday.