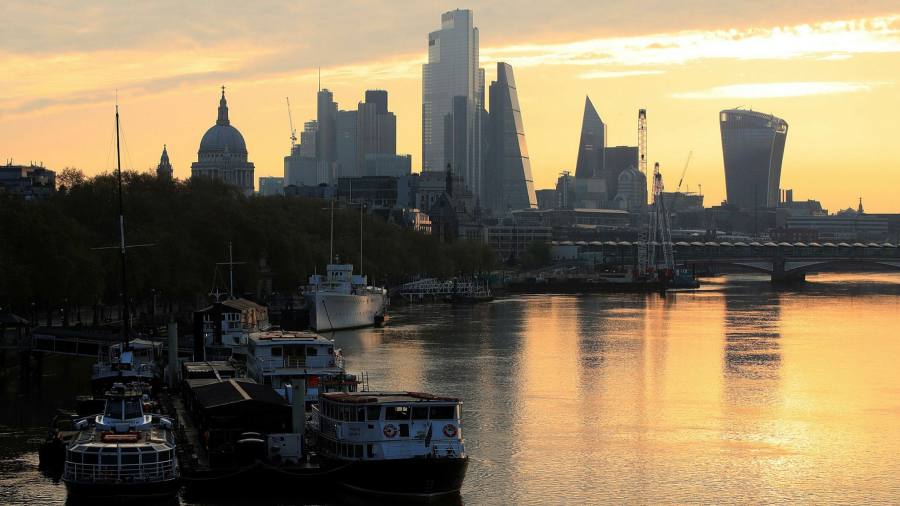 After years of delay, the government on Monday revived the long-awaited economic crime bill, designed to crack down on the flow of “dirty money” to the UK, in a rebuke to Russian president Vladimir Putin for the invasion of Ukraine.

London’s notoriety as a centre for money laundering has drawn the world’s gaze as countries ratchet up sanctions against Moscow and its citizens. The bill is designed to tackle the £100bn of illicit financing that the National Crime Agency estimates is channelled through the UK each year.

Below is an outline of the main reforms contained in the draft bill being debated in parliament this week.

The campaign group Transparency International has estimated that £1.5bn of UK property has been bought with suspect funds bought by Russians accused of corruption or links to the Kremlin.

The bill would create a new register requiring overseas companies and individuals to declare the beneficial owners of all property bought in England in Wales over the past 20 years.

Beneficial owners are defined as those with more than 25 per cent of the shares or voting rights, the right to appoint or remove directors or otherwise exert significant control.

Failure to declare ownership could result in individuals facing fines of up to £500 a day — a penalty that campaigners said was too small to be a deterrent — or a five-year prison sentences.

The planned register is designed to prevent criminals from hiding behind “secretive chains of shell companies”, however, critics said it was open to abuse.

Critics said that ambiguity in the legislation meant that individuals would still be able to hide their true identities through nominee agreements with professional service firms.

Campaigners said the nature of those agreements meant that individuals who owned or controlled the law firm or property company in question would appear on the register, rather than the individual who controls or benefits from the property.

Transparency International said it was asking the government for clarity on nominee agreements.

Emma Chamberlain, a barrister at Pump Court Tax Chambers who has advised the government on property tax issues, said the government’s bill was “flawed if the intention is to ensure the public knows who owns UK land”.

Below is a summary of the main measures that have been proposed.

UWOs were introduced in early 2018 to help stem the huge sums of ill-gotten gains washing through the UK. The bill will smooth the path for UWOs which allow law enforcement agencies to demand an explanation for how assets of more than £50,000 were paid for.

The proposals would reduce the financial liability of pursuing a case as long as the law enforcement agency has demonstrated it behaved reasonably and honestly.

“We think the amendments are good,” said Susan Hawley, executive director of Spotlight on Corruption, a transparency campaign group. But she cautioned: “The focus needs to be on confiscating and seizing assets not just investigating them.”

“UWOs are just one tool for doing the latter,” said Hawley. “Without addressing the serious issues that law enforcement face from shrinking budgets, decrepit IT systems, to continually losing staff to the private sector, the new legislation won’t make any difference at all.”

The bill proposed the creation of a “kleptocracy cell”, a specialist team within the National Crime Agency to investigate sanctions evasion. However, the government has not announced additional funding for law enforcement agencies that are expected to police the new rules.

Experts noted that the NCA already had an “international corruption unit” which would have benefited from additional resourcing.

Lawyers highlighted that the UK already had a strong set of tools to target illicit funds, which it has struggled to make full use of because of resourcing issues.

According to a Spotlight report published in January, the NCA’s budget decreased by 4.2 per cent in real terms between 2016 and 2021, while the Crown Prosecution Service suffered a 33 per cent real terms cut between 2010 and 2019.

One corporate crime lawyer said: “There have been loads of legislative initiatives in the last 10 years including the Criminal Finances Act 2017, the Bribery Act 2010, new money laundering regulations . . . The question is who is enforcing it?”

“We have pretty substantial laws against bribery and corruption, but we’re not enforcing the legislation that we’ve got,” they said.

The government expects the Office of Financial Sanctions Implementation, the body responsible for policing sanctions breaches, to take on a bigger role. The agency has levied only six fines since its launch in 2016 despite being touted as a tough new enforcer.

“But this must be a start and not an end. Legislation alone won’t win the battle. We must arm enforcement agencies with the resources they need to enforce the law,” said Helena Wood, co-head of UK economic crime programme at Royal United Services Institute think-tank.

What is missing from the bill?

The government said the bill was a first step in a barrage of measures to tackle the problem of dirty money, but critics questioned why reforms to Companies House were omitted.

Instead, ministers published a white paper setting out their proposed upgrades which they intend to legislate for in a second economic crime bill later this year. These included mandatory identity verification for those setting up companies and digitising processes.

The government has said the Office of Financial Sanctions Implementation (OFSI) enforcement agency, will be able to impose “significant fines” through the introduction of a “strict civil liability test”, rather than the current threshold, which requires companies to have knowledge or a “reasonable cause to suspect” sanctions are being breached.

But Hawley from Spotlight said, ultimately, there was nothing in the bill that would enable more effective criminal prosecutions in relation to sanctions breaches, noting there had not been any criminal sanctions enforcement for 12 years.

The government hopes to pass the bill into law before May.