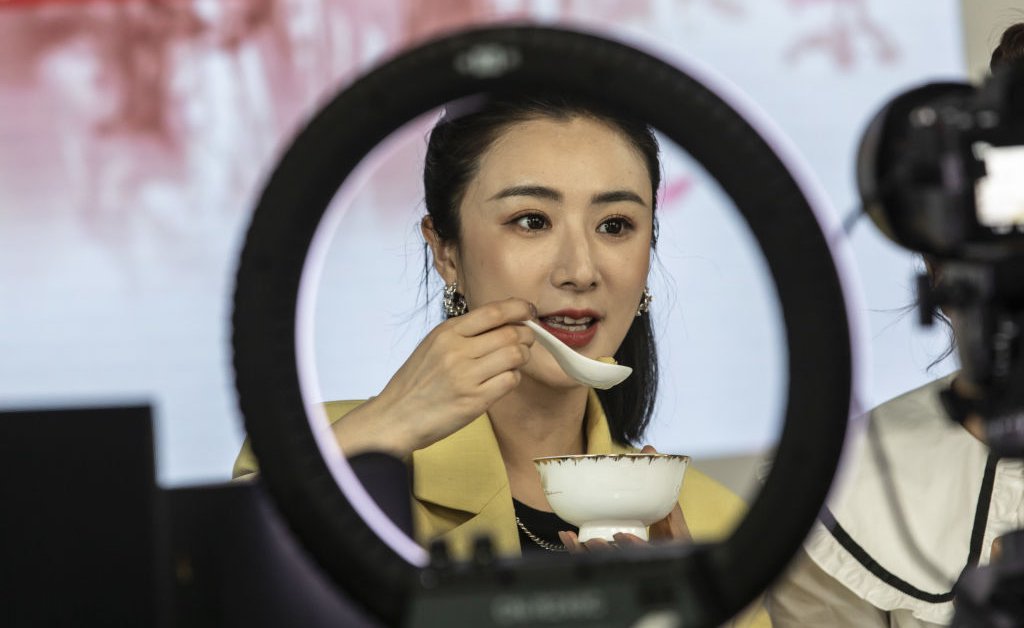 China slapped an unprecedented $210 million fine on a top livestreamer for tax evasion, stepping up President Xi Jinping’s crackdown on online influencers who have grown wildly popular in recent years.

Huang Wei — also known as Viya — was ordered to pay 1.34 billion yuan in back taxes, late fees and fines, the State Taxation Administration said Monday in a statement on its website. She avoided taxes totaling 643 million yuan by concealing personal income and making false declarations in 2019 and 2020, the statement added.

Huang issued an apology just after the punishment was announced, saying on her Twitter-like Weibo account that she felt “deeply guilty.” “I totally accept the decision of the tax regulator and will actively collect funds to pay the fines within the deadline,” she wrote.

Viya’s representatives did not immediately respond to a request for comment.

The fine is the biggest yet for online salespeople like Viya, who each night compete to convince shoppers to spend millions of dollars on items such as cosmetics, appliances and clothing. The influencer is one of the biggest stars on Alibaba’s Taobao marketplace, drawing traffic and driving consumption.

Government departments need to better coordinate and boost efforts to regulate the livestreaming industry and crack down on tax evasion, the official Xinhua News Agency said in a report Tuesday.

Using data analysis, the tax bureau in the city of Hangzhou suspected Huang had evaded taxes, and she failed to rectify the situation after repeated reminders, the report said.

The episode signals Beijing is turning its attention to the online streaming commerce arena, which has thrived with little regulation in recent years, as part of Xi’s common prosperity drive to share the wealth. The high-profile case may spook merchants and brands who rely on the format to drive sales, not just at Alibaba but across a number of its rivals’ platforms.

In September, the tax authorities announced tougher rules covering celebrities and livestreamers, and last month two of the salespeople were fined a total of $15 million for income tax evasion. The Taobao and Weibo pages for Zhu Chenhui and Lin Shanshan are both blank now.

Livestreaming is part variety show, part infomercial and part group chat — a format pioneered in China that has grown more popular since the pandemic started. Livestreaming sales are expected to reach more than 1.2 trillion yuan this year, up from just 19 billion yuan in 2017, according to the research firm iiMedia.

Viya had total sales of more than 31 billion yuan in 2020, the most among her peers, the tech media outlet 36kr.com reported earlier.

Her fine is bigger than the one levied on actress Fan Bingbing in 2018, which marked the start of the government’s campaign to rein in the entertainment industry. Fan and companies she was affiliated with were ordered to pay about 884 million yuan in back taxes and fines.

Fan has largely disappeared from the entertainment scene since her punishment. Such high-profile rebukes from the central government usually spell the end of a celebrity’s career.

“Everyone is equal before the law, there is no ‘superstar’ or ‘rich and powerful,’ no one can despise the law and hope to be lucky,” the official Xinhua News Agency said in a commentary about Fan.

–With assistance from Yujing Liu.