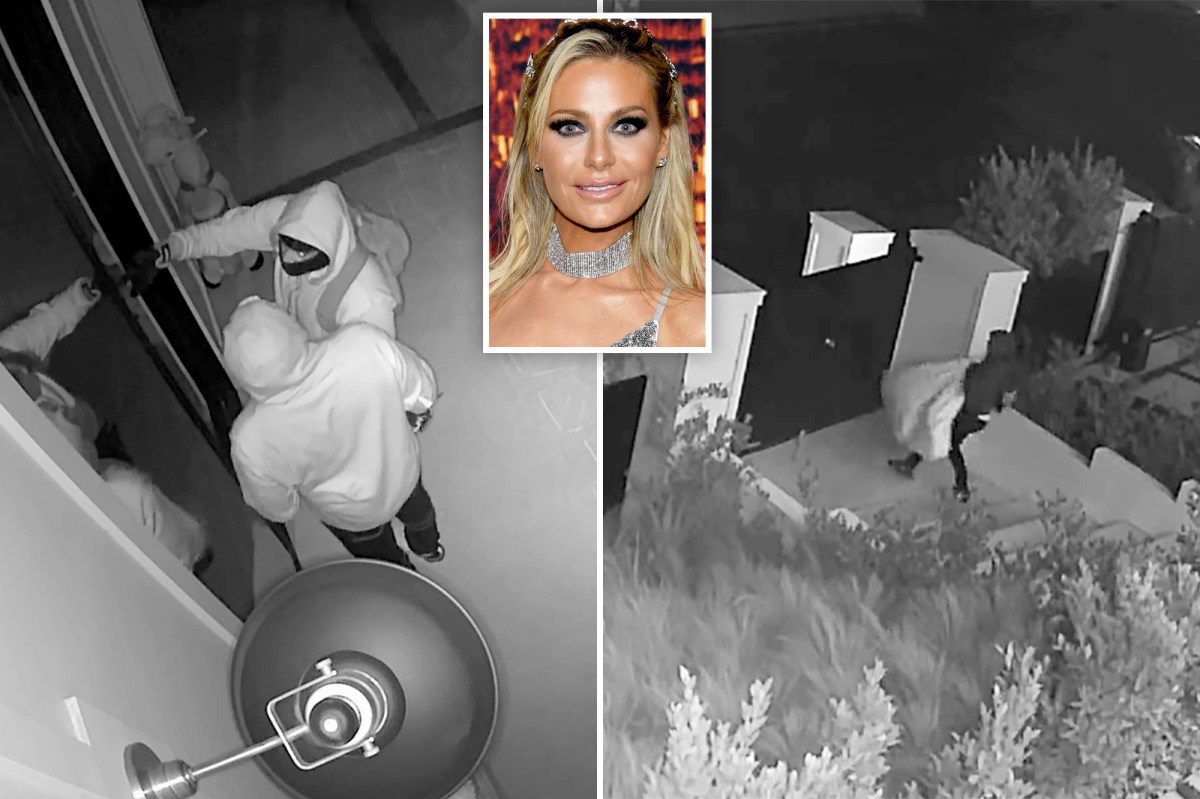 A surveillance video of two masked men breaking into Dorit Kemsley’s Encino mansion was released by the Los Angeles Police Department on Monday.

The footage, which begins at 10:52 p.m. on Oct. 27, 2021, shows two people dressed in hoodies and facial masks appearing to survey the “Real Housewives of Beverly Hills” star’s property before one of them shatters a sliding glass window.

The video then skips ahead to 11:09 p.m., showing a man in a hoodie fleeing the property with valuable items wrapped in bedding.

According to the LAPD, “The victim was inside the residence at the time and was confronted by the suspects. Both suspects threatened to kill her as she pleaded for her life and the lives of her young children.

“In fear for her safety, the victim complied with the suspects demands and directed them to valuables. The suspects took high-end handbags, jewelry, and watches.”

The LAPD added that the robbers met up with a third suspect and fled in a black 4-door pickup truck.

The intruders are described as three black men between the ages of 20 to 30. The LAPD are asking for the public’s help in identifying the suspects.

A spokesman at the time refused to confirm reports that Dorit was held at gunpoint during the break-in.

“Don’t hurt my babies. Don’t kill me,” she allegedly begged the intruders. “I’m a mother.”

Dorit spoke out about the “terrifying” incident via Instagram on Oct. 30, writing, “My family now needs to start the healing process. I have thrown myself into work as I want our family to return to normality as soon as possible.”

Kemsley added that her kids had slept through the robbery and were unaware of the intruders, sharing, “I thank God for keeping my kids and myself from being physically harmed.”

Following the ordeal, several of Dorit’s co-stars rushed to her side, including Kyle Richards, Teddi Mellencamp, Lisa Rinna and Erika Jayne.

“She is so incredibly strong,” Mellencamp told “Access Hollywood” earlier this month. “The way that she was able to handle everything, the way that her kids never had to know anything was going on, I mean, she’s just so beautiful and strong.”