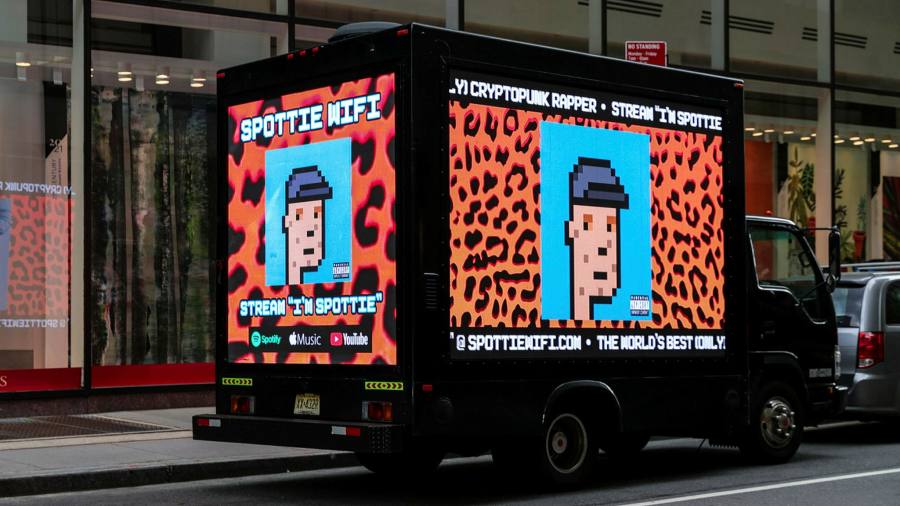 Andreessen Horowitz and Paradigm, two of the largest cryptocurrency venture fund managers, have begun investing directly in NFTs, according to people familiar with the purchases. Several specialist money managers have also raised tens of millions of dollars in new NFT funds.

The interest from professional investors reflects a belief that digital items will gain in value as more people spend time in a new version of the internet organised by cryptocurrencies.

But NFTs, which can be even more volatile than the broader cryptocurrency market, also pose many new risks for fund managers. Many traders expect the vast majority of the market to fall to zero, and the legal status of digital collectibles remains in flux.

This week, turbulence in the so-called stablecoins Terra and Tether has prompted worries about contagion in the broader cryptocurrency markets, underlining the speculative nature of digital assets.

Fundraising has been strong in recent months. 1confirmation, one of the earliest investors in the dominant NFT marketplace OpenSea, has raised $50mn for an NFT fund that could ultimately bring in up to $100mn from investors, according to regulatory filings.

Punk6529, a pseudonymous internet personality with more than 350,000 followers on Twitter, recently raised $75mn for a fund that buys “blue-chip” NFTs.

Some traditional venture capitalists have jumped in as well, buying into popular collections such as the Bored Ape Yacht Club, which has surged in price during the past year on the back of celebrity endorsements and social media hype.

“When we think about buying NFTs, it’s in line with our investment strategy, which is thinking about investing in things that have the potential to return many, many multiples of the fund,” said Ophelia Brown, managing partner of the venture fund Blossom Capital.

Blossom, an early investor in the payments start-up Checkout.com, owns multiple Bored Apes and one CryptoPunk. The fund has also considered acquiring an Azuki, a collection with an entry price of about $20,000.

Brown said the investments do not make up a “significant” portion of Blossom’s first $85mn fund but have the potential to grow much larger in size.

Andreessen and Paradigm declined to comment on details about the NFT investments. Both firms have made large investments in start-ups that create NFTs. Last month, Andreessen led a $450mn investment in Yuga Labs, the company behind Bored Apes, that valued it at $4bn.

Punk6529, who declined to provide his birth name because of privacy concerns, said he decided to raise a fund to provide an “NFT native” outlet for the wave of big-money investors he expects to enter the market. He said NFTs will become essential to what he calls the “open metaverse”, an expansive virtual playground where 3D avatars can mingle.

Some investors have privately questioned whether such large funds can find enough profitable investments in today’s market. NFTs on the Ethereum blockchain had a total market value of $31.4bn at the end of last year, with more than 80 per cent in cultural collectibles and profile picture projects such as Bored Apes, according to 1confirmation estimates.

Early buyers have already made eye-watering returns. The value of an NFT index developed by three academic cryptocurrency researchers rose 295 per cent from the beginning of 2018 to this week, even after a 50 per cent decline since the start of this year.

An index tracking the five most valuable collections including Bored Apes and CryptoPunks has soared by 1,700 per cent since 2018, according to the same researchers.

Cryptocurrency investors said it can still be difficult to judge the skill of NFT fund managers because nobody has developed a standard benchmark for the broader market.

“NFTs, as they are now, are really not an investable asset class,” said Aleh Tsyvinski, a professor of economics at Yale University who helped construct the NFT indices. NFT funds are “buying the equivalent of different houses in the San Francisco area” in the hope of giving investors “exposure to the overall housing market in the US”.

Interest in NFT funds has only recently spiked. Andrew Steinwold, managing partner of the NFT investment firm Sfermion, tried with little luck to raise money for a fund in the summer of 2020.

However, his fortunes quickly turned as wealthy cryptocurrency holders began turning their attention toward NFTs, and Sfermion debuted with a $5.3mn fund in January last year. “We were the only girl at the party,” Steinwold said.

Institutions such as endowments have still not shown much interest in specialised NFT funds. Instead, many are backed by big cryptocurrency investors and wealthy family offices, which often have higher appetites for risky new assets.

Sfermion is preparing a series of funds that will only invest in NFTs in individual categories. The firm has set a $100mn target for the first gaming-focused fund, said two people briefed on the details.

Steinwold said Sfermion aims to hold NFTs for more than a year but has often sold the investments sooner because of market pressures.

“Ideally, we’d like to go longer than that, but also we’re cognisant of the broader market and how things are moving there,” he said. “We’re not going to say ‘no’ to some outrageous short-term gain.”