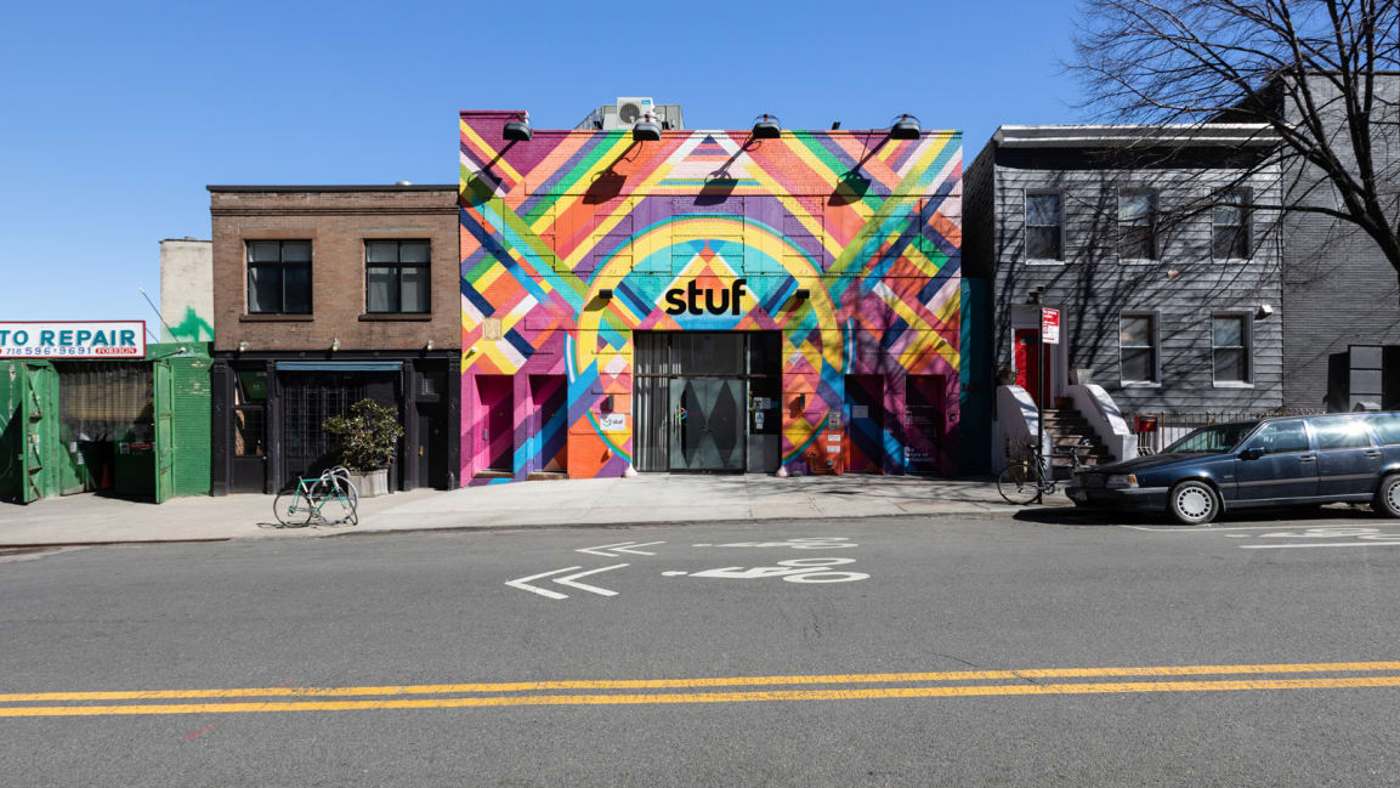 Rather than build depressing warehouses outside of town, a company is rethinking self-storage by flipping buildings shuttered during the pandemic into miniature storage spaces.

In this way the startup, called Stuf, is turning one industry’s problem into another’s solution, offering the landlords of dozens of empty offices, stores, and other buildings a way to utilize empty real estate and avoid dead-weight losses.

The legendary comedian George Carlin once said in an iconic bit, “I’m just tryna’ find a place for my stuff—you know how important that is—that’s the whole meaning of life isn’t? Trying to find a place for your stuff.”

He would go on to comment” “Imagine that, there’s a whole industry based on keeping an eye on your stuff.”

Well that industry, according to reports from Fast Company, is ready to grow past the $100 billion mark over the next half-decade.

Stuf has locations in LA, San Francisco, Oakland, and NYC, with plans to expand to Boston, Chicago, and D.C. They take over empty buildings, like garage space, offices, basements, and install largely automated steel storage units in as little as three weeks.

Their first such building in Brooklyn was a 1,500 square foot restaurant that played host to several failed concepts. The largely windowless brick storefront was painted over with a colorful mural, and within five months was at 90% capacity. In August they opened their second location in San Francisco, at ten-times the space.

“It’s really a different model than traditional self-storage operators, who typically will buy land, [and] do ground-up development,” said the founder and CEO Katharine Lau, in an interview with Yahoo Finance.

“It’ll take years to get up and running, whereas we can get up and running in a matter of weeks. So we’re excited to turn these basements, these garages that currently generate $0 into a thriving business and share that with landlord partners.”

During this years-long period of 0-1% interested rates, the borrowing costs for real estate developers has remained ultra-low. When the pandemic arrived, real estate prices began to climb, even as offices closed down and never reopened as managers discovered the cost savings of telecommuting.

The last time such an malinvestment bubble burst it was 2006-07, and it was so large it blew out real estate markets in other countries as well. In addition to giving customers in major cities access to storage within walking distance of their house, Stuf is offering a soft-landing to some over-burdened landlords.

It’s maybe no surprise then that Stuf already has 40 deals waiting to be closed for sites across the country.

“Before Stuf moved in, our basement was underutilized,” states Westlake Realty Asset Manager, Jeffrey Bak. “Now our building has tech-enabled storage that is both welcoming and easy to access, and our tenants are actually using it via Stuf. We believe this is a new and unique amenity that office owners will benefit greatly from.”

It’s not all about pandemic-induced opportunity. Lau, who has already had a career as an asset manager and investment analyst at Prudential, has an admitted fascination with empty or under-utilized space.

“Many spaces that we’ve looked at have been vacant for years, if not decades,” she told Fast Company. “These are spaces that I’ve been looking at for 10 or 15 years and have been kind of obsessed with. So I finally did something about it.”