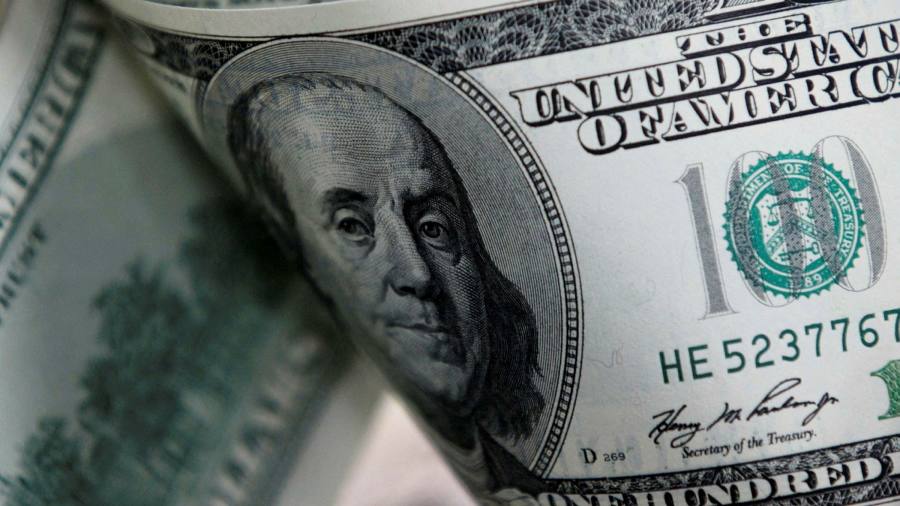 King Dollar is back on its throne. The US Dollar Index, which tracks the greenback against six other important currencies, is near its 20-year high. The rise of the haven currency amid higher rates, a European war and global shortages is casting a long shadow.

For companies with revenues overseas, the headache is the hit to earnings. The impact on the $23tn US Treasury market is a real, though less obvious, snag. Against the Japanese yen, the dollar has gained more than 18 per cent since late September. The yen’s fall against the buck risks cutting Japanese demand for US government debt.

As the dollar rises, foreign investors have to pay more for currency hedges, which cuts into their returns. Although the yield on the 10-year US Treasury briefly hit 2.97 per cent this month, the yield in effect falls to just 1.32 per cent once you factor in yen-dollar hedging costs. These now stand at 1.65 percentage points, a two-year high.

Japanese institutions sold a hefty $74bn of Treasuries in March, according to data released last week. While the Asian country remains the largest foreign holder of US government bonds, its $1.23tn holding is at its lowest level since January 2020.

The sell-off may have been exacerbated by Japanese money managers booking profits for the fiscal year, which ends in March. Even so, the fall is 2.5 times greater than the largest previous sale by Japanese investors in a single month, according to TD Securities.

China, the second-largest overseas holder of Treasuries, also reduced its holdings for the fourth consecutive month in March. Since November, it has sold more than $41bn of US government debt.

Sustained selling would be a problem for the Federal Reserve. The US central bank is counting on foreign investors to help absorb the increased supply of Treasuries that is coming on to the market as it ends its pandemic-era bond-buying programme. Fed boss Jay Powell will just have to hope that steeper yields and the dollar’s haven appeal will outweigh higher hedging costs.

Our popular newsletter for premium subscribers is published twice weekly. On Wednesday we analyse a hot topic from a world financial centre. On Friday we dissect the week’s big themes. Please sign up here.