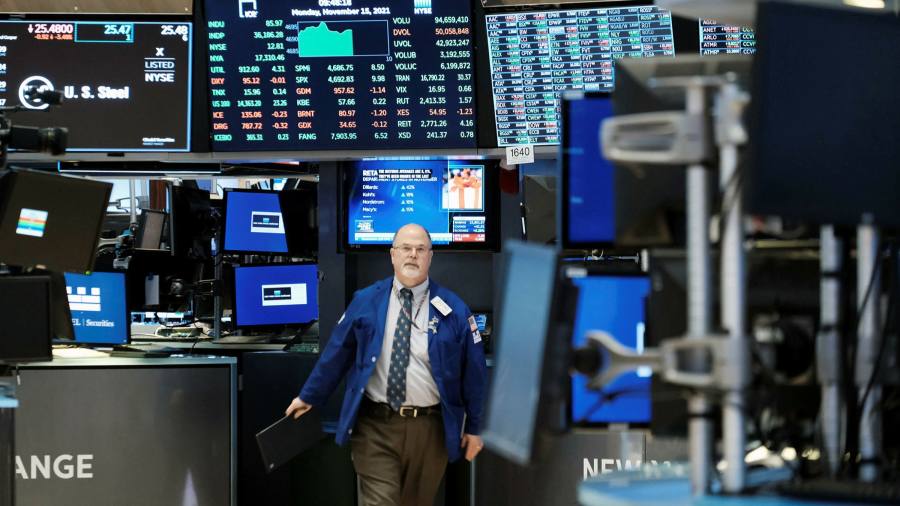 Soaring inflation means Black Friday shoppers will find bargains harder to find this year. Fresh highs for equity markets mean cheap deals are also eluding investment managers. Increasingly, there are questions over whether stocks are overvalued. Remaining bulls point to the strength of earnings and growth forecasts to support their case.

Pessimists believe equities are overvalued on almost every measure. At the tip of the iceberg are Rivian and Lucid. The two electric vehicle aspirants are worth $180bn combined. Forget earnings, these two struggle to make a sale between them. Lucid’s revenues are expected to be just $90m this year while Rivian’s are zero. The pair are exceptional in their lack of sales. Lossmaking US companies now make up a smaller part of indices than in recent years.

The pandemic played a big role in getting groups such as video service Zoom and drugmaker Moderna into the black. Rivian and Lucid’s valuations take inspiration from Tesla, which is itself profitable. In fact, the share of Nasdaq companies without earnings this year is just 9 per cent of market capitalisation, down from 14 per cent in 2014. Reduce the technology focus by using the broader Russell 3000 universe and the share of lossmaking capitalisation is even lower at 5 per cent.

Analysts are optimistic about earnings growth. They predict long-term earning growth will average 19 per cent annually for S&P 500 companies. That is the highest forecast ever. Earnings per share for the 10 largest Nasdaq stocks are expected to rise by 30 per cent on average by 2023.

Past periods of exuberant expectations suggest that is unlikely to be the case. In the run-ups to the bursting of the dot.com bubble and the financial crisis, analysts were similarly bullish. They were proved wrong by market corrections and losses for shareholders.