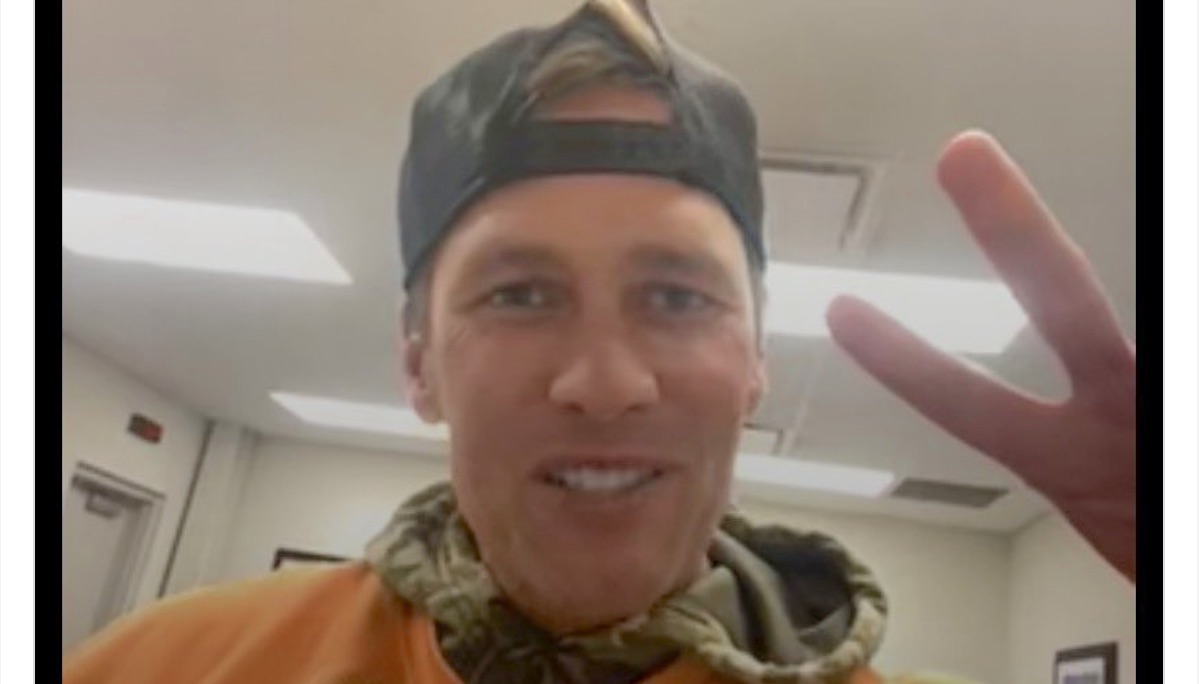 In one of the most serendipitous mistakes ever made, the entering of a friend’s phone number incorrectly in a group text inadvertently connected a Michigan high school basketball team with all-time GOAT and quarterback for the Tampa Bay Buccaneers, Tom Brady.

It started when the freshmen basketball team at Notre Dame Prep in Pontiac, Michigan, made a group text to coordinate practices, and teammate Vinny Tartaglia accidentaly added the number of Buc’s cornerback Sean Murphy-Bunting.

“We were trying to add people, and the last person was Luca, but I was one digit off,” Tartaglia told local news.

P. Jason Whalen, a school councilor at Notre Dame whose son is on the team, documented the story on Twitter.

Obviously needing to prove his identity to the disbelieving teenagers, Murphy-Bunting switched over to FaceTime, and introduced the presumably shocked students to some of his teammates, including tight end Rob Gronkowski and running back Leonard Fournette.

“Leonard Fournette walked us through the locker room and showed us all the players,” said Tartaglia’s teammate Nate Seaman. “Sean Murphy-Bunting, Mike Evans, Lavonte Davis, Gronk, Richard Sherman. That’s when we all said, where’s the GOAT?”

It would be Fournette who then turned the phone over to Tom Brady, a Michigan alumni himself.

“That was sweet,” Brady told CNN of the meeting. “I didn’t know who it was. [Leonard] said, ‘Here’s my boy’ or whatever he said. It was nice. It would have been nice for me when I had been in high school too.”

The reporter would inform the seven-time Super Bowl winner that the boys were from Michigan.

RELATED: Watch Dwayne Johnson Give $30K Truck to the Guy Who Took Him In When ‘The Rock’ was a Homeless Teenager

“Even better,” he said. “That was fun. That was really fun. It was really good to see all those young kids hyped up.”

Fournette stays on FaceTime for a good 10 minutes while @TomBrady finishes up a meeting. The boys are absolutely losing it during this. After some time passes he pops up on the screen and says “What’s up fellas?!?!” The boys lose their minds… pic.twitter.com/JBwTtsKrRg

Whalen confirmed that, tragically, it was only after the FaceTime call ended that “Luca,” the teammate whose number started the fiasco, was added to the group text.

BOUNCE This Fun Story Over to Your Chums; Share it on Social Media…