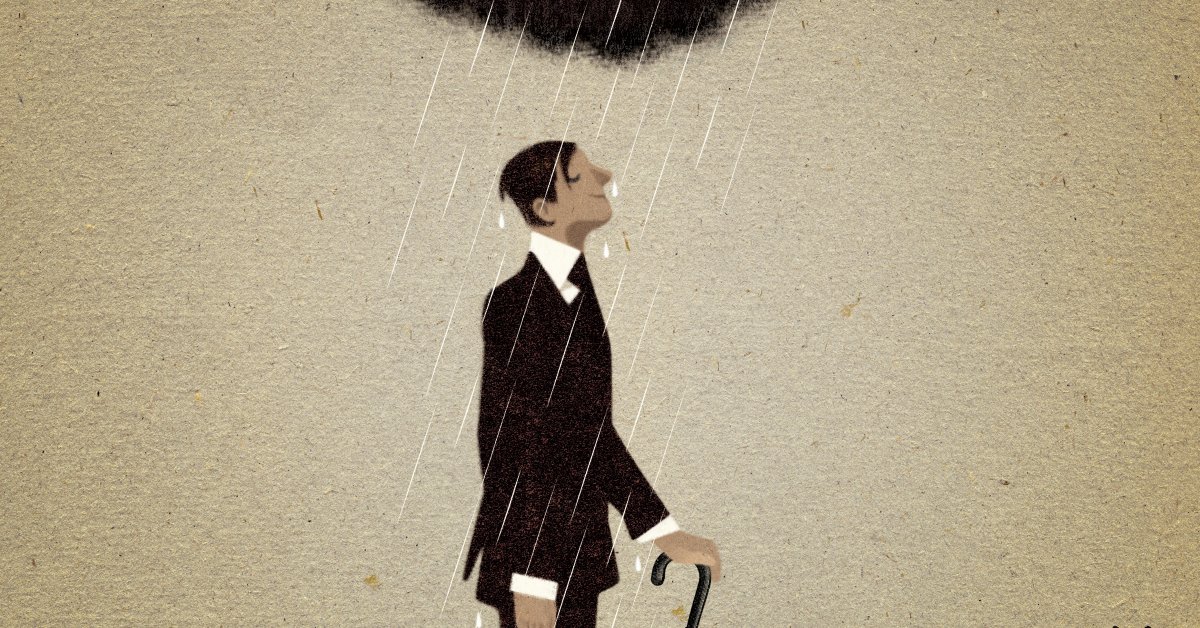 Is suffering good for us? Does it make us better people, kinder and more resilient; does it give meaning to our lives?

It would be nice if it did, particularly since so many of us have been suffering these days. Around three-quarters of a million Americans have died of Covid, and those who loved them often didn’t get to say goodbye or hold a proper funeral. Millions have lost their jobs or their businesses, millions have had their life projects put on hold or derailed. There have been those trapped together who hate each other and others who essentially lived in solitary confinement. Even the luckiest experienced boredom, anxiety, and dread.
[time-brightcove not-tgx=”true”]

Many religious traditions see value in such suffering. Among other things, it is said to bring us closer to God. C.S. Lewis worried that we get too complacent and proud in our happiness; suffering wakes us up: “God whispers to us in our pleasures … but shouts in our pains: it is His megaphone to rouse a deaf world. It removes the veil; it plants the flag of truth within the fortress of the rebel soul.” Some take this to extremes. William Henry Atkinson, the president of the American Dental Association, reportedly said, “I wish there were no such thing as anesthesia! I do not think men should be prevented from passing through what from passing through what God intended them to endure.”

I don’t think any modern-day psychologists would go­­ this far, but some believe that great benefits can come from terrible experiences. Everyone has heard of post-traumatic stress; the alternative they advance is post-traumatic growth. As Richard Tedeschi, one of the founders of the theory, puts it, after experiencing traumatic events, “People develop new understandings of themselves, the world they live in, how to relate to other people, the kind of future they might have and a better understanding of how to live life.”

This surely happens some of the time, but there’s reason to be skeptical that this is a common psychological process. Most studies in the area explore people’s perception of how they reacted to trauma; there is less evidence for actual concrete changes. And a recent meta-analysis by Judith Mangelsdorf and her colleagues find that the same benefits said to occur after trauma also occur after major positive life events, and even when people have had nothing major happen to them, either bad or good. It may be that growth (or the perception of growth) just occurs over time; suffering has little to do with it.

But there is good news to be found in the psychological research. As George A. Bonanno discusses in his new book “The End of Trauma”, we are much better than we think we are at enduring traumatic experiences; resilience is the rule, not the exception. We will mostly make it through this experience unscathed. While there may not be a wave of communal growth after the collective suffering brought on by the pandemic, we won’t all get PTSD either.

And it gets better. To use Nicholas Nassim Taleb’s term, we are antifragile: “The resilient resists shocks and stays the same­; the antifragile gets better.” Some degree of life suffering turns out to have modest positive effects. In one set of studies, subjects were given a list of thirty-seven negative life events—physical assault, death of a loved one, and so on—and tallied up how many they had experienced in their lives. Those seemingly lucky people who reported no such events turned out to have lower than average pain tolerance and higher than average tendency to catastrophize about stressful situations. (Importantly, though, those people with high levels of negative experience also showed the same pattern—there seems to be a sweet spot of intermediate suffering where we do best.)

Most of all, there is a powerful relationship between suffering and meaning. Individuals who say that their lives are meaningful report more anxiety and worry and struggle than those who say that their lives are happy. The countries where citizens report the most meaning tend to be poor ones where life is relatively difficult. In contrast, the countries with the happiest people tend to be prosperous and safe. The jobs that people say are most meaningful, such as being a medical professional or a member of the clergy, often involve dealing with other people’s pain. When asked to describe the most meaningful experiences of our lives, we tend to think about those on the extremes, very pleasant—and very painful. And we often choose pursuits that we know will test us—everything from training for a marathon to raising children—because we know at a gut level that these are the pursuits that matter.

Now, there is a profound difference between the struggles we choose—our children, our careers, our hobbies—and suffering which is unchosen and unwelcome. It is the suffering that we choose that affords the most opportunity for pleasure, meaning, and personal growth. But, still, unchosen suffering can spark change, and some have been liberated by the pandemic, choosing to leave unsatisfying work and seek out deeper, more challenging, pursuits.

There’s no getting around it: It would have been better if the pandemic had never happened. But we can take solace in a few things. Our suffering does not necessarily scar us, and can, for some, lead to increased reliance and kindness. And, for the lucky ones, it can be a source of meaning and purpose.