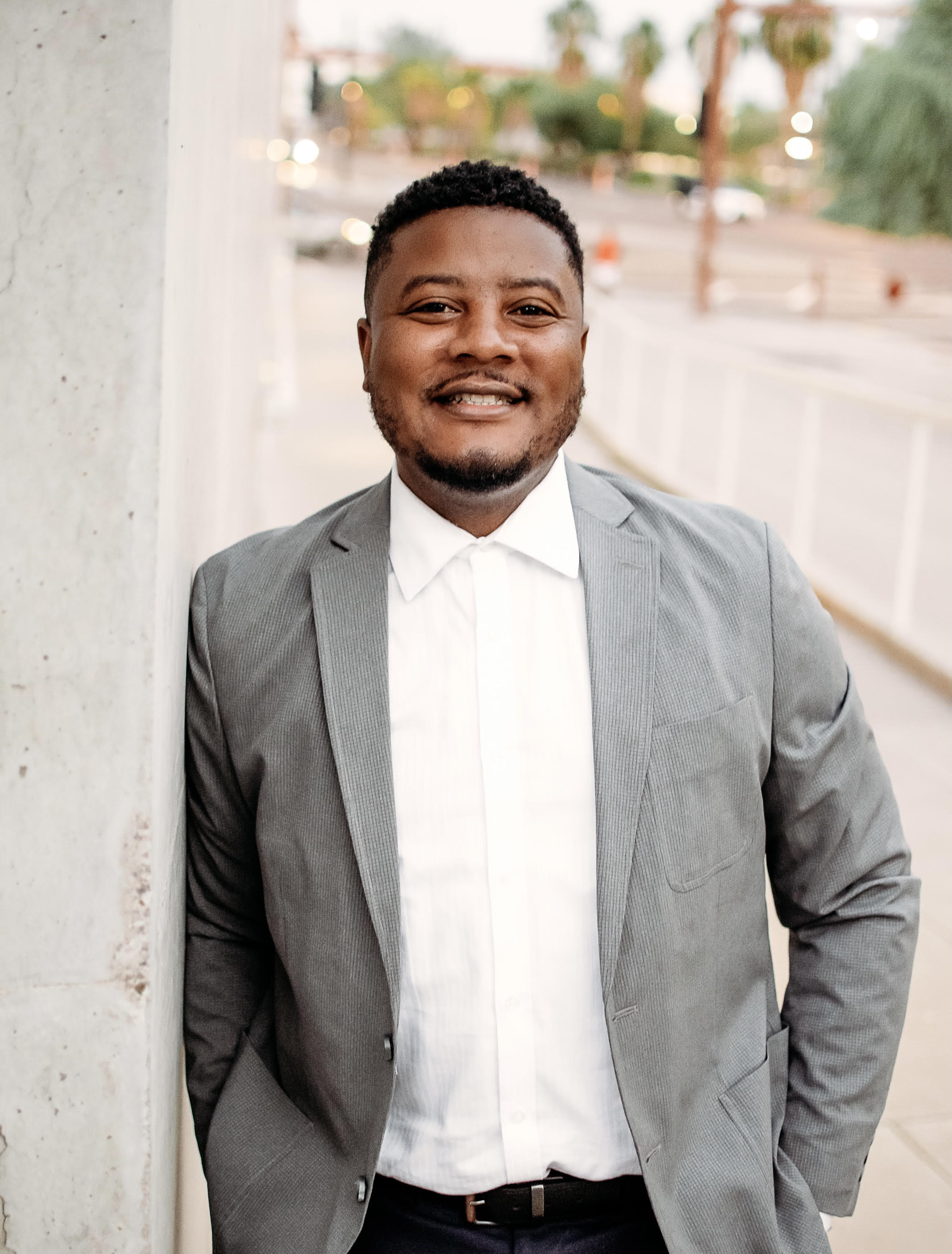 When most people think of Dallas, they think barbecue, big hats and bigger buckles, not Black theater innovators. As the first Black man to earn a PhD in theater with an emphasis on youth and community from Arizona State University, Rev. Dontá McGilvery’s trailblazing onstage represents only one of the many paths he has carved for himself.

With a journey to the playhouse as dramatic as theater itself, McGilvery’s first attempt at pursuing his field in the postsecondary realm was halted in his undergraduate experience; McGilvery found that there was very little representation or encouragement for students of color in his program.


“White theater was the only one that was considered legitimate,” he said. “I noticed that by the types of plays we learned, we didn’t learn about Black and brown theater … we learned about white theater practitioners.”

McGilvery entered the University of North Texas as a theater major. He found that there were few roles for students of color and was further discouraged after being told by a professor that his voice was “too Southern,” McGilvery said. He changed his major and graduated from North Texas with a Bachelor of Arts in sociology instead. After his undergrad work, he earned a Master of Liberal Studies in humanities at Southern Methodist University and a doctorate in urban ministry from Aspen Christian College and Seminary. His final certificate before he became a Sun Devil came from the U.S. Army War College’s Department of National Security and Strategy.

Though he studied and worked in many different fields throughout the years, including as a hospital worker, nonprofit founder, elementary school math teacher and minister, he always had theater in the back of his mind. He had been inspired to pursue the field since seventh grade, and after that his church gave him early experiences in not only performing but writing.

“My seventh grade year at Florence Middle School in Dallas, Texas, I took a class under a teacher named Ms. DeShandra Gamble, and that was the very first time I ever took a theater class,” McGilvery said.

“By the time I was a freshman in high school, the church then asked me to write a play for Christmas, and that was the very first time I had written a play,” he said. “And from that moment forward, I’ve always performed, wrote and put on productions primarily in churches.”

McGilvery’s thick roots in the Black church gave him a plethora of experience to use in spaces, from black box theaters in North Texas to classrooms in Denver. Those experiences were important for cutting his teeth but also for showing him what it was like to center the Black experience in storytelling. McGilvery then brought the magic of performance into each field he entered, including his math classrooms, to make sure every student in his classroom had a leading role.

He describes teaching math with make-believe improvisational field trips where students would raise their arms and pretend to be airplanes.

“I would bring apples or oranges or different types of snacks to set up a station and say, ‘We’re going to fly to a place,’ ” McGilvery said. “They’re going to have a fruit stand and all of these things for us to try out as we learn how to weigh certain items.”

After an imaginative stroll around the classroom, McGilvery and his students would gradually lower their arms and prepare to land. The activity was so successful that it became a privilege used to manage misbehavior among students. McGilvery brought his act to schools in Arizona. He had created an outlet to practice theater for youth before he even arrived at the Herberger Institute for Design and the Arts at ASU.

Though he is a trailblazer in his own right, McGilvery said he is privileged to have guidance from other pioneers, such as Tiffany Trent, who earned a doctorate in theater for youth and became an invaluable friend and a resource for McGilvery.

“You can’t beat Black and brown women in leading the way in the right direction — shoutout to them for going this route well before Black men have crossed this road,” he said. “Dr. Tiffany Trent was one of those leading voices.”

For his part, McGilvery never leaves a space or place without making an impact. At the Herberger Institute, he created and taught an undergraduate class in African American theater because he saw a need for more representation. He also co-founded the Sleeveless Acts theater company with a fellow Sun Devil to produce work that highlights marginalized voices. When he lived in Dallas, he voluntarily became homeless for a year while in graduate school; during this time he started a nonprofit to recruit people to temporarily experience homelessness to learn more about how unhoused people are mistreated.

While McGilvery pays reference to those who went before him, he hopes there will be many more Black theater practitioners who follow; he says theater has a long way to go when it comes to representation.

“It opens the door for — hopefully — other African American males, to feel comfortable and to feel good and confident about going into theater for youth, even at the PhD level,” he said.

ASU leaders have recognized McGilvery’s dedication to breaking through barriers, including with a 2019 ASU MLK Student Servant-Leadership Award.

“Dontá McGilvery is a service leader at heart who has devoted his life to giving a voice to the voiceless,” said Colleen Jennings-Roggensack, ASU vice president for cultural affairs and executive director of ASU Gammage.

“As a pastor, student and changemaker, McGilvery takes initiative in marginalized communities to promote representation while simultaneously combating misrepresentation. … He works to amplify the voices of people of color using theater as a platform,” said Jennings-Roggensack, who also serves as co-chair of ASU President Michael Crow’s Advisory Council on African American Affairs’ LIFT Initiative. “It is important to note that President Crow, in light of the murder of George Floyd, hand-selected the members of the Advisory Council on African American Affairs to carry out the 25-point initiative to enhance Black and African American students, faculty and staff lives. McGilvery serves this council with pride and honor.”

The confidence McGilvery hopes to inspire Black men with is the very same confidence that led to the creation of a new program: the Dean’s Leadership Fellowship. After expressing his interest in becoming a college dean or president to Herberger Institute Dean Steven Tepper, the school created a fellowship that allows its participants to interview university leadership in preparation for their own aspirations.

After completing the yearlong program, McGilvery was asked to sit on the LIFT Initiative board to support Black students, faculty and staff. This wasn’t McGilvery’s first experience with equity and social justice. After the murders of Floyd and Breonna Taylor, he formed a rainbow coalition that collected feedback from BIPOC and non-BIPOC students in music, dance and theater and performed a play they wrote about their academic experiences over Zoom. These experiences were also chronicled in McGilvery’s dissertation, “Developing a Performance Equity Core Centering BIPOC Voices: An Autoethnography.” This summer, just after successfully defending his dissertation, McGilvery was arrested alongside the Rev. Jesse Jackson and the Rev. William J. Barber II during a sit-in at U.S. Sen. Kyrsten Sinema’s office to advocate for voting rights.

School of Music, Dance and Theatre Associate Dean of Students and Academic Programs Stephani Etheridge Woodson was McGilvery’s mentoring faculty and dissertation supervisor. She describes McGilvery as a thoughtful and creative scholar, generous humanitarian and a storyteller who deeply cares about fellow humans.

“He really does approach things through a lens of love,” Etheridge Woodson said. “I think his work as both a creative artist, a scholar and an activist working for positive change will continue to grow and flourish. His thoughtful leadership around belonging, justice and how power works has rooted and will continue to grow.”

The ASU grad has a long history of activism but has been especially inspired to act when he thinks about his two young children’s futures.

“I fear that both my daughter and my son could face so much hardship just based on the color of their skin. And so what came to me was, what can I do with where I am? Well, I’m in school, a student at ASU. What can I do in the space that I’m at now?”

McGilvery continues to do what he can at ASU. Currently, he is continuing to create equitable spaces for students by serving as a fellow and coordinator in the Herberger Institute’s newly formed Culture and Access Department, and also continues his role as head of the music, dance and theater students and alumni coalition he launched.

Luckily, this Sun Devil’s impact will continue to be felt at ASU and in the community, said Cassandra Aska, Educational Outreach and Student Services deputy vice president and dean of students for ASU’s Tempe campus, who got to know McGilvery through his fellowship.

“Dontá’s work will impact not only ASU students but the youth that he is so passionate about working with,” she said. “His commitment to serving others through sharing his talents and own journey is inspiring. He focuses on the whole individual, and he is honoring the lived experiences of Black youth in support of their success.”

McGilvery will continue to build community and connection through storytelling and advocacy as a performer, practitioner and leader.

“I want to be able to have a message for youth that says you can learn about your cultures, and you can carry that knowledge and use it to do theater for and with your cultures knowing that the knowledge you embody is legitimate,” he said. “Those stories matter; the places and productions you perform matter. And they deserve to have a seat on the national stage.”