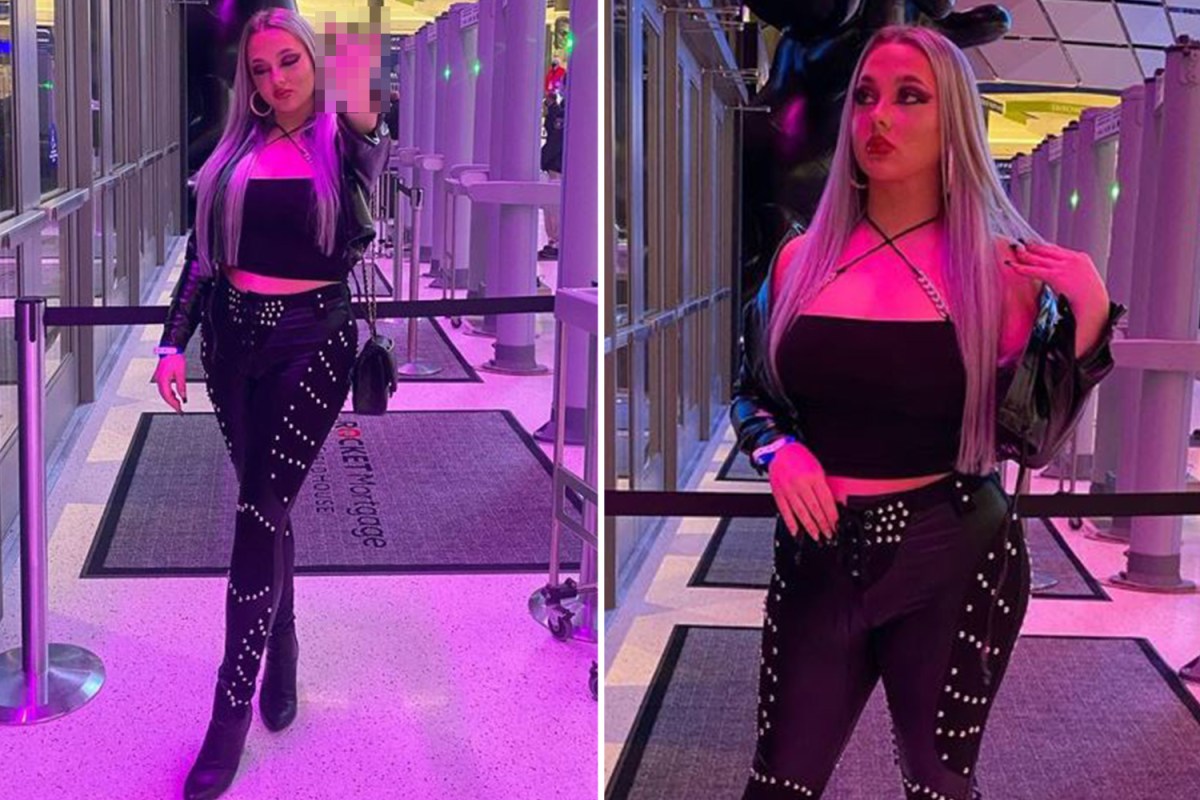 TEEN Mom star Jade Cline showed off her curvy figure as she flipped her middle finger to the camera in new pics after her her drastic plastic surgery makeover.

The 24-year-old, who had a butt lift, boob job, and liposuction back in May, shared the snaps on Instagram.

The Teen Mom 2 star enjoyed a night out at Rocket Mortgage FieldHouse in  Cleveland to see rapper Machine Gun Kelly perform at his fall tour Tickets To My Downfall.

Jade made sure to take some amazing pics from the night and shared a selection of them with her 601k followers on the social media platform.

The reality star wowed in a black halterneck crop top, some high waisted leather pants and a pair of black high heels.

She completed the look with a cropped black PVC jacket, over the shoulder handbag and huge hoop earrings.

The MTV star captioned the post: “Wake me up.”

It comes after Jade showed off her hourglass figure in a crop top and tight jeans in a brand new photo.

Jade, who shares her daughter Kloie, four, with ex Sean Austin, rocked a stunning outfit, which teased cleavage and revealed her bare midriff, in her Instagram Story.

The reality star was heading out for a “weekend vacation” with her gal pal, who also stunned in her leathery wardrobe.

Earlier this year Jade had fat transferred to her breasts as well as a Brazilian butt lift and liposuction during her plastic surgery makeover.

During the Teen Mom 2 reunion special, Jade broke down in tears as she confessed how she thought she was “going to die” and “was blue from lack of oxygen” after her plastic surgery.

In a teaser clip, Jade and co-star Ashley Jones get into a physical fight, which forces the show’s bodyguards to intervene.

Fellow Teen Mom 2 star, Briana DeJesus shared the clip to her Instagram page showing the mom’s and their baby daddy’s gathered outside when the argument broke out.

In the clip, Jade and Ashley were at a close range as Jade yelled: “Don’t f***ing attack me online!,” while the other girls tried to separate the stars.

MTV’s security team then stepped in as things appeared to escalate, keeping Ashley and Jade apart from each other.

Two bodyguards were then seen holding Jade back as she continued to scream at her co-star saying: “Get my f***ing hands on you!”

Another guard was drawing Ashley away as she yelled back: “You don’t want that smoke!”

The eight-episode series, which features viewers’ favorite Teen Mom stars from across the franchise, is due to air this January.

Jade shot to fame in 2018 on Teen Mom: Young and Pregnant.