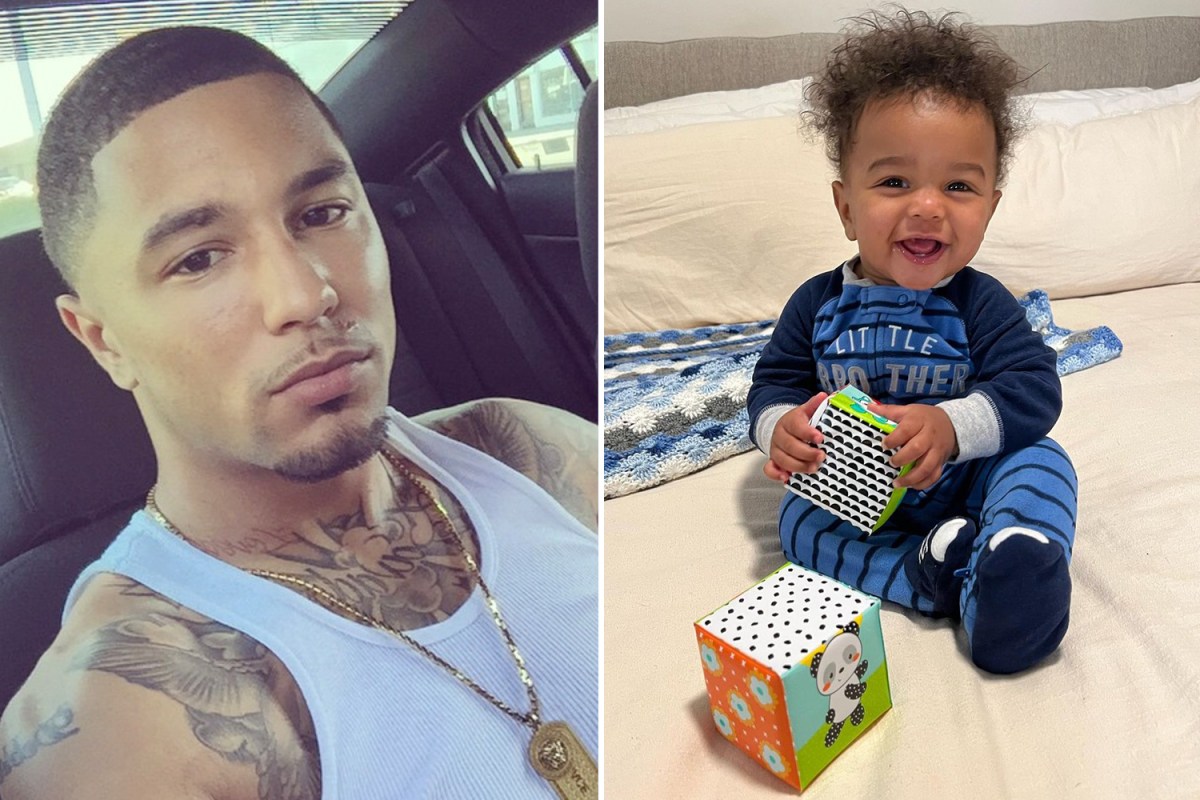 CHEYENNE Floyd’s fiance Zach Davis shared cute photos of their baby son Ace – days after he was arrested at an LA airport.

Teen Mom OG star Zach, 31, was arrested on outstanding warrants earlier this month while going through customs at LAX, as he broke probation in his theft and DUI cases.

But the MTV star brushed over the scandal on his social media as he posted sweet shots of his eight-month-old son Ace.

Zach captured the baby smiling at the camera while wearing a blue and black striped babygro with “little brother” emblazoned across the front.

Ace looked adorable as he played with two brightly colored cubes in his lap.

Zach shared the snaps on Monday evening and captioned them: “‘How do I put this, you will never sleep again.'”

Cheyenne, 29, commented on the post, “MY TWIN,” with a heart eyes emoji.

Zach’s post comes after it was revealed that he was arrested at LAX on January 3 while the family was returning home from a trip to Mexico for breaking probation.

His past cases, that led to the probation and warrants, involved theft and DUI.

The couple was joined by Ace and Cheyenne’s daughter Ryder, 4, with Cory Wharton on their getaway.

🍼  Follow all our latest news & stories on Teen Mom.

According to the Los Angeles County Sheriff’s Office, his next court date is scheduled for October 20, 2022.

The Sun exclusively revealed this week that Zach once “tried to flee from cops” during an “identity theft” bust.

The Teen Mom star was arrested on August 19, 2019 and charged with identity theft and resisting arrest, according to police.

The Public Information Officer for Culver City told The Sun: “Observation of suspicious circumstances, a search revealed identity theft evidence and Davis ran from the scene.”

He was booked and held on $10,000 bail before he was released. The case is “still pending resolution” with Los Angeles courts.

Cheyenne, 29, and Zach dated on her debut season of Teen Mom OG.

They split and she moved on with her baby daddy Cory briefly and then dated boyfriend Matt Walker.

Zach and Cheyenne reconnected during the pandemic and announced their pregnancy just months later.

He proposed to Cheyenne last April at her baby shower ahead of welcoming their son Ace.

They bought property and are now building their dream home.