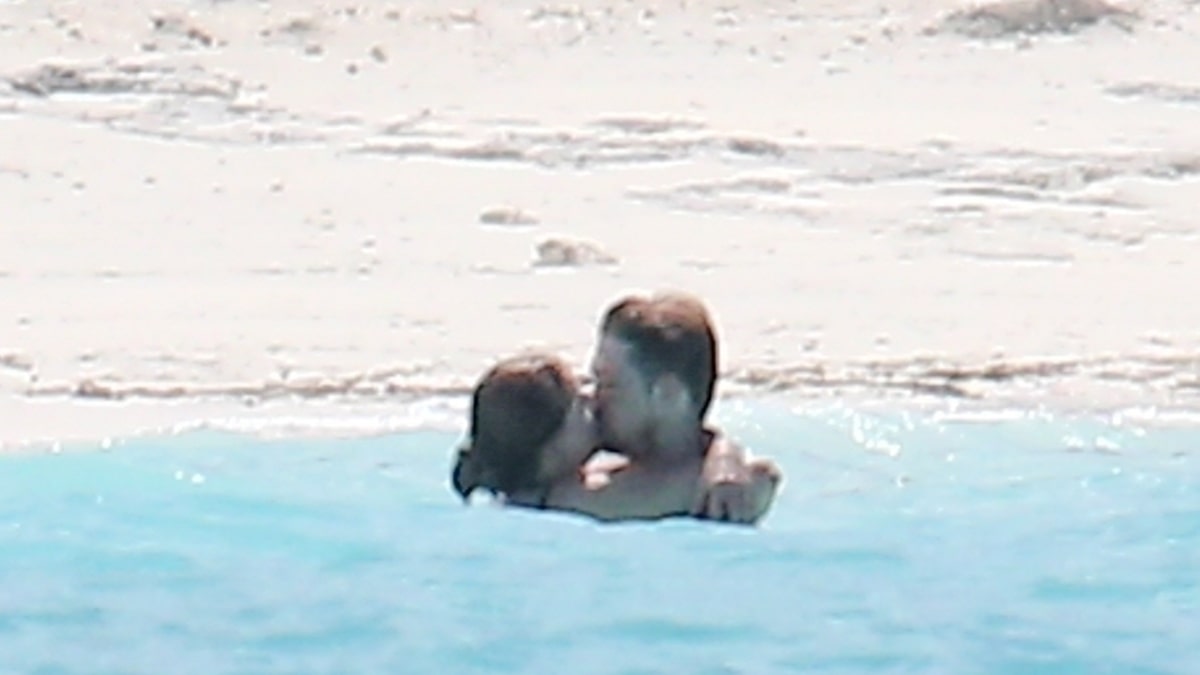 Singer Taylor Swift and her actor boyfriend Joe Alwyn are soaking up the sun in the Bahamas!

The pair were photographed making out while frolicking in the water.

Along with kissing, Taylor was seen wrapping her arms around her beau, who she has been with since 2016.

The PDA fest is quite a rare sighting for the pair, who have managed to keep their relationship under the radar for more than five years.

The sighting comes as Taylor prepares to drop new music. On Thursday, the official Taylor Nation Twitter account posted, “There are things that only Carolina knows… and you soon will too. 🤫 Taylor’s original song #Carolina is out at MIDNIGHT ET.”

There are things that only Carolina knows… and you soon will too. 🤫 Taylor’s original song #Carolina is out at MIDNIGHT ET. Pre-save now at https://t.co/a6KiDO2bGf pic.twitter.com/6VL8mUJsUa

The original song is from the “Where the Crawdads Sing” soundtrack, a thriller coming out July 15.

Reese Witherspoon produced the film, based on a book by the same name, about a woman who raised herself in the marshes of North Carolina, only to join society and later be accused of murder. In a promo for the film, Reese praises Swift’s new song, saying, “Taylor Swift was so inspired by the book she wrote an original song, based on these characters. We’re so lucky to have it on the film. It is haunting, it is beautiful.”

Waiting for your permission to load the Instagram Media.

Meanwhile, back to Taylor and Joe! Alwyn doesn’t often comment on their relationship, but Joe gushed about Swift receiving an honorary doctorate at NYU during an interview with “Extra’s” Katie Krause in May. He told Krause, while promoting his limited series “Conversations with Friends” in Los Angeles, “It’s an incredible honor, it’s absolutely amazing.”

In another interview with Katie, Joe shared Taylor’s reaction to his racy scenes in “Conversations with Friends.” He said, “I mean she’s read the book and she loves the book so she knows it. She just like couldn’t be a bigger fan of the project.”

In her “Miss Americana” documentary from 2020, Taylor discussed their relationship. She revealed, “I was falling in love with someone who had a wonderfully normal, balanced life. We decided together we wanted our relationship to be private. Even though it was really horrible, I was happy. But I wasn’t happy in the way I was trained to be happy. It was happiness without anyone else’s input. We were just happy.”

In another interview with Paul McCartney, she explained the inspiration behind her song “Peace.” She shared, “Peace’ is actually more rooted in my personal life. I know you have done a really excellent job of this in your personal life: carving out a human life within a public life, and how scary that can be when you do fall in love and you meet someone, especially if you’ve met someone who has a very grounded, normal way of living.”

She emphasized, “Whether that’s deciding where to live, who to hang out with, when to not take a picture — the idea of privacy feels so strange to try to explain, but it’s really just trying to find bits of normalcy. That’s what that song ‘Peace’ is talking about. Like, would it be enough if I could never fully achieve the normalcy that we both crave?”

The pair have been the subject of engagement rumors for years.

In a recent interview with WSJ. magazine, Alwyn quipped, “If I had a pound for every time I think I’ve been told I’ve been engaged, then I’d have a lot of pound coins.”

Of his preference to live a private life, he explained, “We live in a culture that people expect so much to be given. So that if you’re not posting all the time about what you’re doing, how you’re spending a day or how you made a breakfast, does that make you a recluse?”

Joe admitted that he was guarded in interviews because it’s “just a knee-jerk response to the culture we live in.” He emphasized, “If you give it to them, it just opens the door.”