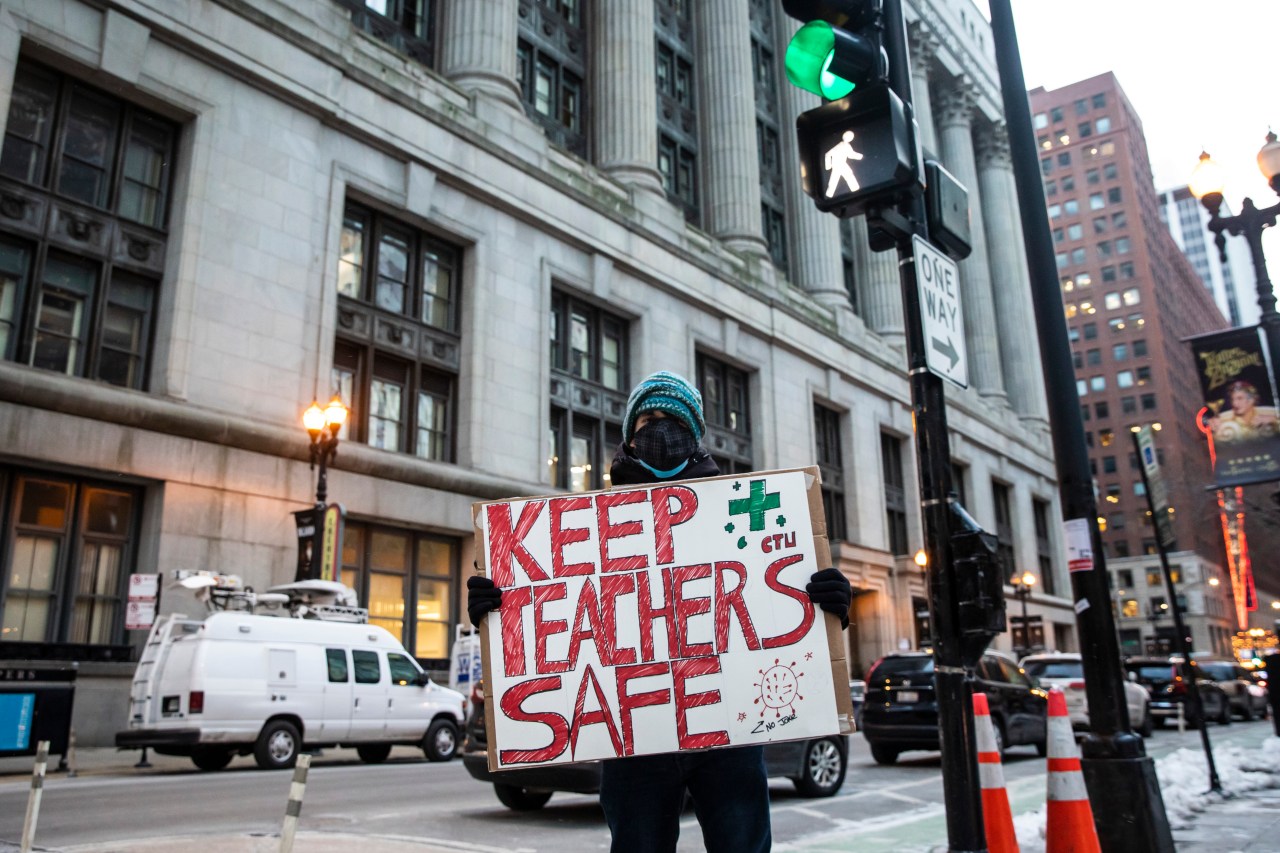 (NewsNation Now) — Nationwide, thousands are staging student walkouts over concerns about COVID-19 safety in the classroom.

The Chicago Teachers Union this week shut down city streets in a car caravan after the district locked them out of online platforms that allowed them to teach remotely.

Educators in Baton Rouge also are demanding to go virtual, and in the Oklahoma City area, schools are shutting down for the remainder of the week because of staffing shortages.

“Tuesday by mid-morning we realized we can’t go all week like this,” said Mid-Del Public Schools Superintendent Rick Cobb.

With teachers out sick, classrooms are sometimes being led by people who are underqualified.

“So you might have an English teacher covering a chemistry class,” Cobb said. “And you can maybe assign work to students, but assigning work and teaching are not the exact same thing.”

In Rochester, Kelly Lalonde has been teaching out of her van. It’s a personal choice she made instead of sharing a classroom after her school district asked teachers to be on campus, she said.

“They need to see my face and not have a mask on and not be muffled by the mask, so my laptop gets Wi-Fi and I’ve been Zooming from the car,” Lalonde said.

Just south of Austin, Texas, one school district is putting out a call to parents on Facebook. An advertisement seeking a substitute teacher promises parents hours that fit their schedule, access to health insurance and $150 a day.

Students at Mansfield Independent School District in Texas also learned earlier this week that the school was shutting down for five days with no switch to remote learning.