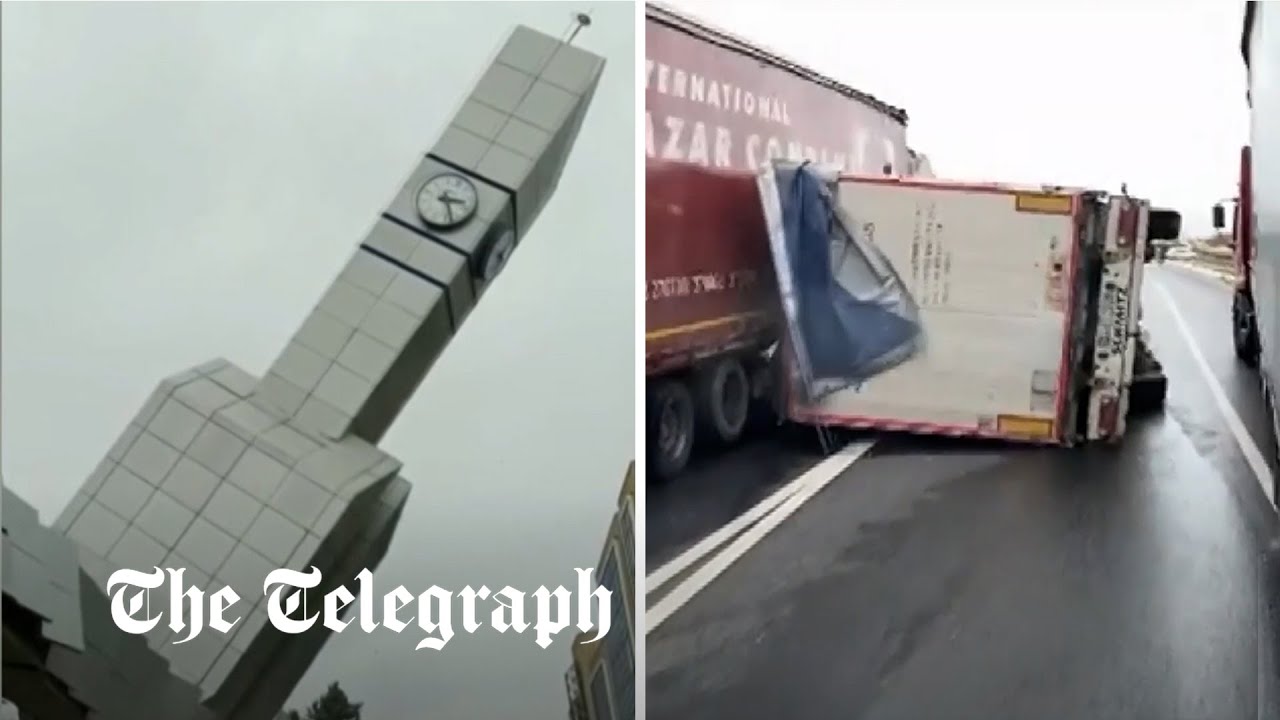 A powerful storm pounded Istanbul and other parts of Turkey on Monday, killing at least four people and causing havoc in the city of 15 million people, reports said.

The victims included a woman who died in Istanbul’s Esenyurt district, where strong gusts tore off part of a roof and it landed on her and her child, the state-run Anadolu Agency reported. The child survived with injuries.

The Istanbul governor’s office said three other people were killed in the city, including a foreign national. Nineteen people were injured, including three people who were in serious condition, it said.

As seen in the video above, gusts also knocked down a clock tower. The winds blew away 33 roofs, uprooted 192 trees, knocked down 52 traffic lights and road signs and damaged 12 cars, according to the Istanbul municipality.

In Istanbul, strong winds also overturned trucks on the motorway.