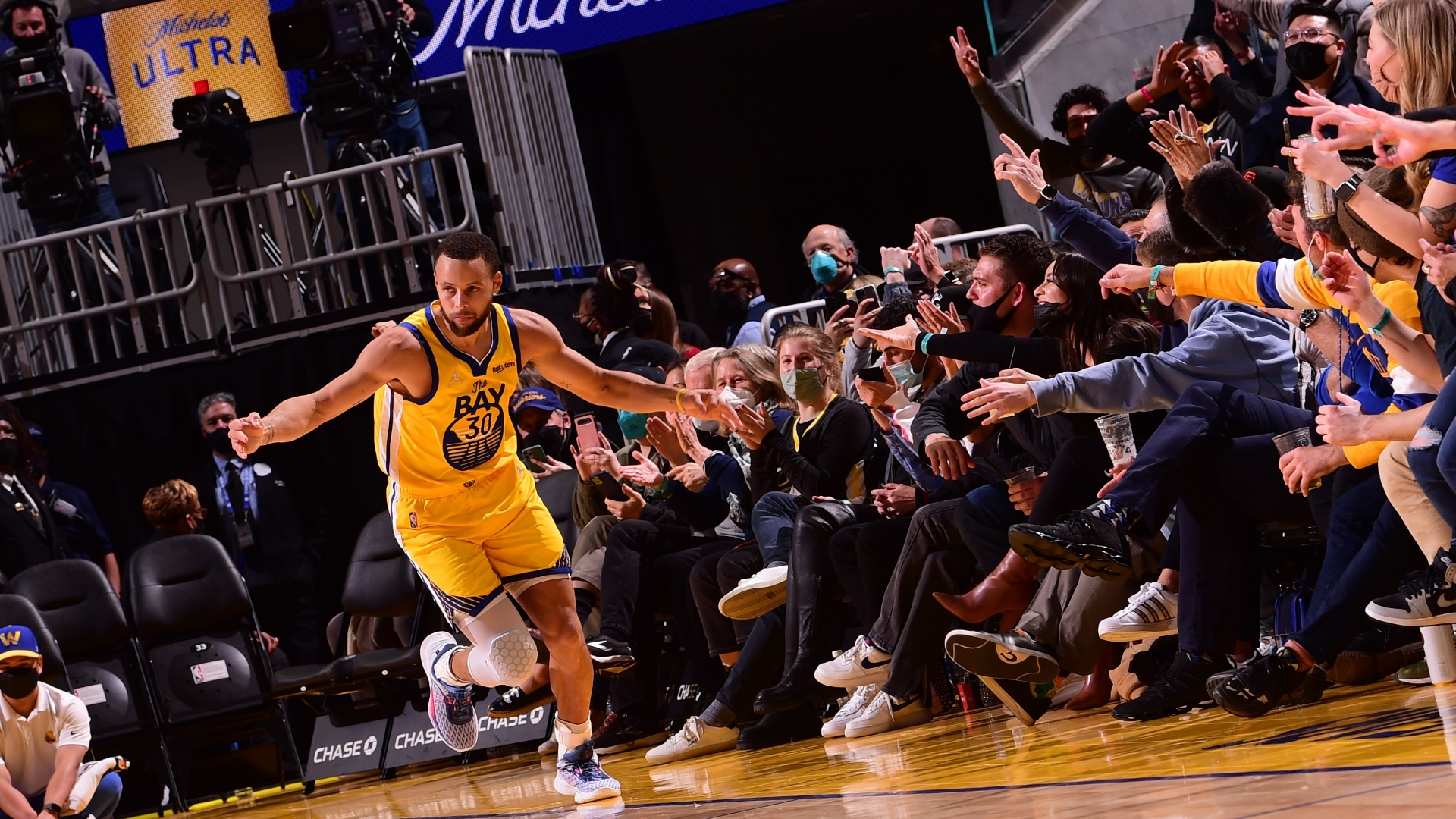 The Warriors’ Monday night game against the Kings was the team’s first contest back in San Francisco since Stephen Curry broke the all-time 3-pointers record in NBA regular-season history.

Following that, the Warriors played games in Boston and Toronto before returning home in the midst of a road-heavy schedule.

Prior to their recently concluded five-game road trip, Curry attempted to break the record in front of the Warriors faithful, needing 16 triples against the Portland Trail Blazers on Dec. 8.

However, it was meant to be at the ‘Mecca of Basketball’, so it was only right that the Warriors fans gave their superstar a tribute and standing ovation on returning home.

The game against the Kings was a comfortable one for the Warriors (113-98), although there was a minor scare in the third quarter with the visitors rallying from 15 points down to take the lead.

However, with Draymond Green recording a triple-double, Golden State had this one in the bag. This was his first triple-double of the season and the 31st of his career, during which the Warriors are nearly undefeated with a 30-1 record.

Meanwhile, Curry scored a game-high 30 points including 15 in the fourth quarter which nearly outscored the Kings (19).

With this victory, the Warriors improve to 25-6 on the season which is the second-best record in the league. Golden State next hosts the Memphis Grizzlies in a couple of days before traveling to Phoenix for a marquee Christmas Day matchup.