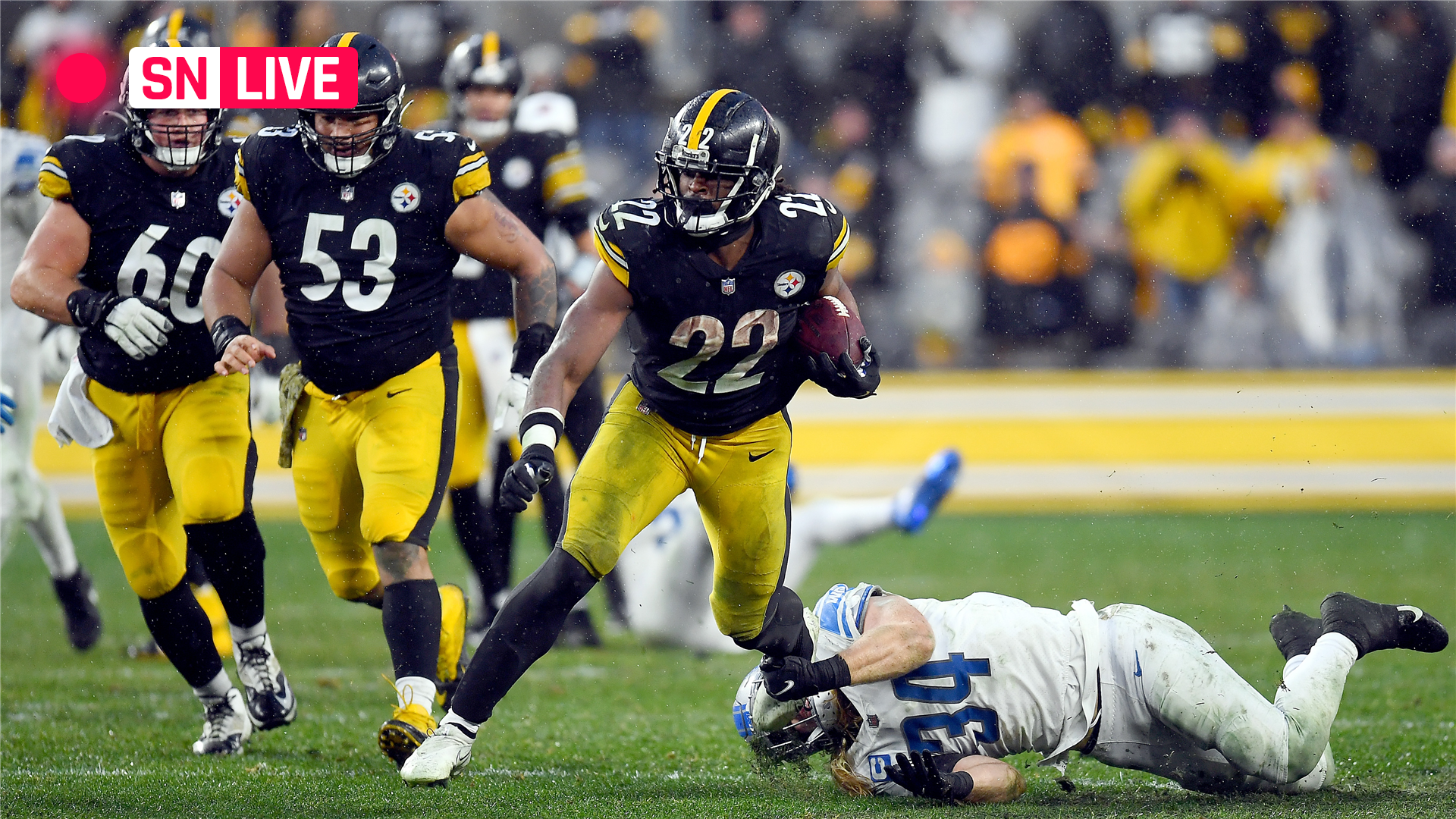 Sunday night’s tilt between the Chargers and Steelers has potentially big-time playoff implications for the two sides. The Chargers sit at 5-4 and currently in the seventh and final playoff spot through 11 weeks of the season.

But the Chargers have struggled of late. Last week in a 27-20 loss to the Vikings, Brandon Staley’s squad mustered just 253 total yards of offense — the second time in four games they failed to reach the 300 mark. Los Angeles has also a negative point differential, having been outscored 228-219 so far this year.

RIVERA: Where do the Chargers’ uniforms rank all-time?

The game against the Steelers is at SoFi Stadium, giving the Chargers a supposed homefield advantage, but they’re just 2-3 at home, including having lost their last two home matchups.

The Steelers, meanwhile currently sit at fifth in the playoff picture at 5-3-1 after tying Detroit a week ago. Longtime quarterback Ben Roethlisberger is expected to start for the Steelers after entering COVID protocols eight days ago, but passing them in time to get cleared.

Prior to the tie, Pittsburgh had won four in a row behind Roethlisberger and a strong defense. Rookie Najee Harris has also impressed, with nearly 1,000 yards from scrimmage so far this year, as well as six total touchdowns.

MORE: Why isn’t TJ Watt playing for the Steelers on SNF?

The Alabama product is the team’s leading rusher and third-leading receiver and could shoulder more of the load as Pittsburgh’s offense will need to be on point without star defenders TJ Watt and Joe Haden.

Sporting News is tracking the live score, updates and highlights from ‘Sunday Night Football.’ Follow below for complete coverage.

9:41 p.m.: FIELD GOAL CHARGERS. Dustin Hopkins nails a 30-yarder with two seconds left on the clock to give the Chargers a touchdown lead heading into halftime. Chargers 17, Steelers 10.

9:35 p.m.: The Chargers have been marching to close out the first half following the touchdown. Looking at first-and-10 from their own 41 with 27 seconds left.

9:25 p.m.: TOUCHDOWN STEELERS. Roethlisberger throws up a floater that hangs in the air and he finds Johnson again in the back of the end zone. Chargers 14, Steelers 10 with 1:09 left in the first half.

9:24 p.m.: Roethlisberger hits Diontae Johnson for 9 yards to the LA 10. Steelers in a position to score before the half.

9:23 p.m.: Following the touchdown, Roethlisberger executes a nice throw and helps the Steelers march down the field.

9:14 p.m.: TOUCHDOWN CHARGERS. It’s Austin Ekeler again, and the Chargers extend their lead. Chargers 14, Steelers 3 with 3:42 left in the first half.

9:09 p.m.: The Chargers are looking at third-and-6 from their own 28 and Herbert scrambles and keeps it for 18 yards to the LA 46. Nearing midfield.

9:06 p.m.: Ekeler takes it for 10 yards and a first down as the Chargers now have a more manageable field.

9:00 p.m.: Roethlisberger hits Chase Claypool for 37 yards to the LA 5. Steelers in prime position to retake the lead here early in the second.

8:53 p.m.: The Steelers’ drive following the touchdown is three plays, all of them to Najee Harris. Now third-and-6 from the Steelers’ 40 for Pittsburgh.

8:47 p.m.: TOUCHDOWN CHARGERS. No doubt about that one as Austin Ekeler runs straight ahead and barrels his way through for the score. Caps off a 12 play, 73-yard drive that chewed nearly six minutes of clock. Chargers 7, Steelers 3 with 2:09 left in the first.

8:46 p.m.: The Chargers punch it in but get hit for illegal formation. Drives them back 5 yards to the Pittsburgh 6 and a replay of first down.

8:40 p.m.: Los Angeles converts on third-and-14 after hitting Mike Williams for 22 yards. That’s followed up by 5-yard catch by Jared Cook and an 11-yard grab by Keenan Allen. Chargers across midfield to the Steelers’ 39.

8:34 p.m.: The Steelers go three-and-out in the red zone and will send Chris Boswell on to kick.

8:32 p.m.: After a gain of 16 yards and two defensive penalties on the Chargers, the Steelers are officially in the red zone for the first time tonight. Second-and-5 from the 18 upcoming.

8:28 p.m.: Roethlisberger hits tight end Pat Freiermuth to convert on third down once again. This time it goes for 4 yards and the Steelers are nearing midfield at their own 49.

8:27 p.m.: The game’s first penalty is against Los Angeles’ Joey Bosa, who gets hit for a neutral zone infraction Second-and-5 upcoming for the Steelers.

8:24 p.m.: Ben Roethlisberger’s first pass of the game is complete to Chase Claypool on third down and the Steelers convert. Gain of 8 on the play.

For the third straight week, the “Sunday Night Football” game will have a 5:20 p.m. PST local kickoff time, and for the second time in three weeks it will be in SoFi Stadium. As usual, it will begin at 8:20 p.m. EST.

How to watch Sunday Night Football

Steelers vs. Chargers will be broadcast nationally on NBC as the “Sunday Night Football” game in Week 11. The game will be called by Al Michaels and Cris Collinsworth, with Michelle Tafoya on the sideline.

In Canada, viewers can watch Steelers vs. Chargers on DAZN, which includes every NFL game as part of a 30-day free trial.