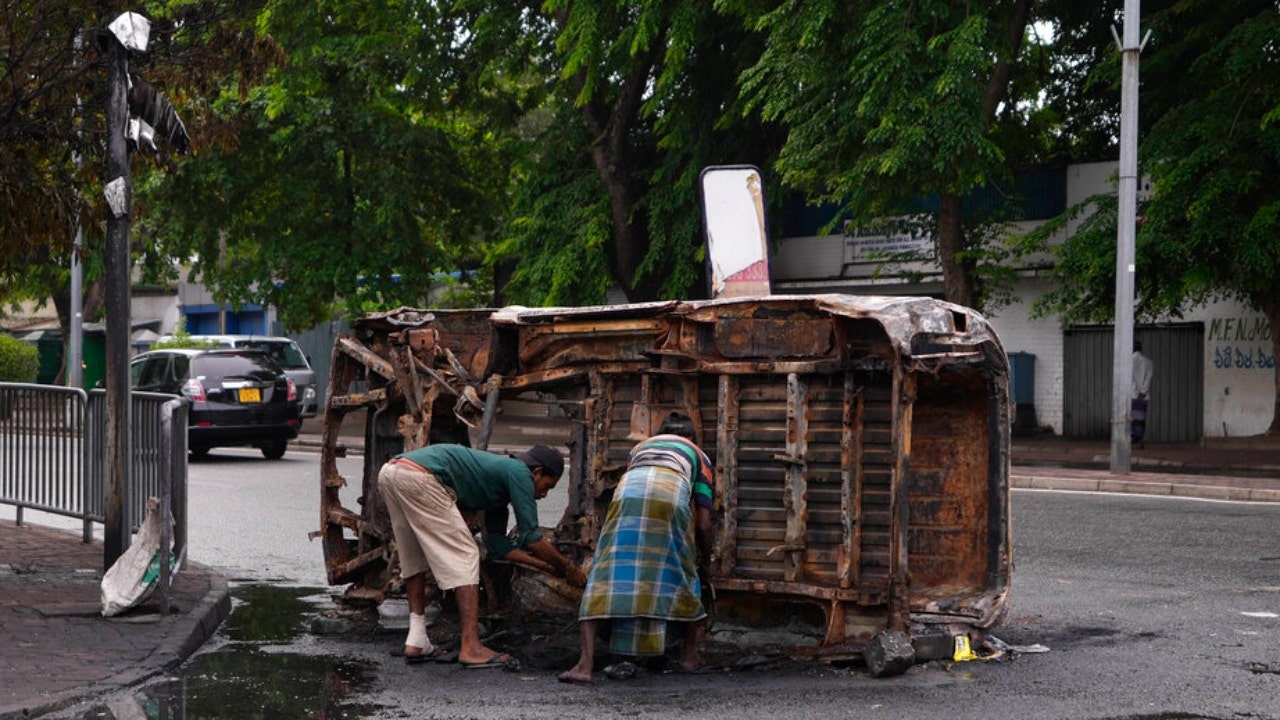 Sri Lanka’s defense ministry ordered security forces on Tuesday to shoot anyone who was causing injury to people or property.

The order comes a day after violent clashes on the island left eight dead.

The nation’s prime minister, Mahinda Rajapaksa, resigned on Monday after weeks of demonstrations calling for President Gotabaya Rajapaksa – his brother – to step down.

“While emotions are running high in #lka, I urge our general public to exercise restraint & remember that violence only begets violence. The economic crisis we’re in needs an economic solution which this administration is committed to resolving,” he tweeted.

Sri Lanka is facing its worst economic crisis in decades, with shortages of life-saving drugs and food.

The president and his brother have admitted to mistakes that exacerbated the issue.

“I appeal and urge people to remain calm [and] stop violence [and] acts of revenge against citizens, irrespective of political affiliations,” the president tweeted Tuesday. “All efforts will be made to restore political stability through consensus, within constitutional mandate [and] to resolve economic crisis.”

The resignation, according to Mahinda, followed a violent attack by government supporters on peaceful protesters, prompting authorities to deploy armed troops in the capital.

Police watched and did little to stop the assault, and angry citizens across the country responded by attacking government supporters and ruling party politicians.

More than 210 were injured in the violence, according to Kamal Gunaratne, secretary to the Ministry of Defense.

Over 100 buildings and numerous vehicles were burned.

Despite a 36-hour nationwide curfew, protests continued on Tuesday, with some attacks on the homes of government supporters.

“There is an emergency and a curfew in force but we see sections of the youth breaking into homes committing arson, assault, killings and theft,” Gunaratne said in a statement.

With Mahinda’s departure, the Cabinet has also been dissolved. Talks were underway to form a new one.

Rajapaksa declared a state of emergency on Friday.