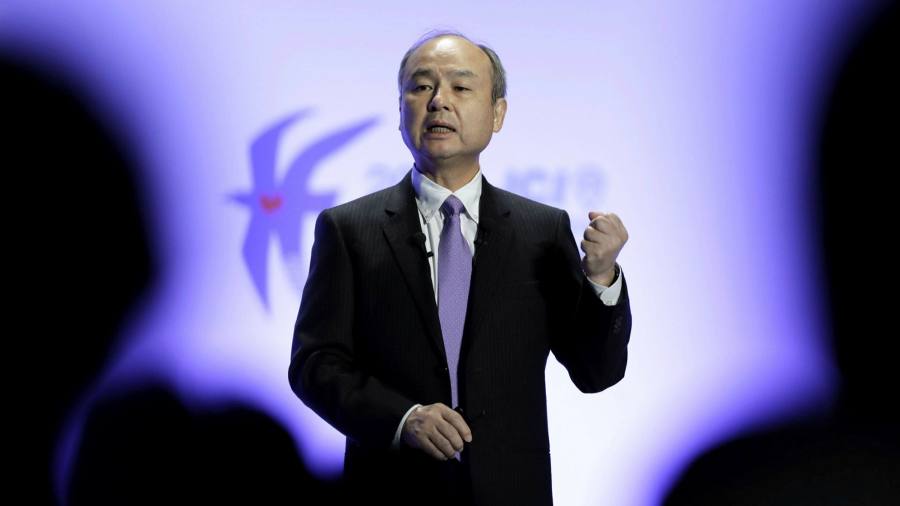 SoftBank founder Masayoshi Son has promised a ¥1tn ($8.8bn) share buyback programme over the next 12 months, yielding to investor pressure after the company’s Vision Fund unit disclosed a record quarterly loss of ¥825.1bn.

Market expectations of a new round of share repurchases had been rising with some of the company’s largest shareholders, including activist hedge fund Elliott Management, frustrated by the flagging performance of the Japanese technology conglomerate’s stock price.

The original Vision Fund, SoftBank’s Saudi-backed $100bn investment vehicle, has suffered as its publicly traded investments in China have been hit by a government crackdown while other big bets, such as South Korean ecommerce group Coupang, have faltered.

Despite the setback, Son said he would accelerate the pace of investments for the Vision Fund’s sequel fund, which had allocated 15 per cent of its $33bn in capital to China as of the end of September.

For the July to September quarter, SoftBank reported a net loss of ¥397.9bn compared with a profit of ¥627.5bn for the same period a year earlier, as profits from its domestic telecoms business helped to narrow the Vision Fund unit’s losses.

In just 12 months, the value of the group’s net assets collapsed from ¥27.9tn to ¥20.9tn, mainly due to a regulatory crackdown on Chinese ecommerce group Alibaba.

“We’re facing a major storm once again,” Son said at a news conference.

The Vision Funds’ quarterly losses were also bigger than a loss of ¥788.6bn that the group reported in the January to March quarter of 2020, when SoftBank launched a $23bn share-buyback programme to stem pandemic-induced market turmoil that sent its shares tumbling sharply.

SoftBank shares peaked in mid-March at ¥10,700, but are down more than 40 per cent as last year’s massive stock repurchases neared their end.

Son said the board approved a new round of stock buybacks on Monday, although he warned that the programme might not reach the upper limit within the next 12 months.

“I firmly believe the current share price presents a big buy opportunity. We will also preserve enough capital for investments,” said the billionaire founder, who owns more than one-third of the company.

One long-term investor in SoftBank questioned how long the impact of the new share buyback would last. “The buyback has always been an easy way to drive the short-term share price but it does not help long-term institutional investors,” he said. “After a while, the share price tends to slip back and there is confusion with SoftBank investors what should be the share price driver.”

Son added that the geographical footprint of the Vision Funds was becoming more diversified, with 35 per cent allocated to the US and 19 per cent deployed in China.

For the second Vision Fund, 9 per cent of its capital is allocated to India where ride-sharing group Ola and payments group Paytm plan to launch initial public offerings.