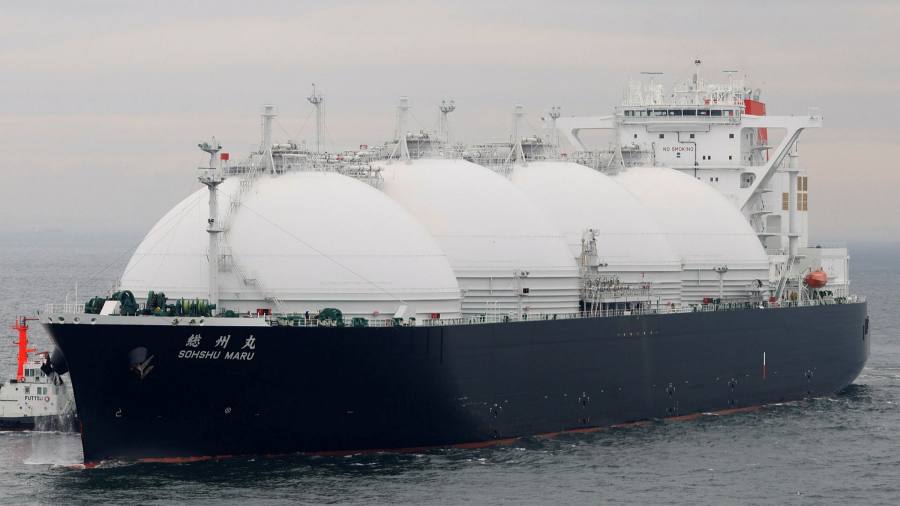 Surging energy prices in Europe have upended the normal trading patterns for liquefied natural gas with vessels destined for Asia changing tack mid-voyage to supply increasingly desperate European consumers who are paying a premium for cargoes.

For much of the year buyers in China, Japan and South Korea have outbid Europeans for shipments of the super chilled fuel, used in power stations to generate electricity.

But with storage now full across the region, uncommitted cargoes from the Atlantic basin that were heading for Asia are being turned around by their owners and sent to Europe to cash in on soaring prices and demand. On Tuesday, European gas prices leapt 16.5 per cent to a record €171.50 per megawatt hour on Tuesday as Russian gas flows on a key pipeline stopped.

According to data from Platts the difference between European and Asian prices is currently the widest on record.

Spot LNG shipments to Europe were pricing at roughly $48.5 per million British thermal units compared versus $41/Mmbtu in Asia. During October and November prices in Asia had averaged $5/Mmbtu above those in Europe, the brokerage said.

Those movements include the diversion of US LNG vessels bound for Asia backed towards European ports and the first shipment of Australian LNG to Europe in more than a decade.

Minerva Chios, a US LNG tanker, was heading east near India on December 15 but has since turned round and was now on course for the Suez Canal, suggesting a delivery to Europe, Froley said.

A second US LNG vessel turned round near the Malacca Strait last week, while a third vessel is due to deliver a partial cargo of Australian LNG to Barcelona on December 24 after leaving the larger part of the shipment in China earlier this month.

“This is believed to be the first Australian LNG into Europe since 2009, when there were a couple of Australian cargoes to the UK and France,” he added.

Torbjorn Tornqvist, the founder and chief executive of Gunvor, the world’s biggest independent LNG trader, said he expected to see 15 to 20 cargoes, in addition to the normal flow, head to Europe this month and the same amount in January.

“Europe is clearly pricing itself to attract a lot of LNG and it needs it,” he said. “Without that, the supply situation could be very serious depending on the weather. Stocks are already low and will be exceptionally low by the end of the winter.”

ICIS’s Froley said Royal Dutch Shell, which has an offtake agreement with the Pampa Melchorita LNG terminal in Peru, had been sending Peruvian LNG to the UK for the first time since 2019. Seven such Shell cargoes have arrived in the UK since the end of October, with four more cargoes scheduled “in coming weeks”, he said.

Like in continental Europe, UK gas prices have risen roughly 650 per cent since the start of the year, bankrupting more than two dozen domestic energy suppliers.

Futures contracts tied to the UK wholesale price are up 15 per cent at a record 429p a therm, an increase of 77 per cent this month and the equivalent of $320 a barrel of oil. Brent crude is currently trading at $72.41.

Gas accounts for about 40 per cent of UK electricity generation and heats the majority of homes. It depends on LNG shipments for roughly a fifth of total supply.

Margrethe Vestager, European Commission executive vice-president, said on Tuesday that the current gas price crisis only highlights the need for Europe to accelerate its transition to renewable energy:

“The faster we get to renewables, the less exposed we are to price spikes coming from imported fossil fuels. The huge part of the price spikes we see right now comes from the fact that gas prices — and we import the huge majority from eastern Europe — is at an all-time high. Being more self-reliant will protect us from price spikes.”

Vestager, who is in charge of competition policy, presented revised state aid rules for the bloc, encouraging governments to channel subsidies into greener technologies and climate-mitigation measures and banning state aid to highly polluting fossil fuels, with the exception of natural gas.