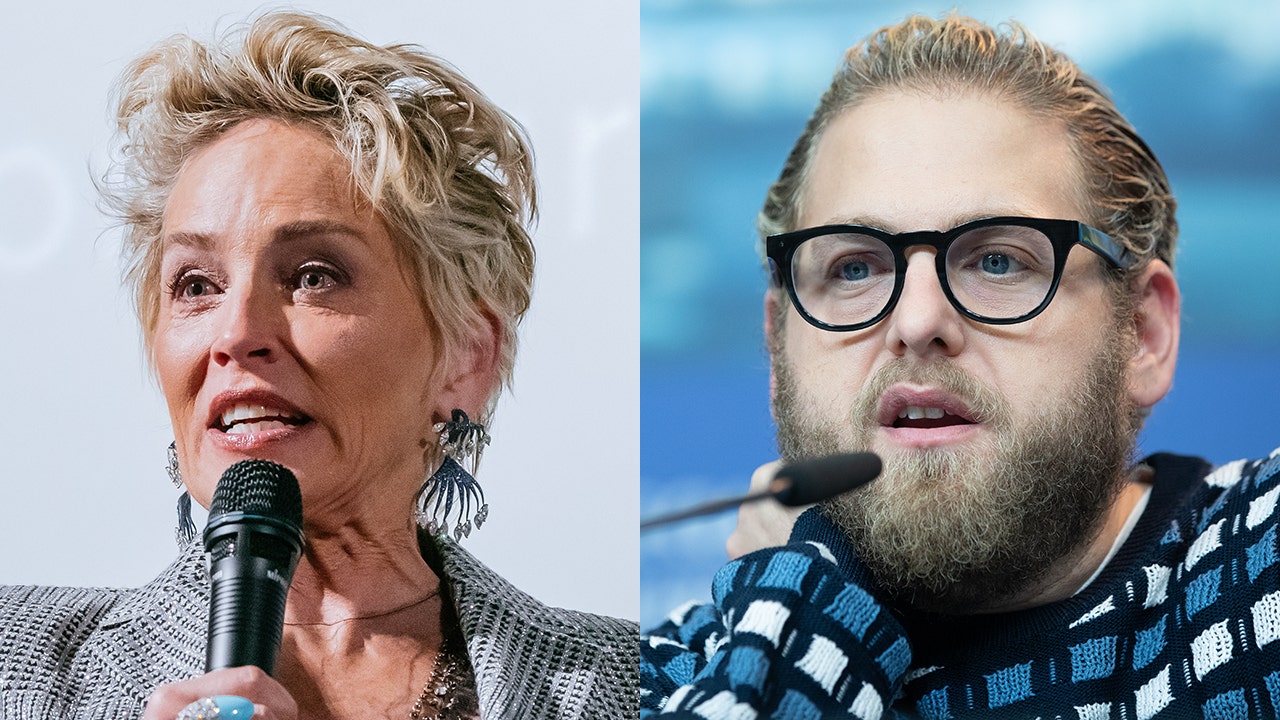 She didn’t use her basic instinct.

After Jonah Hill politely asked his followers on Instagram not to comment on his body — good or bad — actress Sharon Stone posted a comment, asking, “Can i say you look good cuz u do,” with a fire emoji.

The comment from Stone’s verified account drew the ire of some Hill fans, who posted replies to the “Casino” and “Basic Instinct” star such as, “read the room” and “He literally just said no, Sharon Stone. Sheesh.”

“Would be amazing if you could delete this comment and learn how to read,” another commenter posted.

‘SUPERBAD’ STAR JONAH HILL EXPLAINS WHY HE HIT ‘PAUSE’ ON HOLLYWOOD AFTER ‘OVERNIGHT’ FAME: ‘I WAS A KID’

Actress Sharon Stone received backlash from fans on social media for complimenting Jonah Hill after he made a public plea asking people to ‘not comment on my body.’

However, one person did point out that she wasn’t commenting on his body, but just saying he looks good.

Hill, 37, had previously posted on Wednesday, “I know you mean well but I kindly ask that you not comment on my body… Good or bad I want to politely let you know it’s not helpful and doesn’t feel good. Much respect.”

But like a kooky aunt at Thanksgiving, Stone, 63, seemingly could not stop herself from paying the unwanted compliment.

The “Superbad” star’s weight gains and losses have been tabloid and social media fodder over the years. Recently, he has been opening up to his fans and friends on social media about his physical and mental health.

Jonah Hill has been opening up to fans about his weight struggles.
(Photo by Kurt Krieger/Corbis )

He posted earlier this year: “I don’t think I ever took my shirt off in a pool until I was in my mid 30s even in front of family and friends… Probably would have happened sooner if my childhood insecurities weren’t exacerbated by years of public mockery about my body by press and interviewers. I’m 37 and finally love and accept myself.”

He also showed off a new tattoo in August that said, “Body Love,” in an old-school Body Glove surf brand logo.

SHARON STONE, 61, ON EMBRACING HER AGE AND WHY SHE THINKS ‘BASIC INSTINCT’ WOULDN’T BE MADE TODAY

Meanwhile, Stone told told Town & Country last year. “People still want to see my boobs… It’s like, ‘Really? Grow up!’” (She then reportedly threw up her arms during the interview, and joked, “But also … Here’s some boobs!”)

She added, “I mean, I never thought I was that sexy,” and added of her femme fatale “Basic Instinct” role, “It’s difficult, because everybody expects you to be that all the time. It was very difficult for Marilyn Monroe. She did movies that really mattered, like ‘Bus Stop,’ ‘The Misfits,’ but she still couldn’t get completely out of being that thing. It’s very hard to shake.”

In June, Stone posted a bikini pic with the caption, “Happy summer,” that had celeb fans from Jamie Lee Curtis to Lisa Rinna, Mariska Hargitay, Andie MacDowell and more.

Hill’s request for folks to stop commenting on his physique also got approval from celebrities such as SZA, Olivia Munn and Aidy Bryant — who all used heart emojis or other neutral words of support.