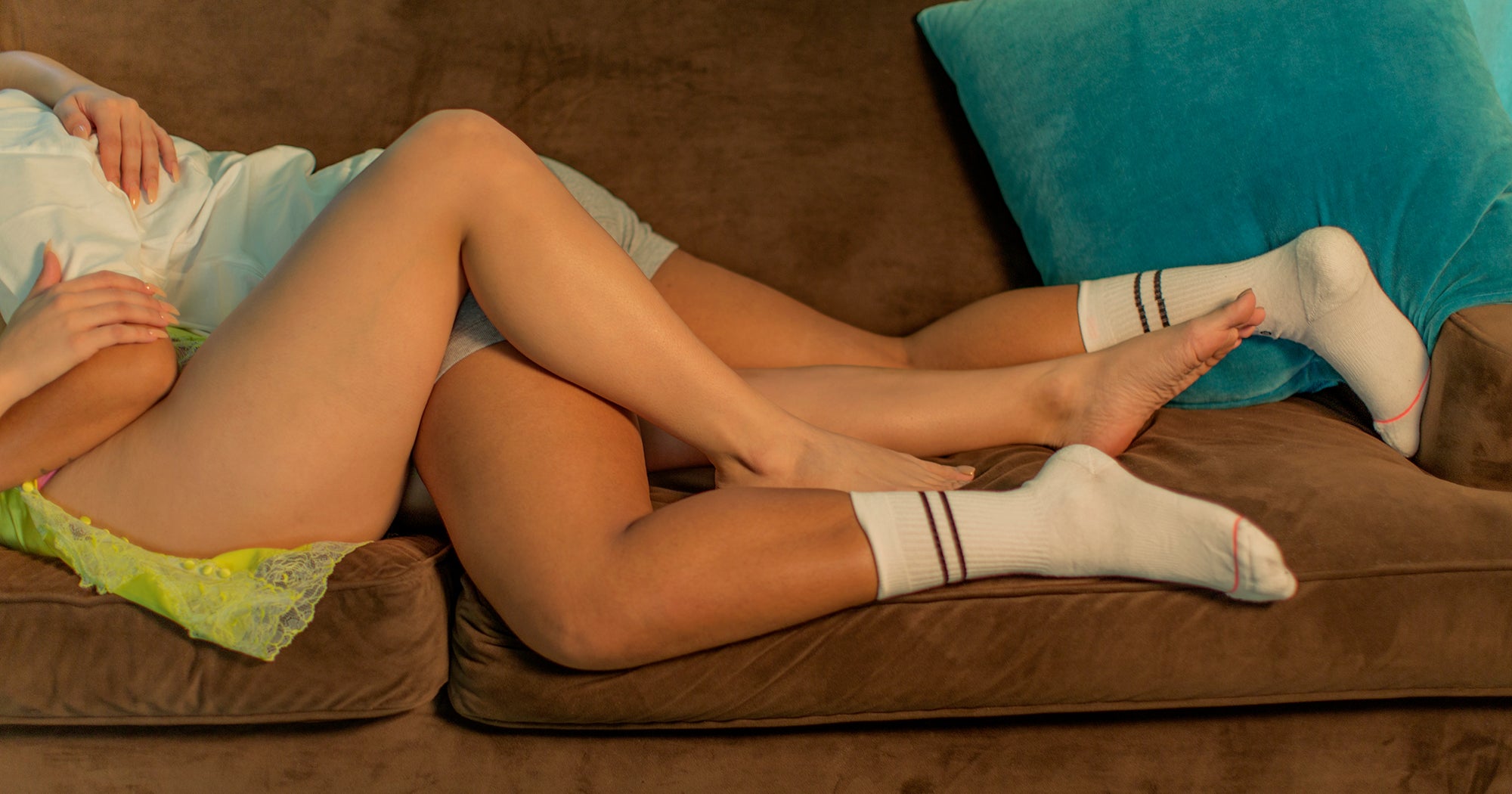 Whenever I need to find the time to do something that matters in my life, from exercise to writing to keeping up with friends, I always check my schedule and make sure I set aside the time to get it done — I put it on the calendar. I also do that with sex.

For my partner and me, planning intimacy helps remove the pressure to make sure we’re having “enough sex” for our liking and gives us something to look forward to (and prep for, if necessary). But scheduling sex isn’t as simple as choosing a day and time and sticking to it; it requires vulnerability as you communicate and get on the same page about the amount of sex you want to have and what you each think is reasonable to sacrifice — time… sleep… another episode of the Netflix show you’re bingeing? — in the name of prioritizing intimacy. And in some cases, these conversations can bring up even deeper concerns.

Last summer, I interviewed sources for another article on this topic, and I found myself bumping up against the issue of identity. It seemed that many sex schedulers, myself included, were initially hesitant to put intimacy on the calendar because we were afraid of what that would say about us. We had internalized the message that sex was supposed to be spontaneous, and that needing to schedule it meant there was something inherently wrong with us, or our partner, or our relationship.

For some people, like Jenny True, Romper columnist and author of You Look Tired: An Excruciatingly Honest Guide to New Parenthood, scheduling sex felt like it was in direct conflict with who she’d thought she was. True told me she used to be much more sexually active, and she missed that part of her life. “I’ve had dozens of sexual partners, in all kinds of situations, and part of my identity has always been the one who was willing to ‘go there’,” she said when I followed up for this article. “Unless something significant changes,” she added, “that part of my life is gone, which means — yes — a part of me is gone, and I sometimes feel a bit at sea about who I am.”

I can relate. When I went from being in an extremely passionate, but ultimately unhealthy long-term relationship to a respectful, fun, less “wild” marriage, I also faced an identity shift, especially regarding my body. My previous relationship, and its focus on physical affection, played a significant part in my acceptance of my body. Losing that constant validation threw me for a loop. Dating was a poor replacement, and eventually (through plenty of therapy) I came to realize that any self-image that’s contingent on another person is ultimately flimsy, but the war between my rational mind and my instincts toward self-doubt is ongoing.

I grapple with this side of my identity often. Who am I if I’m not being chased by an arduous partner? And what does it say about my commitment to feminism that I even ask myself this question? What does it mean about me, about my desirability, and also about my connection with my own desire, if I have to put sex on my calendar in order to make sure it doesn’t get subjugated by sleep or obligations? Is this just a sign of getting older and busier? Or is it an indication of a deeper shift?

There are lots of different ways that people can find their identities being challenged by sex scheduling. Andrew Thomas Roth, a relationship coach who often recommends scheduling sex to his clients — and who also implements a schedule in his own marriage — singles out the way that many of his clients who are cis men in heterosexual relationships react somewhat imperiously to his advice. “[They’ve] been conditioned to believe that women should want to have sex with them simply because they are men,” he said, “To suggest that a man might have to work at engaging a woman sexually, including the strategic scheduling of sex, feels to them like an insult to their manhood.”

To get around this roadblock, Roth suggests clients “take responsibility for their needs and desires… it’s a privilege to engage with a partner sexually and it’s something that you should want to earn.” He recommends “adopting a mindset of reverence and seduction,” and putting in the work to foster desire and arousal. Roth added: “A little bit of psycho-education goes a long way with my clients when they were raised in a culture in which pornography is the main source of sex ed.”

But adjusting our mindsets can be extremely challenging. I still sometimes feel like I’ve failed if my partner isn’t constantly pursuing me. I make jokes-that-aren’t-really-jokes about whether I’ve “let myself go” or pulled a “bait and switch” on him, doing temperature checks on whether he’s still attracted to me. Whether we willingly buy into it or not, our desirability is linked with our value — what are we worth if we’re not turning heads?

As someone who spent my adolescence feeling invisible, I can’t deny that it makes me feel good to be reminded that I’m desirable. And this is part of what makes the issue of scheduling sex so tricky. Unlike the other elements that make up our identities, for those of us in monogamous partnerships, how much sex we have isn’t solely under our control — there’s someone else involved, and that person’s desire and energy levels may have nothing to do with us. Or they may feel plenty of desire, but not have the energy to muster the arousal required to initiate spontaneous sex. When I stop being so self-centered about it, I remind myself that I frequently desire my partner, but that doesn’t mean the timing is always right for a proposition.

Desire is just not as simple as being horny or feeling nothing. While spontaneous desire — a strong impulse to get off, seemingly out of nowhere or spurred by the sight of your partner — does happen, for most people it’s less and less common as we (and our relationships) age. What often takes its place is responsive desire: arousal in response to a lover’s touch or verbal initiation. As Roth said, “Desire happens in the head, arousal happens in the body.” He added that scheduling intimacy enables couples to “focus on cultivating arousal in your partner by creating the conditions in which desire can grow,” building anticipation and connection ahead of time through non-sexual touch, acts of service, and verbal affirmation. This is what we do in the early days of a relationship, when we don’t see our partner for days at a time; why not bring that energy into long-term relationships, too?

For True, it eases her identity discomfort to contextualize it among the other shifts in her life. She schedules sex in large part because she and her partner have a small child who takes up a lot of their time and energy. As a result of that addition, she said, “I’ve definitely lost touch with some of the things I was pretty sure defined me. Spontaneous sex was a big part of that.” But, she added, “some of my passion has morphed into different areas, and the abandon that goes hand in hand with spontaneous sex doesn’t serve other pursuits that require commitment and resilience.”

That tradeoff is a reality of life. I spent most of my 20s thinking I would never own a home, and then I was thrilled to be able to buy one at 33 — but now I can’t really up-sticks and move to another country, like I did after college. Similarly, I’m working toward parenthood, and I’m aware that I’ll sacrifice even the smallest freedoms in exchange for the privilege of raising a child. I’m not the same person I was in my 20s; sometimes I mourn her, but I also know in my bones that I wouldn’t go back to that time of my life for anything.

What I came to realize was that scheduling intimacy was an important way of prioritizing it, and my partner. Talking about it ahead of time fosters communication, which breeds connection. And the more time we make for sex, the more we remember how much we enjoy it — yes, even more than an extra hour of sleep.

Like what you see? How about some more R29 goodness, right here?

Why 'Weaponized Incompetence' Is Big On TikTok

The Moment I Knew My Relationship Was Over

At 27, I’ve Never Had A Relationship & That's Okay