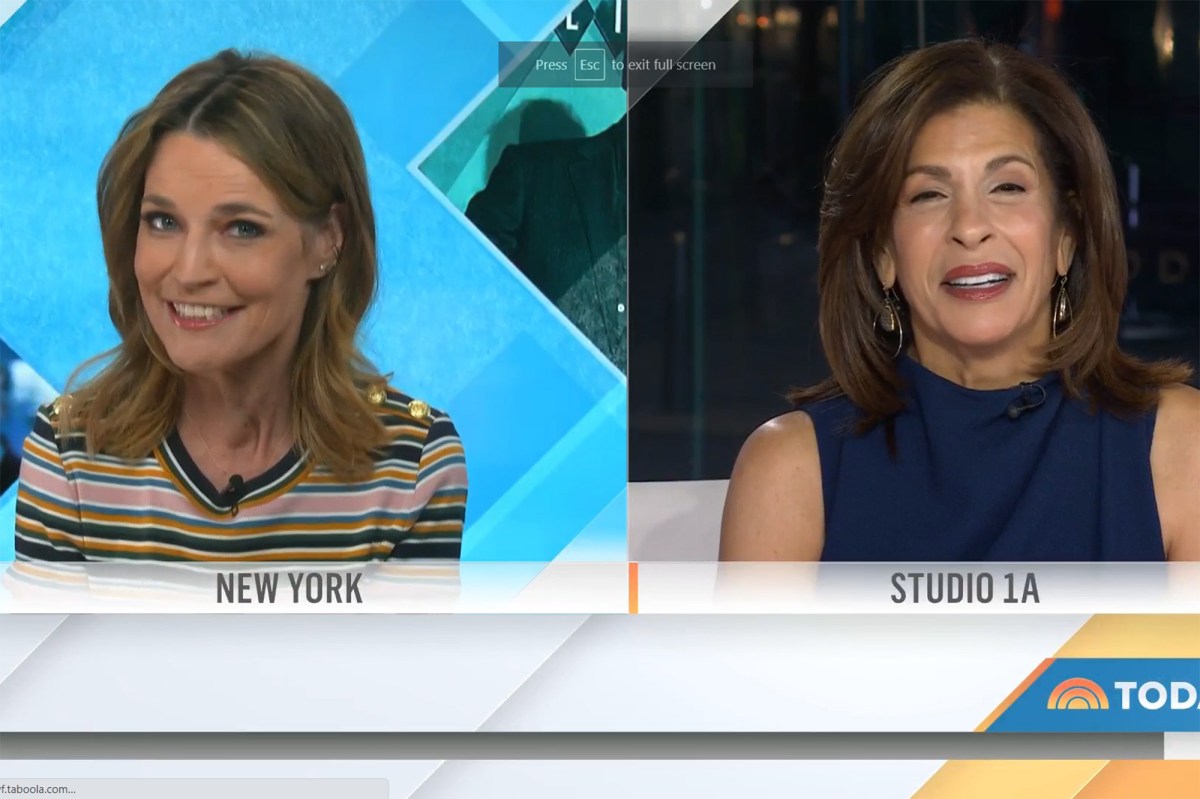 Savannah Guthrie has tested positive for a breakthrough case of COVID-19 — more than a week after her 50th birthday party.

The “Today” show co-anchor announced the news on air Monday morning as she broadcast from home.

Guthrie appeared on a split screen with Hoda Kotb, who returned to Studio 1A after testing positive last week.

“We’re trading places,” Guthrie told Kotb, 57, at the beginning of the show. “I’m working from home. You’re back in the studio. You have a negative test for COVID. I just tested positive for COVID, so here we go.”

When asked how she was feeling, Guthrie, who is vaccinated and boosted, described her symptoms as mild.

“Little sniffles, not much more than that,” she said.

The mom of two went on to say that she hopes to return to work soon.

“I feel good, feel really good. Just a couple days at home and I’m sure I’ll be back in the saddle soon,” she added.

Guthrie also took to Instagram to share the news, posting a photo of herself taping the show from her home.

“Trading places with @hodakotb! She is back in studio and is now negative, and now I just tested + for covid! So working from home a few days. Feel good, just a few sniffles,” she reiterated.

Guthrie’s diagnosis comes after her husband, Michael Feldman, threw her a belated birthday bash on New Years’ Eve — despite the rise of coronavirus cases in New York.

A source close to Guthrie, who turned 50 on Dec. 27, and Feldman, 53, exclusively told Page Six at the time that the two were planning on going “above and beyond” to follow COVID-19 protocols.

We’re told only 60 people were invited, including family members, close friends and some colleagues from the “Today” show.

“Her entire family has been with her for over the holidays, which is one of the main reasons they are doing it at this time,” the insider said.

Al Roker, Carson Daly and Jenna Bush Hager were all confirmed guests, a separate source told us at the time, although none of them posted photos of the event to their social media feeds.