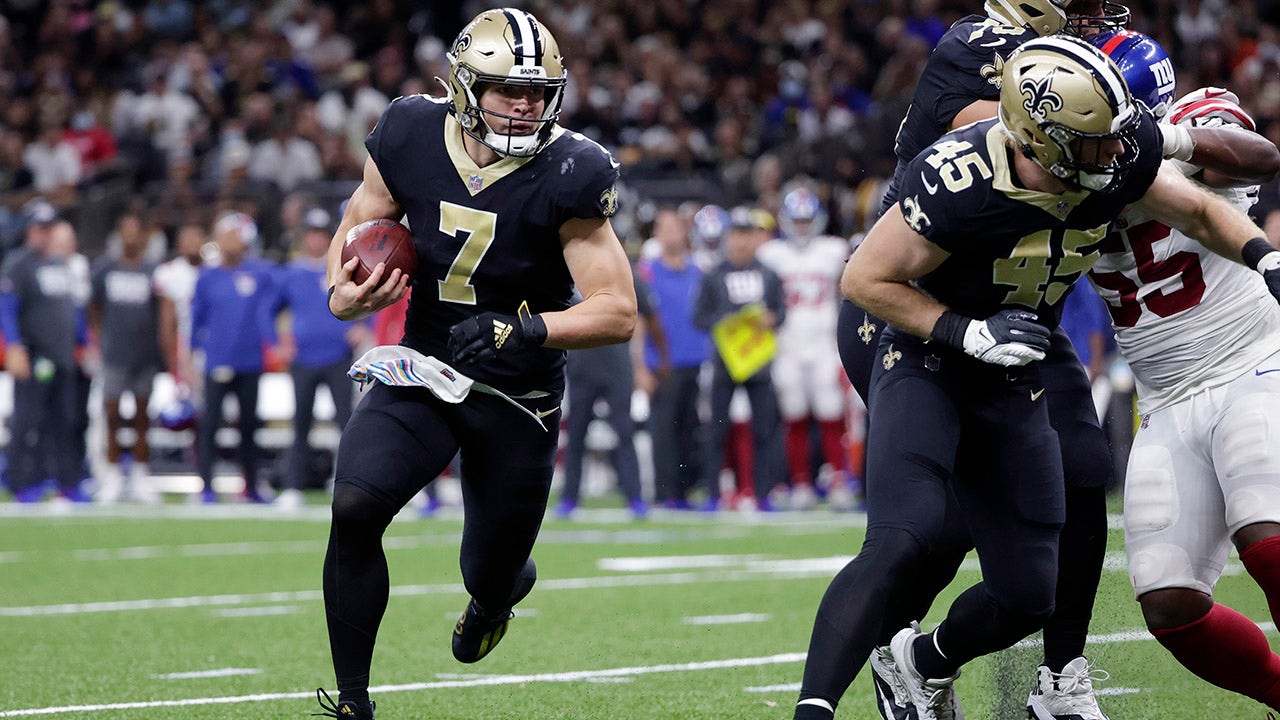 Hill agreed to a four-year, hybrid-type of contract that will pay him anywhere between $40 million and $95 million, including $22.5 million guaranteed, ESPN reported on Monday. Hill, who was active for the team’s game against the Philadelphia Eagles, didn’t play a single offensive snap.

New Orleans Saints quarterback Taysom Hill (7) runs in for a touchdown during the first half of an NFL football game against the Denver Broncos, Sunday, Nov. 29, 2020, in Denver. (AP Photo/David Zalubowski)

New Orleans Saints quarterback Taysom Hill, right, is congratulated by tight end Garrett Griffin (45) after his touchdown during the second half of an NFL football game against the New England Patriots, Sunday, Sept. 26, 2021, in Foxborough, Mass.
(AP Photo/Mary Schwalm)

The reason why the deal is so unique is because Hill plays multiple positions for the Saints.

With starting quarterback Jameis Winston done for the season after suffering a torn ACL, the Saints have relied on third-stringer Trevor Siemian to operate under center, but New Orleans is currently on a three-game losing streak.

In seven games played this season, Hill has 56 passing yards with no touchdowns and one interception. He also has 20 attempts with 104 yards on the ground and three scores, and four receptions for 52 yards.