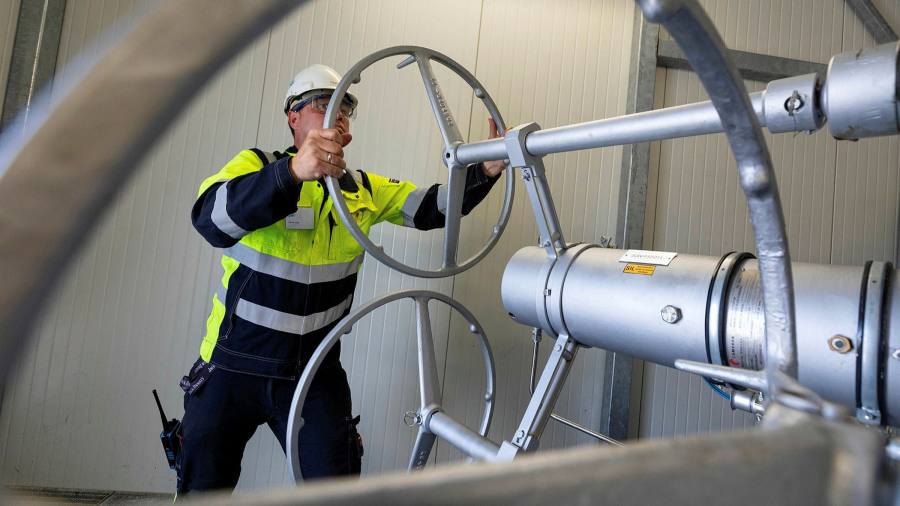 EU solidarity will come under severe strain this winter if Russian gas supplies are cut off, the head of Germany utility RWE has warned, saying there will be “chaos” across the continent unless the bloc acts now to establish rules on energy sharing.

“The real fear I have is that European solidarity will come under significant stress if we don’t sort it out before the situation happens,” Markus Krebber said. He added that countries such as Germany and the Netherlands, which will import gas via carrier ships, could be accused of hoarding the fuel if companies and households are not treated equally across member states.

“I’m not so much concerned that we cannot find agreement, but it is better to discuss emergency proceedings when you still have time and not when the house is on fire,” Krebber told the Financial Times on Wednesday.

“If you don’t operationalise it then you end up in chaos.”

Germany’s biggest power supplier has been among the utility providers hit by a drastic reduction in gas deliveries from Russia’s Gazprom, which has forced Berlin to implement an emergency plan under which mothballed coal-fired power plants will be revived to bridge the gap. RWE is currently receiving just 40 per cent of the gas it has contracted from Russia.

Krebber’s comments illustrate the fears in the EU that gas supplies may need to be rationed this winter. The International Energy Agency warned this week that Europe must prepare for a complete cessation of Russian gas as Moscow retaliates against sanctions imposed after the invasion of Ukraine.

On Thursday Germany moved a step closer to rationing, triggering stage 2 of its emergency gas plan and warning it would struggle to fill storage needed to meet peak winter demand if Russian supplies are not restored.

A so-called pan-European “solidarity plan” for gas deliveries is due to be drawn up by the European Commission, and diplomats in Brussels expect it to be ready by the end of July.

However plans to ration gas supply to companies this winter, and to encourage households to limit their consumption, are currently being worked out on a national level by Germany’s Federal Network Agency.

A Europe-wide framework would need to be in place to ensure supplies reach countries like the Czech Republic and Hungary, Krebber said, while ensuring fairness over how each country defines priority customers.

“Otherwise, transmission system operators do not know on what basis to make its decision,” Krebber said. “How much gas to keep, and how much gas to send to other countries.”

Krebber said rules needed to be formalised across EU states over what should take priority in the event of a severe gas shortage. The industry fears a political crisis if countries have different limits on heating for public buildings or criteria for prioritising gas supplies in a crisis.

“You need a unified definition of protected customers,” he said. “You need decision making procedures and it starts from information gathering. Without the relevant information you cannot make the correct decisions.”

Italy introduced caps on heating and cooling demands in April, with public buildings not allowed to be heated above 19 degrees centigrade in winter or cooled with air conditioning below 25 degrees in summer. The majority of EU countries are yet to introduce such restrictions, but they are seen as more likely if Russian gas supplies are completely cut off.

There have been legal battles in the past over the right of member states to define protected customers such as homes, hospitals and schools.

James Waddell, an analyst at Energy Aspect, said there was the potential for a huge political fallout if countries feel they are being treated unfairly.

“The free movement of energy is one of the key pillars of the EU,” Waddell said. “But in a crisis the potential for the system to come under severe political strain is very real, with countries trying to prioritise their own citizens first.”

Andrei Ilaș, co-founder of Romanian energy business nrgi.ai, warned, however, against trying to create a “command and control” economy for energy supplies.

“They are afraid of chaos and political bickering, but top-down control will not work,” Ilaș said. “To effectively shut down the market would be very dangerous, as you need price signals to tell you where the energy needs to move.”

Krebber cautioned that Germany would not be able to fully replace Russian gas deliveries with alternatives such as liquefied natural gas shipments or wind and solar power generation until the winter of 2024/25.

“Probably we have a more normalised situation after the winter of 2023/24 . . . and then full replacement of the volumes one winter later,” he said.

Krebber defended Germany’s decision to continue with the decommissioning of its last three nuclear power plants, which are due to close before the end of the year, saying the technical and safety challenges could not be overcome before this winter. He argued that the 3GW of capacity they represent was not large enough to justify the effort.

“These plants have been running for a decade, they were technically, commercially optimised until the end of this year. Refuelling takes more than three months. It takes 12-15 months.”

“It’s not a question of does it [nuclear] help on the gas supply side — there coal does the trick.”