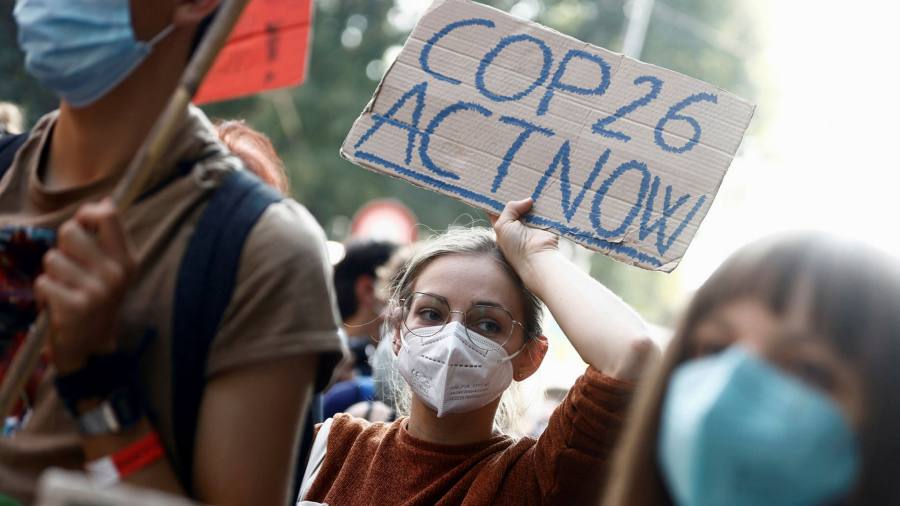 This article is an on-site version of our Moral Money newsletter. Sign up here to get the newsletter sent straight to your inbox every Wednesday and Friday.

Our recent interview with Paul Polman, the former Unilever chief executive, drew many responses from readers, but one in particular caught our attention.

“One of the ways that the FT can do more to get traction on effective climate response is ‘widening the solution space’ so that the voices and shapers they publish include persons outside of the social and cultural network of Paul Polman,” Gillian Marcelle, founder of Resilience Capital Ventures, wrote on LinkedIn.

“If we continue to only amplify the voices of those who have been in charge for the last 70 years, we will miss out on lots of other talent and insights,” she observed. This idea rang true to us, so Simon Mundy and I asked if she would elaborate on a follow-up call.

Media outlets need to challenge “the intellectual lock-in” that comes when they only quote those with similar backgrounds, and “change the notion of what expertise looks like”, she told us.

When it comes to steering finance to emerging markets, an area in which Marcelle specialises, she says those in proximity to the biggest pools of capital are too often deemed to be the experts, rather than those in proximity to where that capital is deployed. (Marcelle herself has tapped capital in the Caribbean, connecting a credit union in Trinidad and Tobago with a private equity fund in Hamburg.)

Given the scale of the challenges those working in environmental, social and governance (ESG) investing and climate finance claim to want to address, it seems incumbent on us all to seek out fresh thinking. Moral Money is committed to doing so, and to making our readers part of that process.

So which expert ESG voices do you believe need to be amplified? Please send your thoughts to [email protected]. As ever, we look forward to hearing from you. (Andrew Edgecliffe-Johnson)

You know that policymakers and regulators have really dropped the ball when big business coalitions start pleading publicly to be regulated more strictly.

That is one interpretation of the gathering wave of “calls to action”, ahead of the COP26 climate summit, from corporate associations urging governments to impose more stringent climate rules on the business sector.

Two of these calls came on Monday alone. The Glasgow Financial Alliance for Net Zero (Gfanz), a Mark Carney-led coalition of nearly 300 international financial companies, laid down a number of demands for governments, including the alignment of regulatory frameworks with net zero emissions targets and serious movement on carbon pricing. While Gfanz members promised to use their clout to help green the global economy, they warned that this was “no substitute for action by government and certain responsibilities cannot be shifted to finance”.

Another call came from the UK, where a group of businesses with £4.5tn ($6.1tn) in assets, including telecom operator BT and retail company Tesco, asked the British government to force big companies to disclose net zero transition plans.

I discussed these interventions with Fiona Reynolds, who has a good perspective on some of the main issues at stake here after nearly nine years as chief executive of the UN’s Principles for Responsible Investment initiative. It might seem unusual for big companies to plead to be hit with tighter rules, she said. But with so many of them already publicly committed to net zero targets, a clear regulatory framework could actually lessen the cost and workload involved in meeting them. As it stands, she noted, they faced a rising demand for transparency and disclosure from investors, while grappling with a smorgasbord of voluntary reporting options.

“Corporates get sick of the fact that they’ve got a million and one different people asking them to report in all of these myriad ways,” she said. “They would prefer to have a way that everybody wants things to be reported.”

I also checked in with Paul Simpson, chief executive of CDP, the global environmental disclosure system. Paul told me there had been a substantial 35 per cent year-on-year increase in companies disclosing under the CDP framework, who now number more than 13,000, including the majority of big corporations in the US and Europe. To many of those companies, he said, climate disclosures already feel mandatory, so heavy is the pressure from investors. But as we move towards legal requirements for environmental reporting, he warned, regulators must be careful not to “lower the bar” by requiring disclosures less rigorous than those already seen in the market.

Even as it issues its calls to action, big business is of course under scrutiny itself, over the true extent of its green ambitions. As our colleagues Owen Walker and Stephen Morris reported, Gfanz negotiators have struggled to convince members from the banking sector to end financing for the oil and gas sector this year — as required under the International Energy Agency’s pathway for limiting global warming to 1.5°C. Still, the banks’ fiercest critics would concede that they have a point when it comes to the dire need for an increase in action from governments. And with many global politicians still arguing that the economic costs of serious climate action are too steep to bear, these public interventions from big business are helping to highlight the flimsiness of such claims. (Simon Mundy)

Despite a slowdown in green bond issuance in recent months, the sustainable debt market saw reasons to cheer this week. The EU yesterday priced its inaugural green bond — a €12bn offering due in 15 years that attracted more than €135bn of orders.

For green bonds, “demand clearly remains strong,” said Peter Goves, a research analyst with MFS Investment Management. The EU deal “is just the beginning of the large wave of EU green bond supply that will come to market in the years ahead”.

But there is trouble in the green bond market, and yesterday’s deal might be a bit of an aberration. Refinitiv this week published data on green bonds that reinforce the drop in issuance we highlighted in last week’s chart from the Institute of International Finance. In the three months to the end of September 30, sustainable finance bond issuance dropped 12 per cent to $229.9bn compared with the second quarter, Refinitiv said. Sustainable loans also dropped in the third quarter.

One of the reasons why issuance is falling is that the “greenium” — the favourable pricing companies enjoy from green debt — is eroding. Our colleague Tommy Stubbington reported about this greenium decline. Spreads on green corporate bonds versus a business’s conventional debt have narrowed to less than 1 basis point, down from 9 basis points in 2020.

Companies ranging from Austria’s Erste Group to Canadian convenience store group Alimentation Couche-Tard have touted to shareholders the greenium financial savings they have achieved with green bonds. For future issuers, however, these savings look like they will be harder and harder for companies to obtain. (Patrick Temple-West)

The exploding interest in ESG is clearly apparent in wealthy nations such as the US and UK — but interest and opportunities in the sector look very different in other parts of the world.

Last week I was in Colombia where I met investors and sustainability experts to understand how the country, and the region at large, is tackling the ESG revolution.

“We are not going to make the same headlines as other markets,” María Ruiz Sierra, chief of sustainable investing at Latin American asset manager Sura Investment Management, told Moral Money. “But investors are pushing the conversation.”

As recently as last year, investors “didn’t have any ESG opportunities” to invest in within Latin America, said Gema Sacristán, chief investment officer at IDB Invest, part of the Inter-American Development Bank Group.

“Investors would go to ETFs, indexes, and funds outside of Latin America. Now, the local asset managers are creating their own products,” Sacristán said.

The question of whether emerging markets are benefiting from the ESG movement, has sparked debate. Ricardo Hausmann, former chief economist at the Inter-American Development Bank, recently called for an “alternative framework” for developing countries.

For example, the US and European markets’ approach to sustainability would be “impossible” in Colombia, South American investors told Moral Money. The nation is the region’s largest coal producer and third-largest oil exporter. “Divesting would do more harm,” one Colombian investor said. “And, we have a fiduciary duty.”

South American investors might not leave fossil fuel stocks behind any time soon, but there’s hope yet. After all, Bancolombia was ranked as one of the world’s most sustainable banks by the Dow Jones Sustainability Index in 2020. (Kristen Talman)

Chart of the day

Electric car sales are zooming ahead in China. Neither its slowing economy nor chip shortages have left a dent. A battery shortage, however, would be a different story. Please check out this report from our Lex colleagues.

The UN’s COP26 conference convenes in early November. As we look ahead to this highly-anticipated event in Glasgow, here are some of the things we will be keeping an eye on.