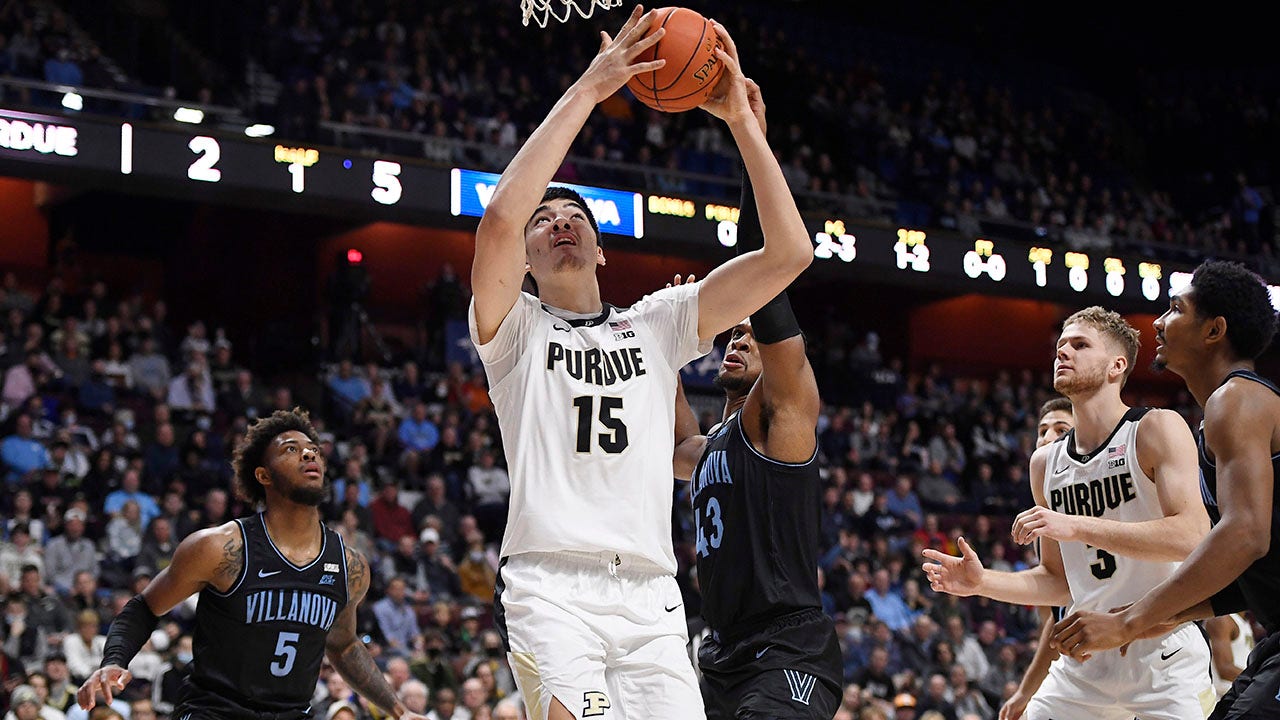 Zach Edey scored 21 points and No. 6 Purdue overcame an 11-point second-half deficit to beat No. 5 Villanova 80-74 on Sunday and win the Hall of Fame Tip-Off Tournament.

Caleb Furst and Isaiah Thompson each added 12 points for the Boilermakers (5-0), who dominated underneath, outscoring the Wildcats 38-18 in the paint and outrebounding them 38-26.

Justin Moore had 19 points, Caleb Daniels added 17 and Collin Gillespie had 14 for Villanova (3-2).

The Wildcats led 33-31 at halftime, scored the first five points in the second half and were up 57-46 after a 3-pointer by Daniels.

But Purdue outscored the Wildcats 34-17 over the last nine minutes.

A dunk by Edey after an apparent missed travel call on Sasha Stefanovic tied the score at 62, and a fast-break layup from Furst gave the Boilermakers the lead at 64-62 with four minutes left, their first lead in the second half.

A slam and free throw by Edey with just under a minute to play extended the lead to 75-65, and the Boilermakers held on.

Purdue: The Boilermakers shot 52.7% after putting up a season-best 55.7% in the first round of the tournament against North Carolina. Purdue has shot at least 50% in every game this season. … This was the first time this season Purdue has failed to reach 90 points.

Villanova: This was the third time in five games the Wildcats have played a Top 25 team. “I hope it helps us in our league play when we get there,” coach Jay Wright said. “Number one, our league is really good. Number two, a lot of times we start conference play and we’re not really sure what we are yet. We have an idea, I think this year, playing these teams, these coaches.”

Purdue: The Boilermakers head home to host Omaha on Friday.

Villanova: The Wildcats are off until Nov. 28 when they play local rival La Salle at Philadelphia’s Palestra.