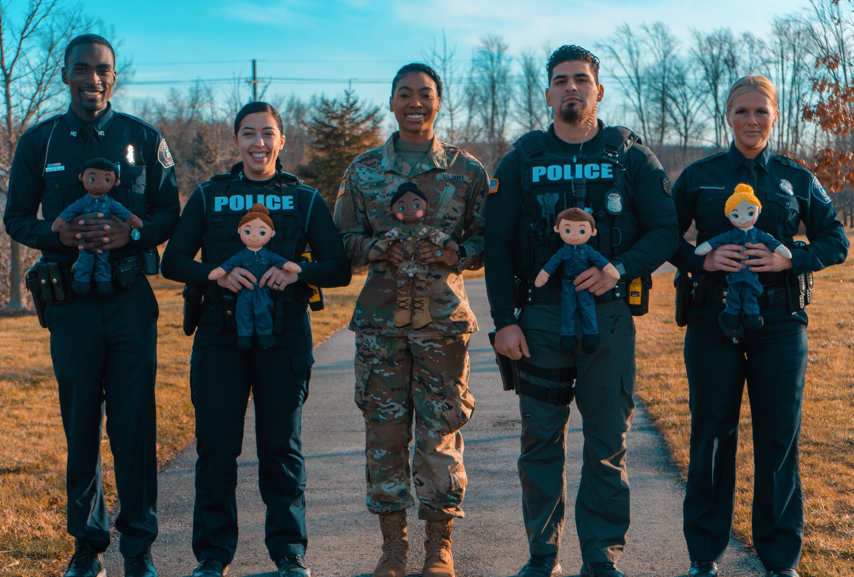 VAN BUREN, Mich. (NewsNation Now) — For kids, having a parent in the military who’s deployed can be hard.

One project, called “Hearts and Heroes,” is aiming to make things a little easier on them.

Hearts and Heroes creates dolls that resemble children’s loved ones, so kids can spend time with them, even if they’re not physically together.

“These kids are having tea parties with their dad when their dad is at work, they’re taking them on trips. They’re napping with them,” Hearts and Heroes founder Samantha Vargas, of Michigan, said. “They’re watching TV with them.”

Along with military members, Hearts and Heroes creates dolls for police officers, firemen, doctors and others whose professions involve long nights and time away from families.

Whenever a child loses a parent in the line of duty, according to its website, Hearts and Heroes sends the family a custom doll with the name and badge or rank that resembles the person who died.

Vargas, a U.S. Army veteran and police officer, created Hearts and Heroes dolls with her husband, who was also in the service, after the death of her partner in the police force in 2018.

“It was something unimaginable,” Vargas said.

Vargas’ partner had had a young daughter who was only 4 years old at the time of her father’s death.


Fat Tuesday: What to know about the unofficial start of Lent

The dolls came from an idea Vargas had years ago, while she was still in the Army and she and her partner would try to think of what to give their own kids when they were deployed.

Her partner’s death was what gave Vargas the push she needed to find a place to manufacture the dolls.

“I’m like, ‘OK, I have to do something,’” Vargas said. “I felt like I needed to give back to her, but not only to her but other children.”

Vargas said she’s “blown away” by the response the dolls have gotten.

“It’s so heartfelt receiving all the pictures of the children and their dolls,” she said.

To get a doll or to donate to the cause, people can go to Hearts and Heroes website.