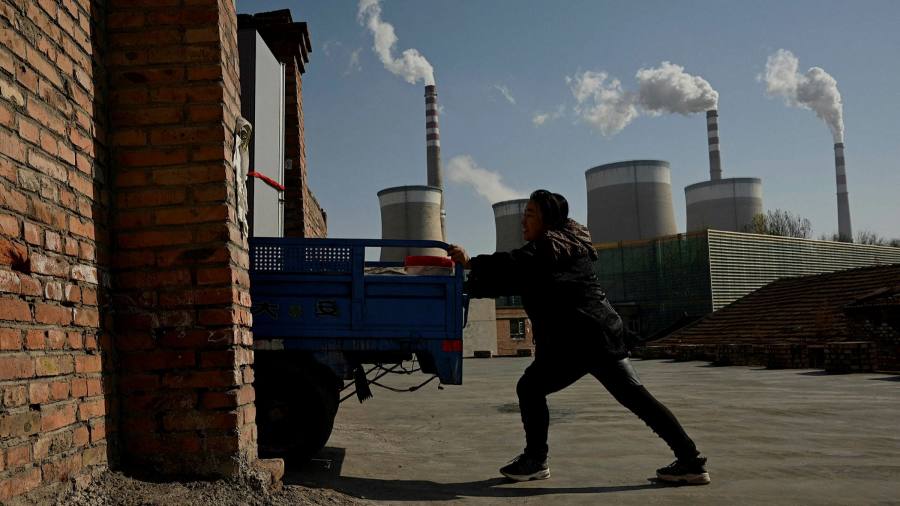 The launch last week of a carbon credit exchange traded fund has been broadly welcomed for its innovative approach, but some industry observers caution that if the concept proves too successful there could be “unintended consequences”.

Unlike competing ETFs, which offer exposure to futures prices of carbon credits, the SparkChange Physical Carbon EUA ETC (CO2), which launched on the London Stock Exchange on Thursday, is the first ETF to invest directly and exclusively in EU allowances (or EUAs), otherwise known as pollution permits.

The idea is that by buying the ETF investors are withdrawing carbon allowances from the market and therefore preventing polluters from using them, driving up the cost of the remaining EUAs and helping stop emissions from occurring in the first place.

The launch day was a success. Assets under management swelled from $1m at the opening bell to more than $11m by the close of trade, according to Hector McNeil, co-founder of HanETF, the white-label ETF provider that partnered with SparkChange to bring the ETF to market.

“Buying a physically-backed carbon allowance and effectively taking the permit to pollute away from a polluter does exactly that — it forces polluters to reduce emissions now,” said Jan Ahrens, head of research at SparkChange. He noted that EUAs, with their controlled supply, differed from uncapped carbon offsets, although both were sometimes referred to as carbon credits.

Kenneth Lamont, senior fund analyst for passive funds research at Morningstar Europe, said the concept of investing directly in EUAs via the ETF was an interesting development that offered distinct advantages over futures-based carbon credit ETFs.

“By tracking physical contracts the new ETC neatly sidesteps the additional pricing noise created by tracking futures,” Lamont said. “This is particularly important when the futures market is in contango — [a phenomenon that] occurs when the price of carbon allowances are expected to rise. In this environment investors can lose money even when the spot price of carbon credits is rising.”

WisdomTree relaunched its futures-based Carbon ETF (CARB) on the LSE in August this year.

However, some industry observers sounded a note of caution.

“What happens if you do allow investors to restrict the supply of allowances?” he said.

Wood Uribe argued that one of the outcomes could be rising energy prices, which could in turn have negative social consequences if prices increased too quickly. Polluters could also simply decide it is worth paying for the trade, he said.

Wood Uribe said he welcomed the idea of trying to solve a non-financial problem in a financial way, but added: “It does highlight how important it is to think holistically about these things.”

Lana Khabarova, founder of SustainFi, a sustainable and impact investing site, agreed that investors who genuinely wanted to buy the ETF ought to give it careful thought.

She said that, while there were no intentions to increase the amount of EUAs in supply, Article 29a of the EU emissions trading directive allowed authorities to increase the supply of allowances if there had been significant and sustained price rises, which could affect the value of the ETF’s holdings.

Khabarova also said that EUAs were already used by hedge funds to hedge their exposure to investments in oil and gas stocks raising the prospect that this ETF could be used in the same way.

But, despite potential problems she said she welcomed the new fund. “I think it’s great that investors can invest in carbon credits, whether via futures or physical credits.”

She said carbon prices were “way too low to meet Paris Agreement goals” and that they needed to exceed $100 a tonne.

Lamont agreed the product’s positive attributes could not be ignored. “This is a great example of an ETC/ETF providing access to markets that had once been the preserve of institutional investors,” he said.