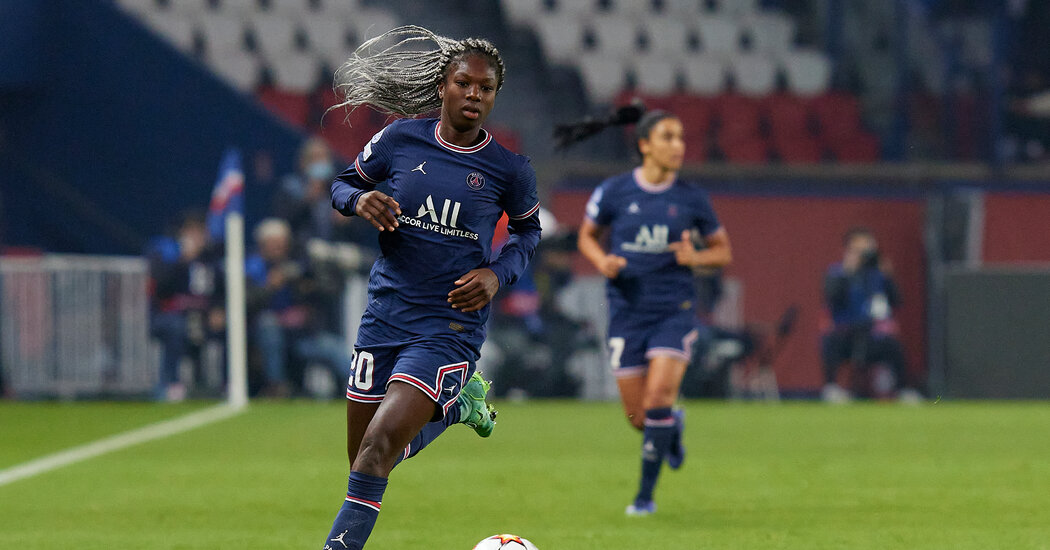 A Paris St.-Germain women’s soccer player was released from police custody without charges on Thursday, one day after she was arrested as part of the investigation into a violent attack on one of her teammates by masked men wielding a metal bar.

The player, Aminata Diallo, had her custody extended by 24 hours on Wednesday evening by a French prosecutor, and was subjected to additional questioning on Thursday about the incident, in which her teammate Kheira Hamraoui was pulled from a car and beaten on her way home from a team dinner last week.

In France, detention is not uncommon in police investigations. But in most cases, prosecutors must charge suspects or have them released within 48 hours. Diallo has not been charged with a crime, and the police have made no public comments linking her to the attack. But the investigation will continue, and Diallo could be charged at a later date if evidence implicates her in a crime.

Diallo had been arrested by police officers who arrived at her home around 6 a.m. Wednesday and proceeded to search her apartment and a team-provided car she had been driving when the attack happened last week.

The police also took possession of Diallo’s cellphone, and later questioned a 34-year-old man in Lyon who was in jail on unrelated charges. The man, who was described as an acquaintance of Diallo’s, was also released without charges on Thursday, the Versailles prosecutor confirmed.

The news of Diallo’s arrest had come as a surprise to Paris St.-Germain, an elite team that is the reigning champion of France and one of the richest and most powerful clubs in world soccer. Team officials learned of Diallo’s detention on Wednesday morning — and the suggestion she might have had a role in the attack on Hamraoui — from news media reports, and only after she was in custody.

They were further stunned by the accusations because Diallo and Hamraoui were viewed as friends; L’Equipe and other news outlets in France reported that the players — who have both played for France’s national team but had never before been members of the same club side — had even vacationed together.

In the days since the attack last Thursday night, Diallo — who was unharmed in the incident — had continued to practice with the team, and she had started and played nearly the entire match on Tuesday as P.S.G. defeated Real Madrid in the Champions League.

Hours later, she was under arrest.

The assault occurred after Diallo and her teammates had attended a team bonding dinner. Afterward, Diallo and two other members of the team, including Hamraoui, had traveled home together in Diallo’s team-issued Toyota since they live close to one another in the same Paris suburb.

After dropping off their teammate, Diallo and Hamraoui had their car stopped by two masked men as it neared Hamraoui’s home. There, in the darkness, and as the players tried to defend themselves, one of the men pulled Hamraoui from the car and beat her with a metal bar while the other held Diallo at bay. The attacker reportedly paid particular attention to delivering blows to Hamraoui’s legs.

Hamraoui, who had sustained cuts and bruises but no broken bones, was treated at a hospital for her injuries. She reported the crime to the police, and to club security officials, that night.

But given she had stitches and heavy bruising, she was ruled out of the team’s game against Real Madrid on Tuesday. At the time, the club explained her absence as a personal issue, and slotted her friend Diallo into the starting lineup in her place.

On Sunday, P.S.G. will return to the field for the showcase game of the new French season, on the road against its rival Lyon. Neither Diallo nor Hamraoui is expected to play.