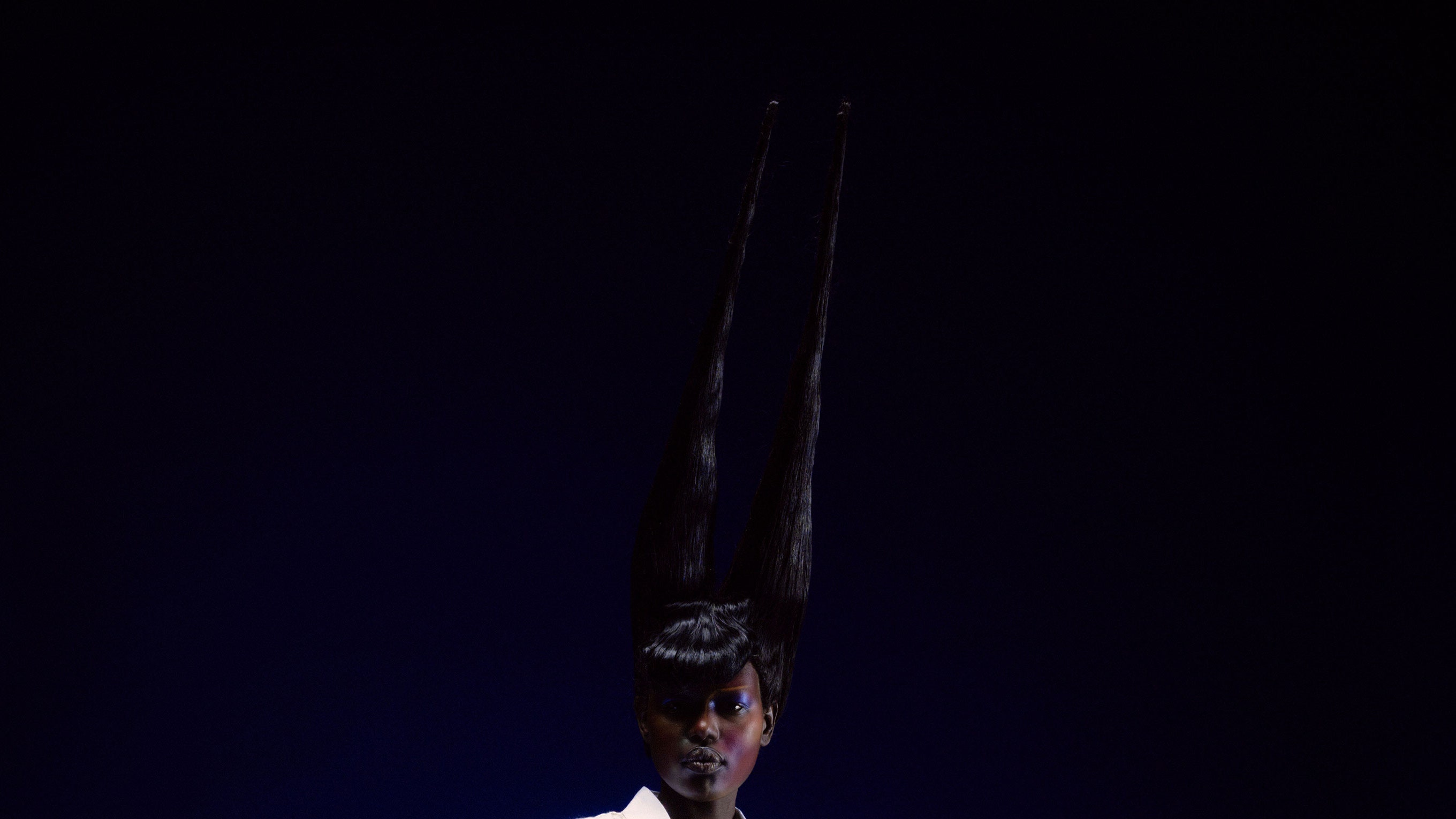 For this shoot Osman Yousefzada assembled a cast around his chief muse and model, Ajak Deng, whom he characterized as “brown queer activists”—Ryan Lanji, Parveen Narowalia, Anita Chibba, Deepanshu Sharma, and Sheerah Ravindren. They embodied in their specific and various fabulousnesses aspects Yousefzada worked to reflect in this collection. However, what was written into the clothes most clearly reflected the designer himself.

In the expertly cut trousers, frothed tulle skirts, certified ostrich feather net gown and creamy super-volumized all over jumpsuits were the chapter that brought Yousefzada to fashion attention as the creator of demi-couture gowns—“kind of a Capucci vibe,” he said—for loaded London ladies. Then, in a dress that was extended out of and inspired by a traditional Afghan waistcoat, you could read the Yousefzada who increasingly began to incorporate style elements of his family’s homelands and his own worn autobiography into his work. Many of the pieces were made in sustainable materials produced in partnership with small artisanal makers—weavers and embroiderers—in India: these were a commercially uplifting appendix to the film he made with fast-fashion workers in Bangladesh in 2020, entitled “Her Dreams Are Bigger.”

For years now, Yousefzada has been consistent in changing the way he does things pretty much every season (he currently calls this “expanding my practice” and is leaning increasingly into art.) That’s partly because it’s so challenging to make it as an independent designer in London, but also because Yousefzada is constantly refining his awareness of his identity through his fashion narrative. His new autobiography, “The Go-Between,” has received some rave reviews and adds another fresh chapter to that ongoing process.