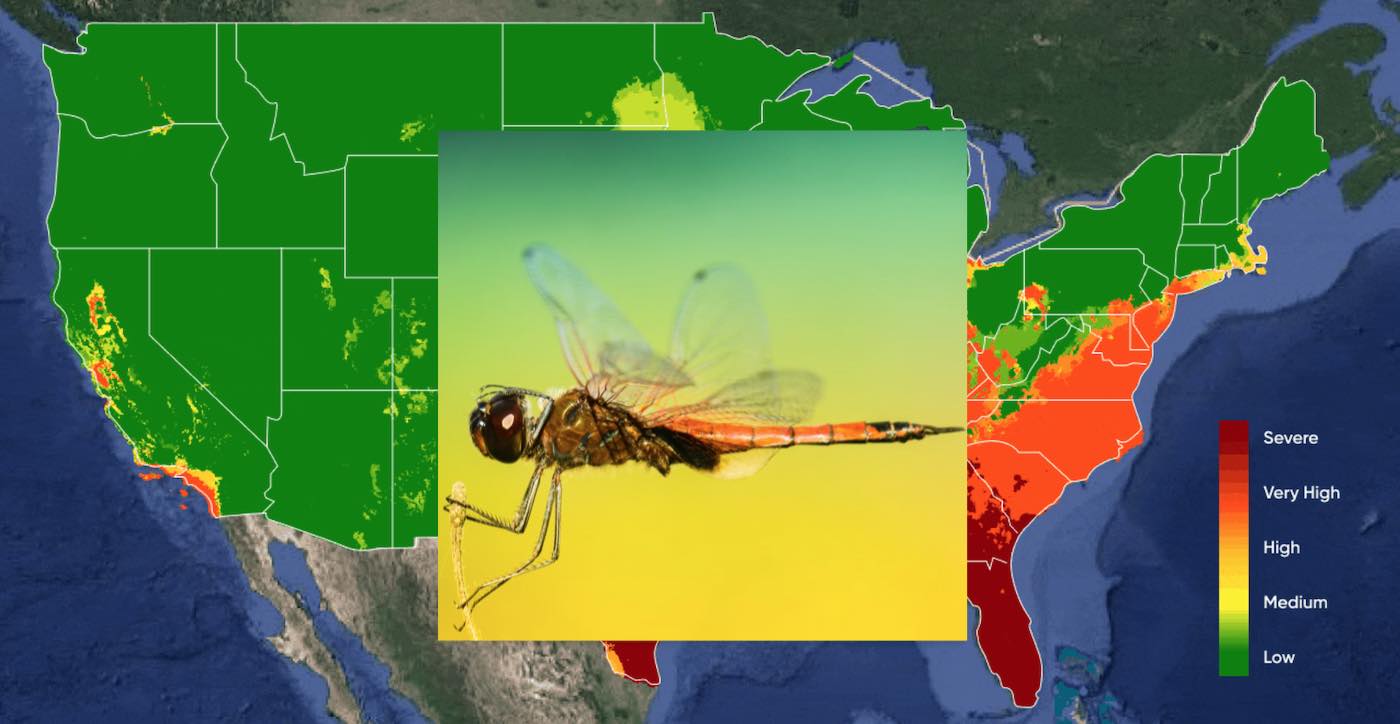 What’s on the to-do list for a late-spring barbecue? Go shopping, sweep the deck, clean the grill, and check the mosquito forecast…

That’s right, Google Earth Engine and SC Johnson are using weather and climate data to provide Americans with a mosquito-forecast to help better plan yard parties and camping trips, by mapping the mosquito’s life-cycle onto the temperature and humidity swings that benefit them.

Periods of heat and humidity might accelerate the growth of mosquitos from eggs to blood-suckers, and if those periods of humidity move across regions, they could kick-start broods as the pass by.

Called Off!Cast Mosquito Forecast, after the mosquito-repellent Off! manufactured by SC Johnson, the tool makes use of Google Earth Engine—which is the tech giant’s massive satellite image database. Professional entomologists are also onboard, providing data from past mosquito numbers from thousands of locations and detailed analyses of the various species’ lifecycles.

At the moment the tool only exists in the U.S., but the developers hope to have versions for Brazil and Mexico soon.

Entomologists have described the tool as “very accurate,” and it can offer a first line of protection (knowledge) to use before scientists genetically alter the animal to stop carrying the various diseases they plague society with.

MORE: It ‘Smells Like Fear’: Scientists Create Diffuser That Could Keep Pests Off Garden Plants

Until then, Ada McVean, writing for Canada’s McGill Office for Science and Society, explains all the ways in which mosquitos find you—who they prefer to bite, and what really protects them without poisoning oneself.

BUZZ the Good News in All Your Besties’ Ears; Share This Tool…