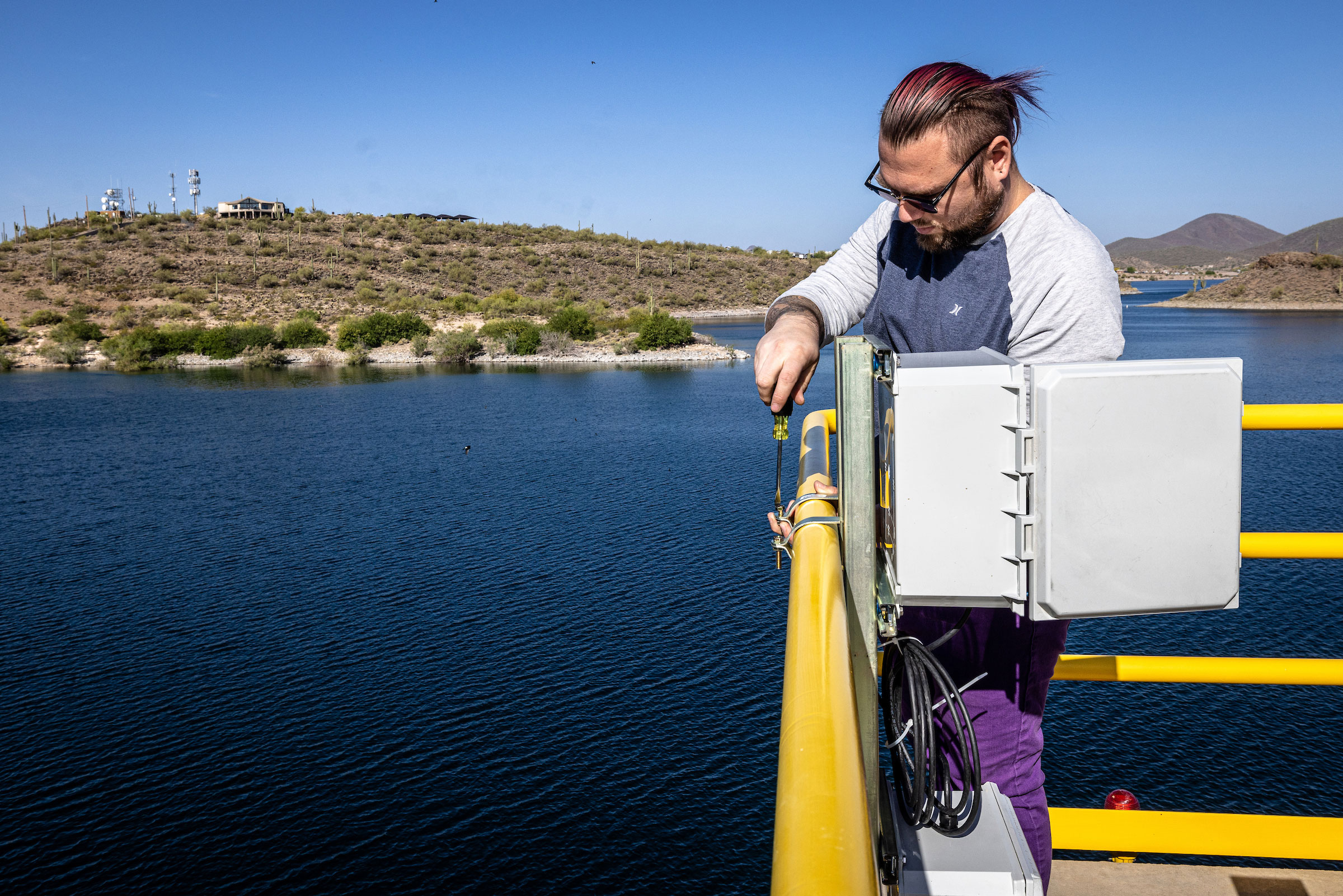 The continuous, real-time testing of the algae bloom is vital for several reasons. First, if the algae Cymbella – often called “rock snot” for its sticky, yellow, clumpy form – grows too quickly, it can reduce the efficiency of water flow. While a sticky canal may not seem like a big deal, that energy loss could instead be powering thousands of homes each year, Weiss said.

“The state of Arizona spends 4% of its annual energy on this canal,” Weiss said. “So, you start doing the math and very quickly it’s a gross inefficiency.”

It’s also important to know what type of algae is growing in the canal system. Some algae create “odor and taste issues that people drinking water don’t enjoy.”

The real-time information is also helpful to agricultural farmers, who depend on a consistent water supply from the canals.

“If they know a problem is coming, like the intakes being clogged, a problem at 9 a.m. on Monday is an easy problem to solve, while a problem at 2 a.m. on Sunday is difficult,” Weiss said. “Because we don’t have the manpower in place across a very large area, you’re ill-prepared, which means the system will be running inefficiently and it’s going to disrupt users.

“So knowing the problem and understanding how to predict it, this is algae forecasting. The hard part of our job now is we’re in the stages of taking relatively simple data and trying to break it down to something as simple as a weather forecast. Like a map where you have sensor platforms, we’ll have a number from one to five saying how bad the algae is in this region based on water flows. And if we know they’re breaking loose in one place, we can say, ‘Hey guys, in 48 hours this problem could be at your doorstep.’”

“We’re absolutely looking to go straight to some of the municipalities,” Weiss said. “Right now, there’s no one-stop shop to bring this puzzle together. Ultimately, for the state of Arizona, that’s what we want to develop.”

Top photo: Duane Barbano, a doctoral student in biological design, attaches a battery and telecommunications equipment to a tower railing on April 11 at Lake Pleasant. The crew, led by Assistant Professor Taylor Weiss, installed both a floating and a fixed probe network from a secure pumping station at the CAP-fed reservoir. The probes, which range throughout the 160-foot lake depth, measure the biochemical activity of the environment, especially in response to nutrients as they flow. For example, the data will show when there are algae blooms, which will allow the CAP to adjust the Valley’s delivery operations system. Photo by Charlie Leight/ASU News