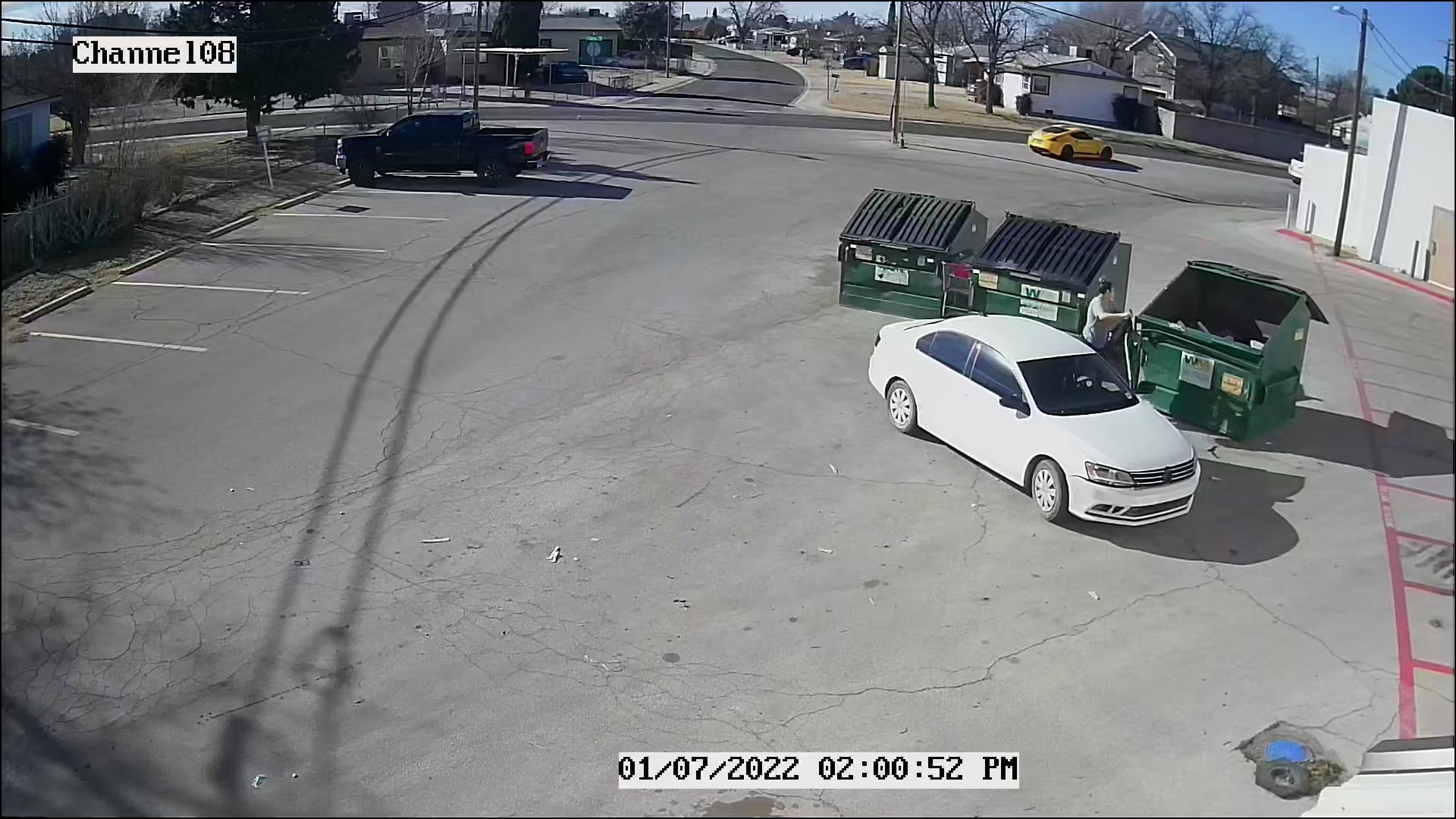 Surveillance video taken outside a New Mexico store shows the moments a teen mom tossed her unwanted newborn into a dumpster – and the rescuers who pulled her to safety five hours later.

“I got a call about 8:30 on Friday, and Hobbs PD said, ‘Hey Joe are your cameras working out back?’” Joe Imbriale, the owner of Rig Outfitters, told Fox News Digital. “They said we have a crime scene.”

At first, he thought someone had broken into the store. But the video showed a woman pulling up in a white car around 2 p.m. MT Friday, unceremoniously tossing a black bag from the backseat into the dumpster and driving off.

The video shows a woman pulling up in a white car around 2 p.m. MT Friday, unceremoniously tossing a black bag from the backseat into the dumpster and driving off.
(Joe Imbriale/Rig Outfitters)

More than five hours later, the cameras show a group of people fishing through the dumpster and pulling the baby out. They had heard the baby crying inside, Imbriale said.

One of them wraps the child in a blanket as another makes a call on his cellphone. Police arrive within minutes.

A short while later, investigators called Imbriale and asked if they could review his surveillance cameras, he told Fox News Digital Monday.

“They said we’re looking for somebody that dumped a black garbage bag in your dumpster, and I knew right then, I turned to the office and said, ‘Please don’t tell me it’s a baby,’” he said.

The room got emotional, he said, but one of the officers interjected: “The baby’s still alive. Don’t worry.”

After reviewing the video, Hobbs police charged the mother, 18-year-old Alexis Avila, with attempted murder and child abuse. They said she confessed to investigators.

An ambulance brought the baby to a nearby hospital. The child was then taken to another one in Lubbock, Texas, where she is in stable condition.

Police said they would hold a news conference with more information Monday afternoon, after her expected arraignment in district court.

All 50 states have “safe haven” laws that allow newborn children to be surrendered safely to a designated location, according to the U.S. Department of Health and Human Services.