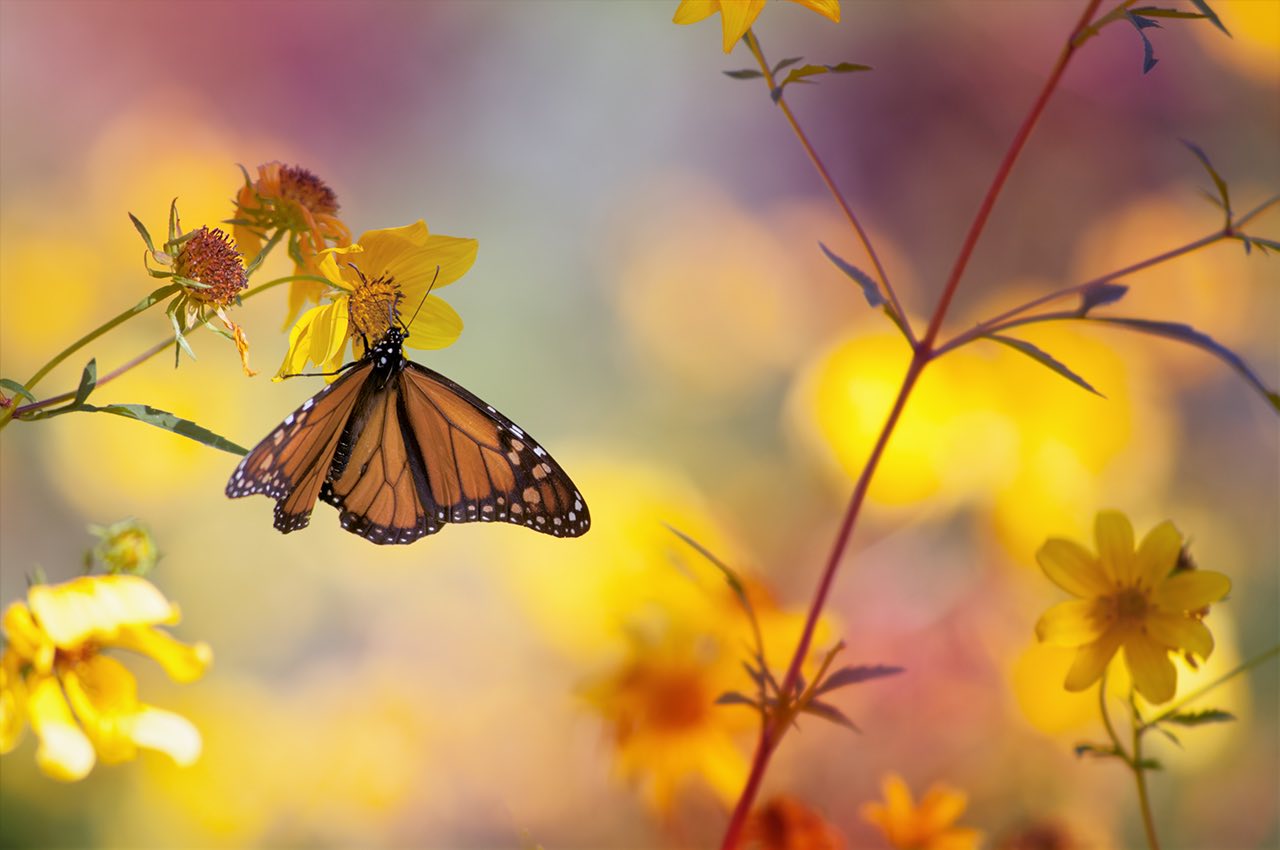 Monarch butterflies are famous for their annual long-distance migration, which takes them over several thousand kilometres from the north of the USA to their overwintering habitat in central Mexico. On their migration, the conspicuously orange-black-white colored butterflies use sun information as main orientation reference.

But how is sun information processed in the butterfly’s brain? Previous studies have already described cells that process the solar azimuth. “However, we didn’t know these cells encode the sun during flight,” says Jerome Beetz from the Biocentre at Julius-Maximilians-Universität Würzburg (JMU) in Bavaria, Germany.

Until now, it was assumed that the sun compass always works—irrespective of whether the insects sit, walk or fly.

A team led by JMU researchers Jerome Beetz and Basil el Jundi shows that this is not the case and that the compass is established at the onset of flight: “Surprisingly, the nerve cells change their coding strategy during flight, so that the neural network represents the heading direction of the butterflies relative to the sun in a similar way to a compass. This only happens when the animals can control their own direction of flight.”

Butterflies in a flight simulator

How was this gap in knowledge closed? The team led by Beetz and el Jundi measured for the first time the neural activity in actively flying monarch butterflies and examined the influence of the animal’s orientation behaviour on the processing of sun information. Such measurements had previously only been carried out in restrained butterflies.

The JMU researchers took advantage of a technical trick: “We tethered the butterflies to a freely rotatable rod in the centre of a flight simulator, which enables the butterflies to actively choose a flight direction. The sun was mimicked with a green light spot. While the tethered butterfly was flying, we monitored the brain activity with ultra-fine microelectrodes.”

The experiments, published in in the scientific journal Current Biology, prove: Active movement of the butterflies is necessary to process sun information as compass information in the butterfly brain during migration.

RELATED: Scientists Find the Secret to ‘Unhackable’ Security Systems on the Wings of Butterflies

“Our results emphasize the importance of performing neuronal recordings in actively moving animals in order to understand how the brain solves complex orientation tasks,” says Beetz, who is first author of the publication in Current Biology. Other researchers from the Biocentre as well as from the universities of Lund (Sweden), Bielefeld and Texas were involved in the project. The work was funded by the German Research Foundation (DFG).

Brain the size of a grain of rice with amazing abilities

Beetz admires his research subjects: “Our publication uniquely demonstrates that even a brain with the size of a grain of rice is a highly complex organ that enables insects to perform such amazing behaviors. With their brain, monarch butterflies manage the enormous migration by using an efficient internal compass. Such a long-distance migration without using modern navigation devices is hard to imagine for us, humans and this is one major reason that drives my fascination for these enigmatic butterflies.”

Next, Jerome Beetz and Basil el Jundi plan to investigate how the butterflies’ sun compass operates when the butterflies have access to the natural sky than when simply using a light spot as reference for orientation. To do this, the neural recordings must be carried out in open air flight simulators.