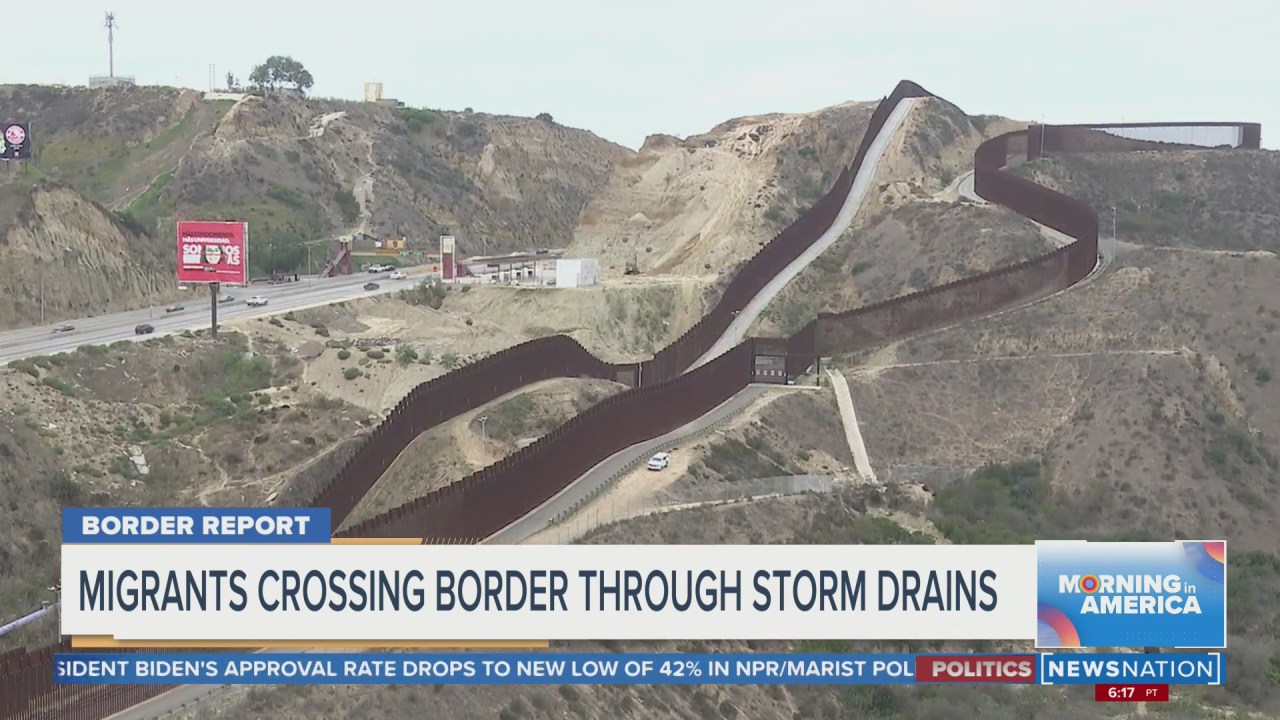 (NewsNation Now) — Migrants hoping to cross into the U.S. are utilizing a potentially deadly route through massive storm drains that run under the U.S.-Mexico border in increasing numbers.


String of smash-and-grab robberies has retailers on high alert

But in recent months, “We’ve been seeing an increase and large gatherings of migrants being dropped off right along the immediate border and then entering illegally into the U.S.,” U.S. Border Patrol agent Justin De la Torre said.

De la Torre is the special agent in charge of the Imperial Beach station in San Diego, the most southwestern Border Patrol Station in the continental United States.

He says they are seeing groups of 50 to 90 migrants entering the country at the same time.

“Quite frankly, when they bring large groups in at one time it strains our resources,” de la Torre said. “So now our agents are spread thin and it leaves the border a little bit more vulnerable during that period of time.”

De la Torre says smugglers are using drains built under the border barrier that help the natural flow of water from Mexico into the U.S.

When a storm is coming, border agents physically open the gates to make sure the water can flow all the way to the ocean. When it’s not raining, that’s when the smugglers cut holes in the gates, allowing for people to stream in.


How will infrastructure money be split at the border?

“When they’re bringing people through the storm drains, they risk severe injury, drowning, falling from steep terrain,” de la Torre said. “Just this year alone, we’ve had 12 fatalities that we know of in this area from migrants being trafficked and smuggled.”

According to Customs and Border Protection, agents are stopping a lot more Brazilians and migrants from Venezuela and as far away as Portugal.

“We get people from all over the world illegally entering through this area,” de la Torre said. “Over 100 different nationalities,100 different countries just this year alone.”