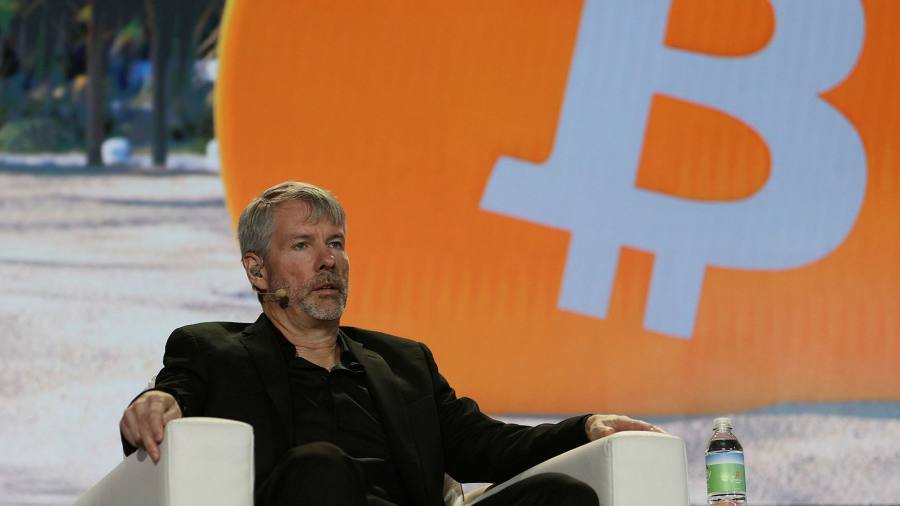 Microstrategy says its business model is built around two core strategies: buying and holding vast, vast quantities of bitcoin and developing software, in that order.

It’s an excellent plan when the price of bitcoin is on the up. Chief executive Michael Saylor, lord of cyber hornets, sees no reason why a single token (of which his company owns at least 129,218, valued in total at just over $4.1bn at pixel time) won’t eventually be worth more than $10mn and “keep going up forever” after that.

Alas, the world’s biggest digital asset by market cap has plunged more than 14 per cent in the past five days and is currently hovering around Microstrategy’s average in-price of $30,700.

The company’s shares are down 31 per cent in a week as a result. Its market cap has fallen to around $2.47bn, well below the value of its bitcoin holdings.

“Digital asset impairment charges” came to $170.1mn in the first quarter of the year, contributing to a net loss of £130.8mn. And things could yet get worse.

Microstrategy bought $215mn worth of bitcoin in the first three months of the year, funded by a combination of “excess cash” and a small, bitcoin-collateralised loan of $205mn from Silvergate Bank, repayable over the next three years.

Chief financial officer Phong Le told investors last week that bitcoin sinking below $21,000 would trigger a margin call on that loan, though he stressed that Microstrategy could always funnel more bitcoin into the collateral package. That may be a way off yet, but Jay Hatfield, chief investment officer at Infrastructure Capital Management, expects bitcoin to drop below $20,000 by the end of the year as the Fed shrinks its balance sheet.

Le may have put on a brave face (twice stressing that Microstrategy is in a “pretty comfortable place” right now), but the company admits its “substantial indebtedness” and interest expense could have “important consequences”, including:

Microstrategy’s total debt is $2.405bn, according to its most recent regulatory filing. Annual interest expenses have soared to around $44mn, meanwhile, equal to “about half” of the company’s Ebitda from last year once you “adjust out the bitcoin depreciation”.