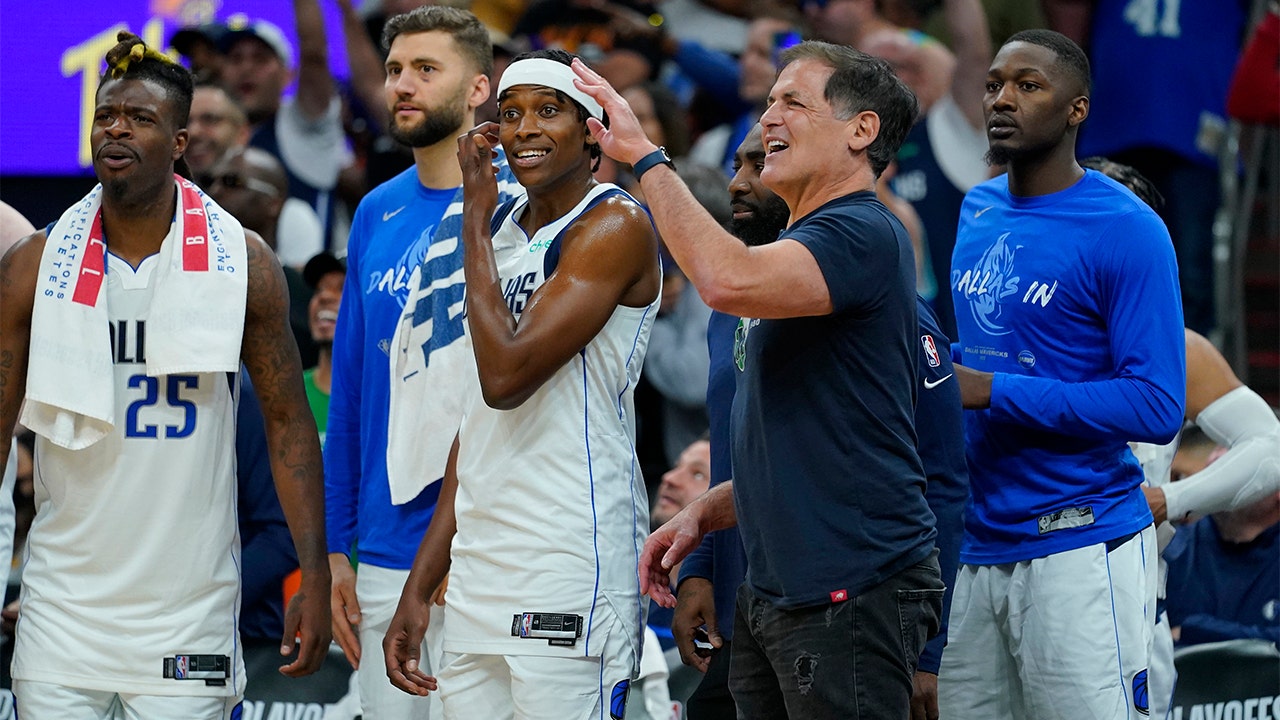 The Dallas Mavericks have been fined again during this year’s playoffs for the behavior of their bench.

On Wednesday, the NBA announced the Mavericks were fined $50,000 for violating league rules regarding team “bench decorum,” during their 123-90 blowout win in Game 7 over the Phoenix Suns in the conference semifinals.

“On multiple occasions, several players and a member of the coaching staff stood for an extended period in the Mavericks’ team bench area, stood away from the team bench, and were on or encroaching upon the playing court during game action … May 15 at Footprint Center,” the statement read.

Dallas Mavericks owner Mark Cuban and players celebrate during the second half of Game 7 of an NBA basketball Western Conference playoff semifinal against the Phoenix Suns, Sunday, May 15, 2022, in Phoenix. The Mavericks defeated the Suns 123-90.
(AP Photo/Matt York)

The Mavericks were previously fined $25,000 for their bench antics during a loss to the Suns in Game 2 of the series.

“The amount of Dallas’ fine also reflects prior infractions of team bench decorum rules in the 2022 NBA playoffs,” the league stated.

Jason Kidd discussed the $25,000 fine on May 6, saying the league was “worried about the wrong thing.”

“I didn’t know we got fined, but that’s cool,” Kidd told reporters. “You know, the league is worried about the wrong thing. You have millionaires cheering on other millionaires. Doesn’t happen in this society. And the enthusiasm of the game, for a teammate to cheer on another teammate, is special.”

JASON KIDD ON FACING STEVE KERR AS A PLAYER AHEAD OF WARRIORS-MAVS GAME 1: ‘HE HAD MICHAEL JORDAN’

The Mavericks had reason to celebrate following their shocking victory over the heavily favored Suns in Game 7, which sent the team to the conference finals for the first time in more than a decade. The blowout win also occurred on the Suns’ home court.

The last time Dallas made it this far in the playoffs was back in 2011 when they ended up defeating the Miami Heat in the NBA Finals.

Now, the Mavericks, led by Luka Doncic, hope to make it back to the finals.

In Dallas’s path are the Golden State Warriors, a team that has won three NBA championships since 2015.

Game 1 of the conference finals kicked off Wednesday at 9 p.m. ET. The Warriors are leading 28-18 going into the second quarter.