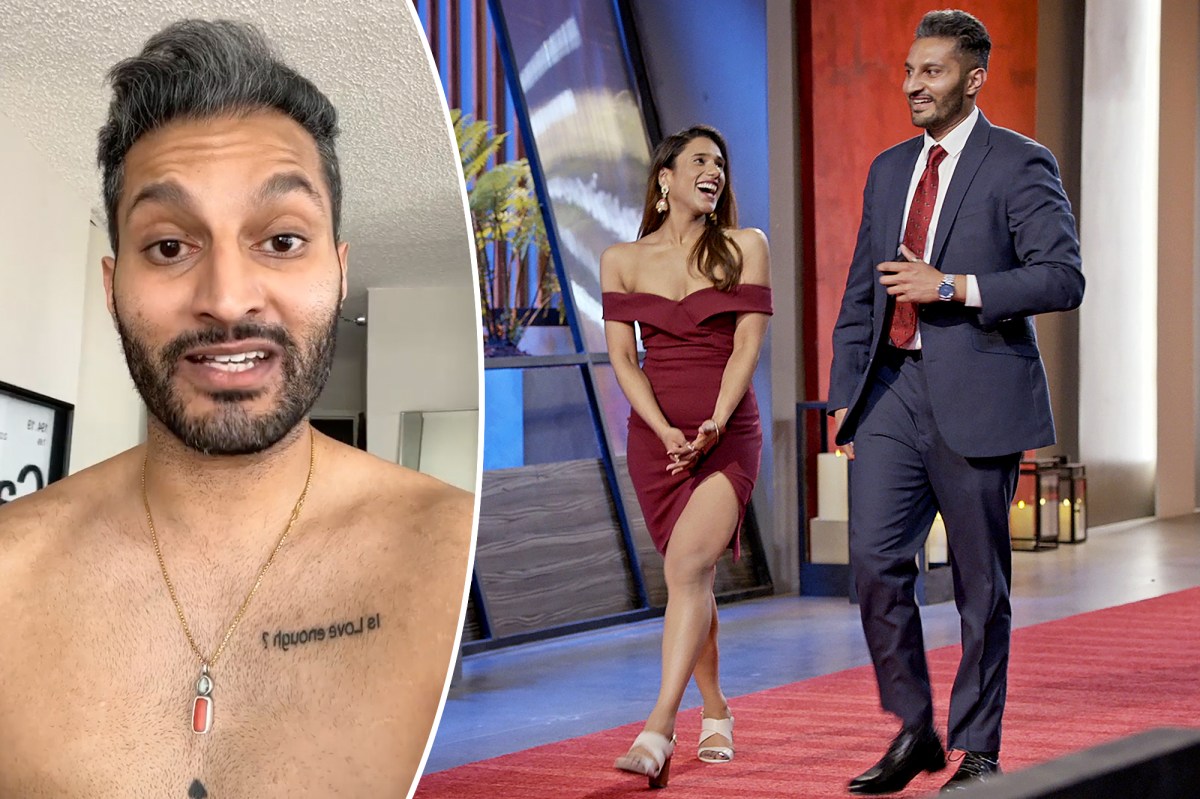 “Love Is Blind” star Abhishek “Shake” Chatterjee has no regrets about bad-mouthing Deepti Vempati during Season 2 of the hit Netflix series.

As fans witnessed, cameras caught Shake on numerous occasions discussing his lack of attraction to Deepti with co-stars and family members after he proposed to her – sight unseen – in the pods.

The two seemed to connect on a deep emotional level, but had issues with intimacy once they were together in the real world.

Deepti eventually said “I don’t” to Shake at the altar on their wedding day, telling her mother in an emotional scene that she was choosing herself over a man that failed to see her worth.

“I think I handled the situation as best as anybody in my situation could,” Shake said in his IG video. “And at the end of the day, I’m going to live my best life going forward. And you don’t have to like me. Only I have to like me, thankfully. And that’s real life.”

“You minimized my sister’s life by making some awful and cringeworthy comments about her,” he and his partner, Hina Merchant Vempati, wrote in a joint open letter shared to Instagram over the weekend.

“Now normally I don’t get involved in drama but I’mma defend my sister here: ‘Shake’, bruh, you’re a loser. You made these statements knowing your own mom would one day watch it; my parents and my entire family had to sit through you talking behind my sister’s back about insecurities she fought her entire life.”

The pair then sent love to Deepti, writing, “We wish you didn’t pick that 🤡 [clown] but despite his childishness, you carried yourself with grace and continued to see the good in people.”

They added, “We’re so damn proud to call you our baby sister, and know we’re there for you always.”

After leaving Shake at the altar during the Season 2 finale of “Love Is Blind,” Deepti said in a confessional that she doesn’t think her ex “realizes what he just lost.”

“A little time from now, he’s gonna look back and realize he lost the best thing of his life,” she said at the time. “And when that day comes, I’ll be long gone. To me, that’s heartbreaking, but I have to see my worth and move on. He doesn’t deserve me.”