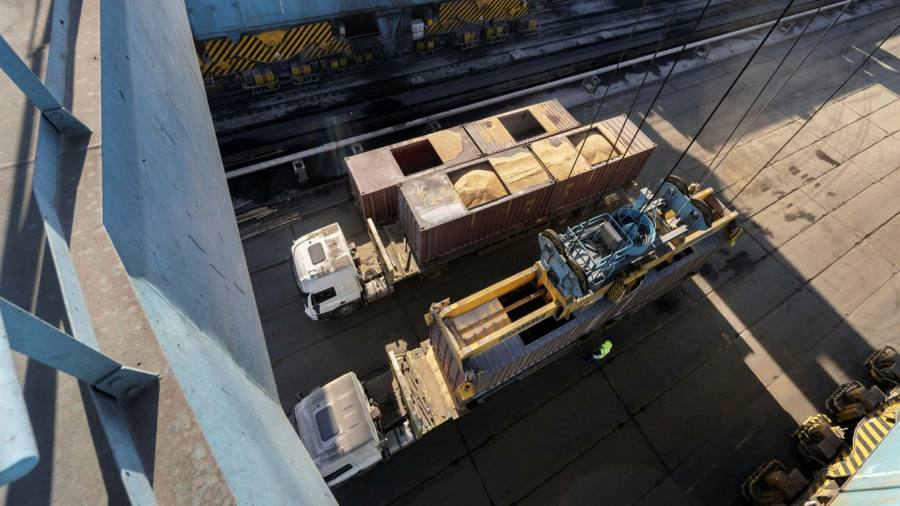 As the global elite gathered for the World Economic Forum this week, various multilateral organisations and governments have warned of what could become the worst food emergency in decades.

The war in Ukraine has ground agricultural commodity exports from the country to a virtual halt, and has come on top of deteriorating food security caused by droughts and the pandemic.

Since the invasion, wheat and corn prices have increased 41 per cent and 28 cent respectively, as Russia and Ukraine combined represent about 30 per cent of global wheat exports, with both countries having a large share of corn and sunflower oil export markets.

The conflict has also caused a sharp rise in energy prices, which has increased some countries’ reliance on biofuels, made from grains and oilseeds, to limit price increases in petrol and diesel. In Europe and elsewhere, skyrocketing prices of natural gas, a key ingredient for fertiliser, has further added to price pressures in agricultural markets.

But the energy crisis must not be allowed to cause hunger catastrophe and the ties between energy and agricultural markets need to be weakened.

The production of biofuels uses about 4 per cent of arable land worldwide, corresponding to 32 per cent of world sugar production, 12 per cent of corn, and 15 per cent of vegetable oils. There is significant interchangeability between crops grown for biofuels, animal feed, and food, even though these are not perfect substitutes for each other. A 50 per cent reduction in the amount of grain used for biofuels in Europe and the US, two leading biofuel producers, would compensate for all the lost exports of Ukrainian wheat, corn, barley and rye, according to the World Resources Institute.

Greater demand for biofuels was a main driver of the 2007-2008 food crisis, along with trade shocks in the food market and rising oil prices that led to increased costs of cereal production. These conditions are also prevalent in the current crisis. If high food prices persist, alternative sources of food supplies could be freed up by easing biofuel mandates.

While cuts to biofuel production would have a large impact on food supply and prices, the impact on fuel supply would be limited. The maths are simple. Whereas humans need about 2,000 calories a day to survive, a single litre of bioethanol contains 7,000 calories, enough to feed a human for 3.5 days. The US, a leading ethanol producer, uses 30-40 per cent of its corn supply for biofuel, to produce only 5 per cent of domestic fuel for transport.

On the fertiliser front, prices have increased 250 per cent since the end of January, and has led some producers to reduce output. The principal cause is the surging price of natural gas, a main input for nitrogen fertilisers such as ammonia and urea.

Russia and Belarus are big exporters of potash, another key crop nutrient. Record fertiliser prices could result in global agricultural output falling by tens of millions of tonnes, according to IDFC, an agriculture non-profit, and the International Rice Research Institute, enough to feed hundreds of millions of people. To mitigate the risk of catastrophe, multilateral organisations have issued calls for countries to avoid export bans on food and fertiliser.

While such moves are important but unlikely to be sufficient in curbing price rises, a temporary limit on biofuels, and safeguarding natural gas supplies for fertiliser production, could go a long way towards mitigating the risk of food scarcity and famine.

In food exporting countries, however, policymakers, farming and biofuel lobby groups, and voters may be more concerned about rising fuel prices, and the revenues that biofuels bring. Similarly, policymakers in Europe and elsewhere have so far been more concerned with replacing Russian gas used for energy generation than with making natural gas supplies available for fertiliser.

Whereas during the 2007-2008 food crisis there were high-level calls for a five-year biofuel moratorium, this time reactions have been muted. Only a few countries have taken steps to reduce the production of crop-based biofuels. There are also no international mechanisms to ensure prioritisation of natural gas supplies for urgently needed fertiliser. If Covid-19 taught us anything, it is that government policy matters. As does international co-operation.

Governments and international organisations must ensure that measures to mitigate energy price growth do not imperil the food security of the millions already struggling to feed themselves and their children.

Håvard Halland, Rüya Perincek, and Jan Rieländer are executives at the OECD