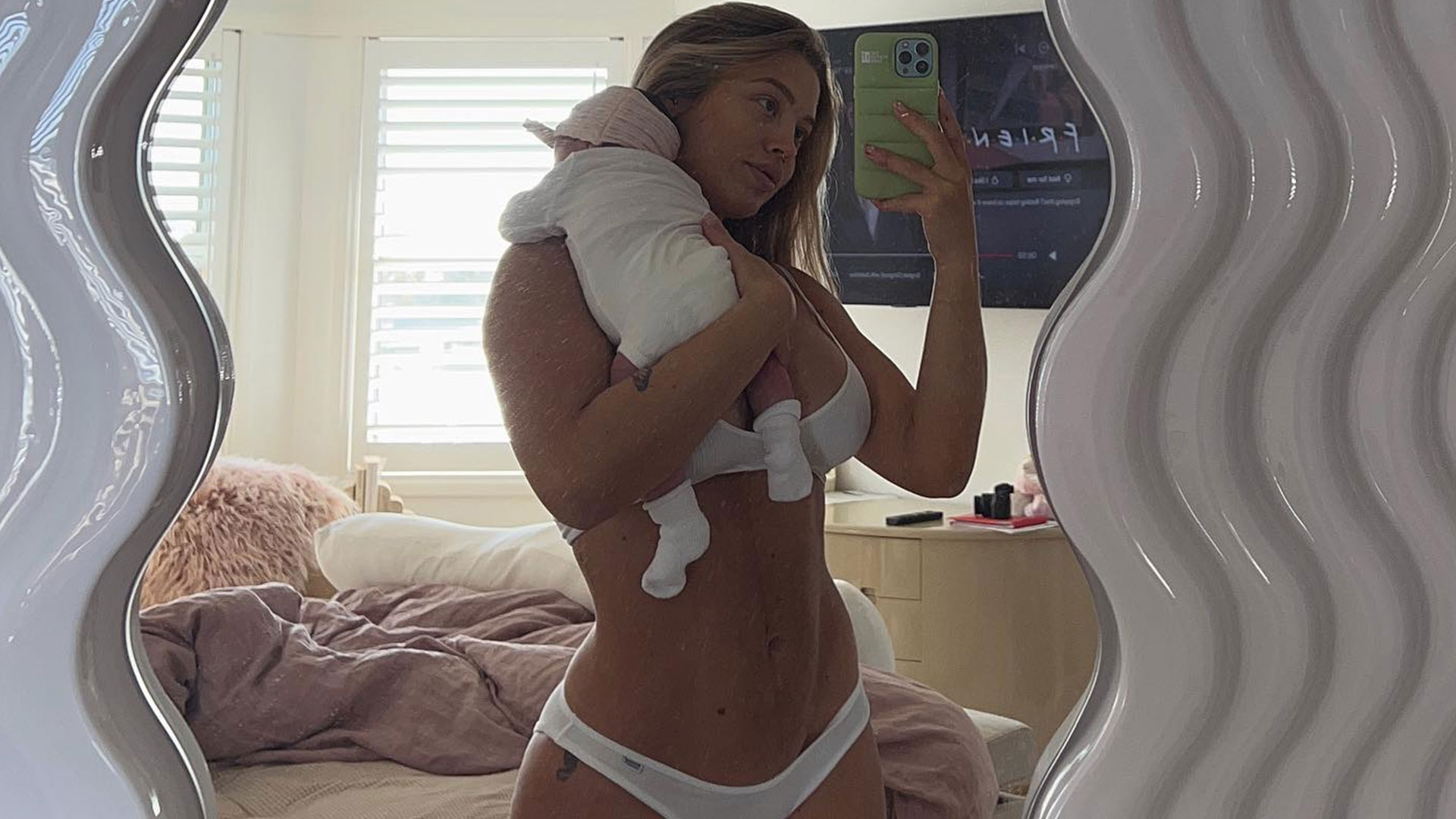 TAMMY Hembrow showed off her incredible curves in lingerie less than a week after giving birth to her third child.

The fitness model – who used to be BFFs with Kylie Jenner – wowed in a white bra and pants while cradling her newborn daughter.

The 28-year-old also revealed details of her “dramatic” birth and said she suffered “severe hemorrhaging”.

“Almost 1 week with my Posy girl, feeling far from human right now but soaking in every second,” she wrote.

“Her birth was a lottt quicker & a lot more dramatic than we expected & I did have pretty severe postpartum hemorrhaging, but I am so blessed she arrived safely & still had such an amazing experience that I’ll never forget.”

Tammy added: “(Can’t say I want to do it again any time soon lol women are incredible).”

The fitness star announced over the weekend that her “perfect little girl” was born in an emotional Instagram post.

She revealed she gave birth during “an unmedicated VBA2C (Vaginal Birth After Two Cesareans).”

This means that if an individual had given birth via C-Section twice, their provider might consider a vaginal birth, according to the American Congress of Obstetricians and Gynecologists (ACOG).

Tammy described the third birth as the “absolute hardest yet most rewarding thing I’ve ever done.”

In the series of images, the Saski founder held her crying newborn daughter in her arms.

This is her first child with her fiancé, Matt Poole.

While Tammy was quick to announce her newborn’s name, Kylie has yet to reveal her son’s name – more than four months after his birth.

The Kylie Cosmetics founder initially named her son Wolf before retracting the moniker after being accused of copying Tammy’s eldest child’s name.

Following Kylie’s announcement of the name change, sources claimed she and Travis weren’t keen on the name Wolf after spending some time with him.

An insider told People: “Kylie and Travis liked Wolf, but after getting to know their son, they felt like the name didn’t fit him.

“They wanted to choose the perfect name that they both loved.”

Eagle-eyed social media users have been trying to guess the youngster’s moniker from her recent posts.

Kylie took her followers behind the scenes of the party for her baby daddy Travis Scott which included gold balloons that spelled out: “Happy Dad Day.”

In the background of the video, some easels were set up for crafts and cards alongside a table of glasses.

On the easel, there was a drawing that some fans think was made by Kylie and Travis’ 4-year-old daughter Stormi.

She drew two stick figures: one was labeled “Daddy” and the second “Jacob.”

One fan zoomed into the image and shared on Twitter: “So apparently, Kylie’s son’s name is Jacob.”

A second shared: “Kylie Jenner’s such a real one for Twilight if she really went from naming her son Wolf to Jacob.”