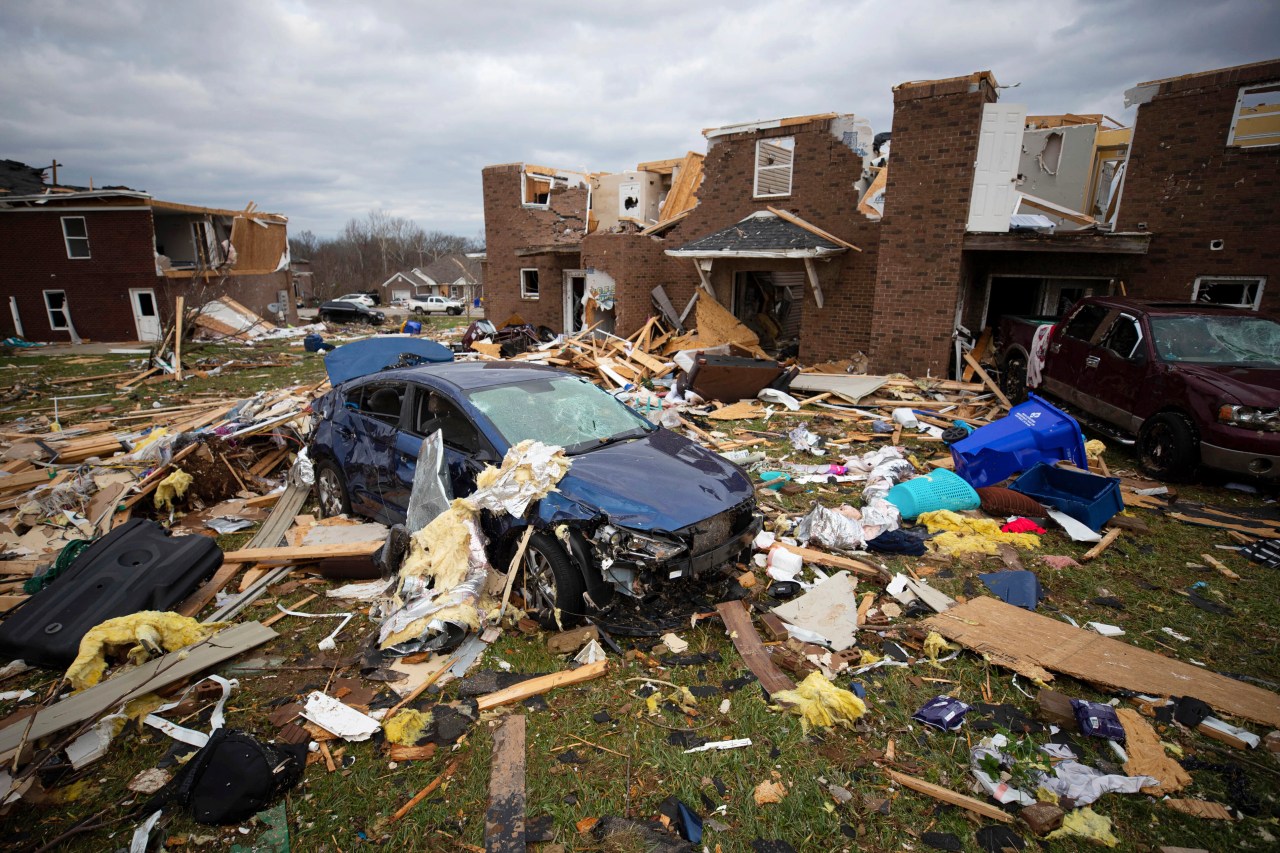 MAYFIELD, Ky. (Reuters) — Jimmy Galbreath counted his blessings too soon. His home in Mayfield, Kentucky, was battered but not broken last week by a tornado, and the 62-year-old former scrap iron worker planned to keep living there.

Then on Thursday rain soaked the state, with another downpour forecast for Friday into Saturday afternoon. As Galbreath watched, water leaked steadily into his kitchen, finding paths opened by two trees that had smashed into his house during the tornado.

“I can’t stay in here, it’s impossible,” said Galbreath, who collects social security. He said he was looking to buy a camper to live in.

“This is going to be a long haul, it’s not going to be no easy fix,” he said of his uninhabitable house.

Rebuilding hard-hit Kentucky cities like Mayfield and Dawson Springs will take years, with entire neighborhoods and numerous workplaces wiped out by the most severe U.S. tornadoes in a decade. At least 74 people in Kentucky and 14 elsewhere died in the storms.

Many homes, businesses and churches in Mayfield, population 10,000, already have blue tarps nailed over their gaping holes, but on other structures, roofs and glass-less windows remain open to the sky.

As the rain began, water quickly pooled in the streets as debris from the tornado’s destruction clogged storm drains.

Some residents opted to stay in their damaged homes after tornadoes struck last week instead of moving in with family, or into shelters, as others did. Nearly all hotel rooms within an hour’s drive of Mayfield are full, forcing even some out-of-town emergency personnel to drive a long daily commute.

Mayfield expected a further half-inch of rain on Friday, with potential for heavier amounts, and showers continuing on Saturday, according to The Weather Channel.

Once the rain passes, temperatures are forecast to dip below freezing on Sunday.

Not sure how to find us? Here’s how to watch NewsNation on air and online.

With rain on the way, he said, Team Rubicon volunteers have accelerated the pace of fixing tarps to homes across the state and helping residents move valuables to more secure areas.

One, recently opened in a Mayfield church, was empty when the rain started on Thursday but is expected to fill once the weather turns cold, a worker on duty said.

Mark Bruce, 64, who works for farm machinery dealer John Deere in Mayfield, salvaged sheet metal from tornado debris to patch holes in his roof. As rain fell, he looked up and said he hoped it would be enough.

“We think we’re in the dry. We feel very fortunate.”